TiVo has tapped pay-TV industry vet Dave Shull as president and CEO, a move made as the company makes plans to split out its product and licensing/intellectual property businesses.

Shull, the former CEO of The Weather Channel and an exec also late of Dish Network, takes the reins from TiVo's interim president and CEO Raghu Rau. Rau, who replaced Enrique Rodriguez in the summer of 2018 (Rodriguez is now CTO of Liberty Global), has been appointed vice chair of the TiVo board, where he'll aid with separation plans and with TiVo's ongoing litigation with Comcast. 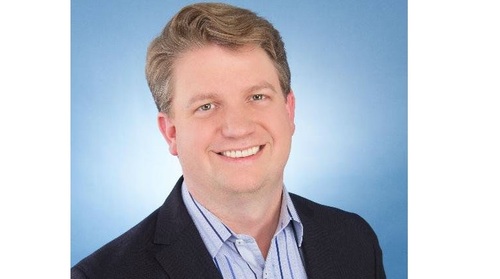 In addition to pay-TV industry expertise that came way of his time at Dish Network and The Weather Channel, Shull also has some recent OTT-TV experience via his involvement with Vidgo, a virtual MVPD that launched services in 2018.

Shull headed up The Weather Channel before the network was sold in 2018 to Byron Allen's Entertainment Studios. He was also with The Weather Company in 2015, when it sold its web properties and weather forecast data analytics technology to IBM, which, in turn, incorporated those capabilities into its Watson IoT platform.

Shull is now in position to help perform a similar feat at TiVo, which is acting on a plan to split its business into two, separate, publicly traded companies with different full management teams and boards. TiVo today reaffirmed that it expects to complete that process in the first half of 2020.

Shull "has significant M&A experience and is the right person to lead TiVo's separation process," TiVo board chairman Jim Meyer said in a statement.

Why this matters
The appointment of Shull brings on board an exec who knows how to split up and get value from a company's various assets and services.

Shull also adds more OTT video experience at TiVo, as he has served as executive chairman of Vidgo, a virtual MVPD that launched services last year. Shull, who had also taken an equity position in Vidgo, remains an investor and board advisor for the OTT-TV company, according to Shane Cannon, Vidgo's CEO.

"My understanding of the industry, experience with strategic transactions, and demonstrated ability to drive cost efficiencies can be instrumental in creating meaningful value for TiVo's stockholders," Shull said in a statement.