Ever wondered if an "agile" telco is one whose CEO does gymnastics? Or what the hell a "waterfall" has got to do with software development?

You are probably not alone. Jargon is a dirty word in the writing business, and yet it's easy to slip into bad habits when writing for a specialist audience. All too often, technology writers depend on the reader's supposed familiarity with ill-defined expressions. The vagueness of those terms can also betray a writer's laziness (if he or she can't be bothered to explain or figure out what something really means) or lack of understanding. 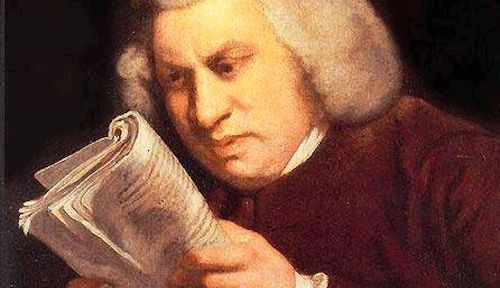 This is not about acronyms and technology terms with a very specific meaning, such as 4G (fourth-generation mobile) and FTTH (fiber-to-the-home). Indeed, many of the words and phrases that sow confusion probably turn up in writing about other industries. And they are a hallmark of some consulting firms, which have made a living by coining jargon and then using it to hoodwink their clients.

Writing a Friday-afternoon story like this means facing up to one's own infractions, and there are doubtless many occasions on which your correspondent has strayed off the path of clear prose and into the jungle of jargon. But it's good to remind oneself of the worst offenses. Here are some of the top contenders:

Clearly, there are many more expressions that qualify for Light Reading's jargonosaurus. Stock consulting phrases like "hit the ground running" and "low-hanging fruit" are perhaps too hackneyed and generic for inclusion here. But please write and suggest further entries, or if you know what a waterfall is when it's not the Niagara Falls.

kq4ym 7/27/2018 | 9:33:35 AM
Re: Here's another one I sometimes wonder where this tendency to add lots of adjectives and make up new noun words may come from. Maybe it's the news writers, especially in television news where every attempt is make to keep viewers glued to the program and inserting extra catch works might just work. Or maybe we're getting it from the publicy writers that the larger companies use to promote the latest products and brand names, trying whatever might work to keep their latest in people's minds as the best there is?
Reply | Post Message | MESSAGES LIST | START A BOARD

Roz Rose 7/13/2018 | 3:39:00 PM
Re: Thinking outside the box Just ensure that during your ideation session that you utilize a harmonized, federated and holistic methodology that is extensible to myriad disparate use cases to facilitate ubiquitous leveraging of innovations.
Reply | Post Message | MESSAGES LIST | START A BOARD

Duh! 7/13/2018 | 3:27:13 PM
And another... One of my biggest gripes is misuse of the word "bandwidth". As any second-year EE student knows, bandwidth refers to a range of analog frequencies. When quantified, it is always dimensioned in Hertz (Hz), as in "The FCC is now proposing to open up 500MHz more of spectrum for 5G use." (Dan Jones gets a √ for this sentence). The notion of bandwidth is a cornerstone of information theory, the basis of  communications engineering. See, for example, Shannon's Theorem.

Bandwidth does not properly refer to the information carrying capacity of a channel, as in "GPON has a downstream bandwidth of 2.5Gbit/s", or rate, as in "the carrier offers bandwidths up to 1 Gbit/s". The proper sentences are: "GPON has a downstream capacity of 2.5Gbit/s" and "the carrier offers maximum data rates up to 1 Gbit/s".

Confession: I sometimes commit this abomination in my own writings, in works intended for lay audiences.
Reply | Post Message | MESSAGES LIST | START A BOARD

James_B_Crawshaw 7/13/2018 | 3:16:59 PM
Thinking outside the box Hi Iain. We should really touch base offline about this. I think you've only got the low hanging fruit so far. Going forward if we strategize with an idea shower and take a helicopter view I'm sure we can find some more examples. I don't have the bandwidth to discuss right now and next week I'll be OOO on PTO but I don't think we should let the grass grow too long on this.
Reply | Post Message | MESSAGES LIST | START A BOARD

Generally used to justify improvements to be achieved by "going Agile".

The term has been around for decades in software development, now it's extended to any kind of project.