Tareq Amin, the Che Guevara of the telecom industry, is on a mission to prove his naysayers wrong.

After leading a successful technology revolution in India as networks boss at Reliance Jio, the man who is arguably the telecom industry's most exciting technology executive was lured to Japan to see if he could topple the establishment in a far more advanced market. As chief technology officer of Rakuten Mobile, he is using tools that originated in the IT industry to construct a state-of-the-art mobile network. His claims are bold: One is that the finished network will employ just 350 people in operations, instead of the thousands typically required; another is that it will be 40% cheaper to build than a traditional network.

Rakuten, a Japanese e-commerce giant, has already made good on its promise that customers will benefit: The prices it recently announced for its soon-to-launch 4G service are about half the rates charged by rivals. But much of the analyst world and telecom industry remains skeptical. Particular concern surrounds Rakuten's use of "open" radio access network (RAN) technology, which critics say comes with major performance constraints. Using it with 4G is difficult enough, they argue. In a high-performance 5G network, it is unthinkable.

Yet several months from now, Rakuten plans to follow its 4G launch with the introduction of a 5G service also based entirely on open RAN. As more established operators tinker with and trial the new technology, Rakuten's commercial launch will be a world first. Amin is eager to quash the doubts before the service is turned on. 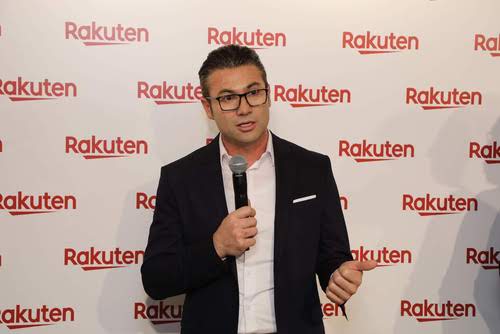 When a single vendor strategy makes sense
The first thing to note, he tells Light Reading during an in-depth conversation about his company's plans, is that Rakuten is using just one software vendor to support its entire RAN  meaning the femtocells deployed in people's homes, the enterprise small cells and the 4G and 5G macro network. Altiostar  the US software company that fills this role, and in which Rakuten has a majority stake  is already providing the software used with Nokia's 4G radios. In the 5G network, it will support equipment provided by Airspan, another US company, and Japan's own NEC.

"It is a single vendor strategy per domain, which allows us to achieve an easier way of how we do systems integration, and the cost is remarkable when you start separating hardware from software," says Amin. This separation is what partly differentiates an open RAN from a traditional one, in which hardware and software would come from the same supplier and be impossible to pry apart. The idea is to spur RAN competition to the big three of Ericsson, Huawei and Nokia. Step up Airspan and NEC.

Airspan has been developing products for the 40MHz of millimeter wave spectrum that Rakuten has secured in the 28GHz band. Ideal for supporting superfast services, but lousy when it comes to wide area coverage, these mmWave products are initially destined for use in the "concrete jungle" of Tokyo, Amin explains.

What makes them even more interesting in an open RAN context is that Rakuten has relied on Qualcomm, a company better known in the market for consumer devices, as a provider of the baseband components that process mobile signals. Using chipsets based on device designs has brought a cost advantage, says Amin. "More important is what they have done with the integration of baseband and RFIC [radio frequency integrated circuit]," he adds, noting that Qualcomm also developed much of the software used for hardware management.

Alex Choi, the senior vice president of strategy and technology innovation for Germany's Deutsche Telekom, thinks Qualcomm's role in open RAN could be critical. "Today, Intel is the only one that contributes Layer 1 solutions to the open RAN community, which is not good enough," he told Light Reading during an interview several weeks ago. "Once we find another very good silicon partner, like Qualcomm, and they bring their own modem solutions not only for the device but also for the open RAN infrastructure side, it will be a lot easier."

Nevertheless, Choi continues to hold Intel's technology in high regard, and it is to Intel that Amin turned when developing Rakuten's 4G products and 5G equipment compatible with the 100MHz of spectrum it holds in the 3.7GHz band. In 4G, Finland's Nokia provided the radio units. When it came to the sub-6GHz 5G rollout, NEC was chosen for this component. "It is built, manufactured and engineered in Japan at a significant cost reduction to what you see with global partners," said Amin during the press conference at which his company first unveiled tariffs.

Altiostar's software has been essential, and not only because it is the sole vendor in this network domain. One of the big challenges for the entire industry has been figuring out the appropriate "functional split," meaning which network functions go into baseband and which should be done at the radio site. Altiostar's products are based on what specifications groups call "Option 7," which shifts nearly all functions into baseband. By leaving hardly any functionality in the radios, this simplifies hardware requirements and should help to cultivate a market for standardized kit, said John Baker, the senior vice president of business development for Mavenir, a competitor to Altiostar, during a previous interview with Light Reading.

The downside of Option 7 is that it puts a lot more pressure on the fronthaul, the link between the radios and the baseband units. To cut down on site costs, Rakuten is moving all equipment bar radio heads and antennas into edge data centers that will need these fronthaul connections. So far, there are 252 such facilities supporting about 3,700 sites, mainly in Tokyo, Nagoya and Osaka. But when it is eventually finished, the network will comprise 4,000 edge data centers along with about 45,000 4G basestations and some 35,000 5G ones, according to Amin. "We have targets to finish the network in the next two to three years to cover 96% of the population," he says. "It is an aggressive target, but I am confident that on leasing, contracting, permitting and construction it is achievable, and it is just fronthaul connectivity and dark fiber that we have to address." 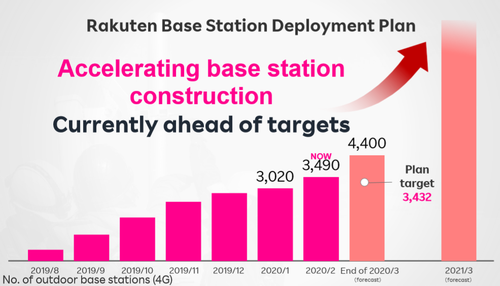 Performance constraints
Tackling fronthaul should at least be more straightforward in a fiber-rich market like Japan than certain other countries. The prevailing concern for many is about the general-purpose processors that are used in open RAN deployments. Deutsche Telekom's Choi has cited the drawbacks: "If you have an ASIC [application-specific integrated circuit] for baseband processing, it is always cheaper than using a general-purpose processor, like an Intel processor."

Amin is typically sanguine, pointing out that similar concerns were aired about the core network just a few years ago. While the problem of higher computing costs has yet to be entirely overcome, Rakuten has been able to offset these in other ways, he says. "The ability of software to improve is just remarkable." Deutsche Telekom claims to have witnessed similar software successes during recent trials that involved making improvements to radio resource management. "In total the overall cost can be lower than in the case of using a traditional platform," said Choi.

In Rakuten's case, automation has also been absolutely critical. As a greenfield operator, building entirely from scratch, Rakuten is not burdened by the legacy IT platforms and back-office systems that hinder most other telcos. It maintains one OSS (operational support systems) platform unifying more than 170 functions under a modular app. There are no field operations staff or traditional back-office functions whatsoever, according to Amin. Today, the entire operations team comprises about 175 employees and it is never expected to have more than 350. Each of Japan's other service providers employs thousands of people in this area, says Amin.

Notwithstanding the current global crisis triggered by the spread of COVID-19, the industry is waiting to see what happens when Rakuten eventually goes live in April. Amin has continued to exude confidence in his claims. The mmWave service promised later this year will provide 9 Gbit/s at the cost of outdoor WiFi, he says. Activating a Rakuten basestation takes just eight and a half minutes, compared with up to three days in a traditional setting, he insists. Perhaps no other network launch ever will have been so closely monitored. But if Amin's cool proves justified, the world might just gain a few more network chiefs with revolutionary intent.

A  is a lawyer who is well versed in solid expertise and outstanding skills. Having that convergence, the lawyer must go through the time of cultivating and honing proficient legal knowledge and skills from their schools, lives and experiences when practicing law.