Huawei has a lot riding on its newly launched Huawei Mobile Services (HMS), its own suite of apps and services to replace Google.

The prohibition on Google Mobile Services (GMS) as part of the current US trade restrictions puts key apps such as Chrome, Gmail and Google Maps out of reach of the Chinese firm.

While Huawei says it has been barely affected by the ban on US network component supplies, thanks to its inventory buildup and the ability to source parts through third countries, the GMS ban threatens its global handset business.

The company unveiled Huawei Mobile Services (HMS) and an app market based on HMS, the App Gallery, at an event in Barcelona on Tuesday. It also announced the Honor V30, the first HMS-equipped handset.

GMS's absence is not a big deal in China, which Google exited a decade ago, but obviously it matters a lot to non-Chinese consumers.

There isn't a way for users outside China to safely access those apps without GMS core. Just last Friday, Tristan Ostrowski, legal director for Android and Google Play, warned Huawei smartphone users against sideloading Google apps "because we do not allow these services to run on uncertified devices where security may be compromised."

Speaking at the launch, Huawei consumer business unit chief Richard Yu rather ambitiously pitched the Huawei app market as one of the world's top three worldwide. 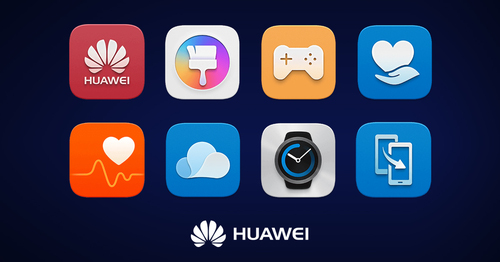 With 400 million monthly active users, 1.3 million developers and 55,000 apps based on HMS core, it has some scale. But to put it into context, Huawei's app market isn't even the biggest in China  it ranks second behind Tencent's My App.

Globally it is barely a rounding error compared to Google Play Store, which counts 2.5 million apps, and the App Store's 1.84 million for the iPhone user community.

The overwhelming number of mobile developers worldwide  estimated at around 14 million  are also focused on one or both of the two major platforms.

A lesser problem is the operating system. Huawei is still allowed to use Android, but has been trying to repurpose its own Hongmeng OS, originally developed for low-powered IoT devices, for smartphones.

Hongmeng is still a work in progress, but HMS does have a few things going for it.

And it has deep pockets, launching a $1 billion fund for developers last year.

It may also benefit from a rising tide of anti-Google sentiment. EU antitrust regulators have hit Google with series of big fines, including a record 4.34 billion ($4.72 billion) fine for forcibly bundling Chrome and other apps with Android.

Some handset-makers might welcome the marketplace alternative to GMS. But it really comes down to HMS.