China culls unprofitable 5G use cases as it narrows focus

After throwing resources at thousands of industry use cases in the past two years, the China 5G industry has abandoned most of them to narrow its focus.

The big operators and vendors have concluded that most of the apps they have built are "showroom-only" that have little commercial potential in the Chinese economy. That includes high-profile use cases such as remote surgery and 5G VR online concerts, which are considered either too niche or too expensive. 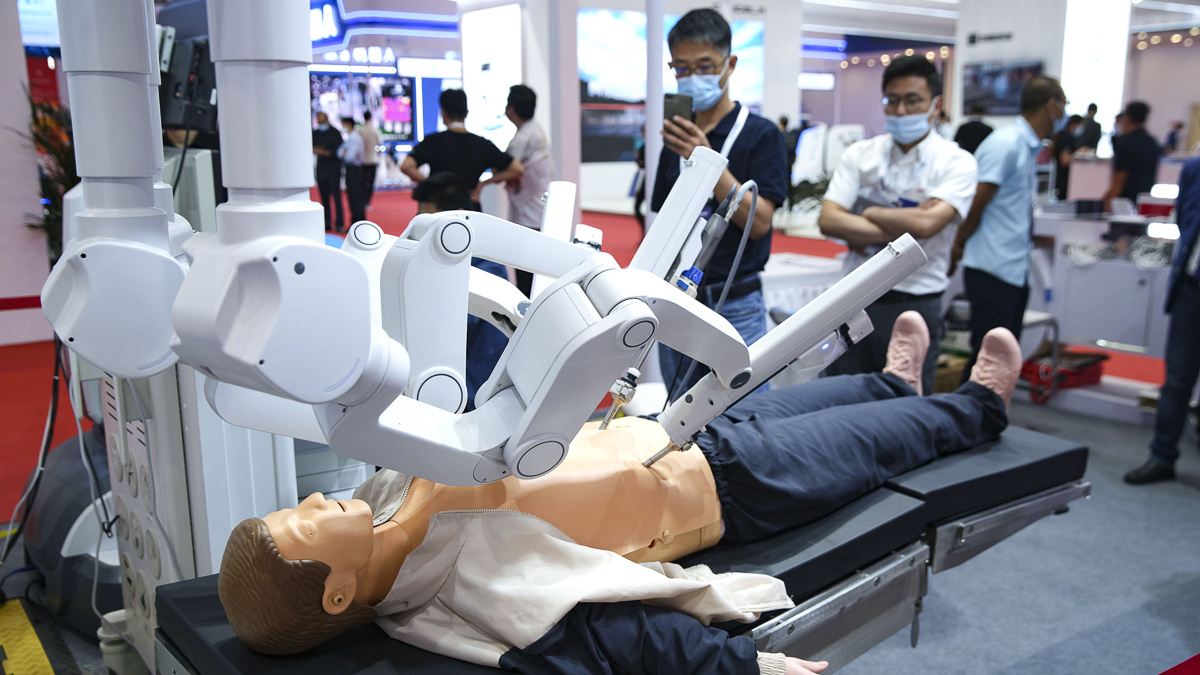 Cut it out: China's 5G industry has decided that things like remote surgery (above) are no longer a priority.
(Source: Sipa US / Alamy Stock Photo)

Instead, the industry is turning its attention to building out commercial apps that can be replicated and developed at scale, local media have reported.

This is quite a shift. Since even before the launch of 5G in 2019, the three telcos, along with Huawei and ZTE, have been building out huge numbers of use cases with industry partners in order to spark industry interest and usage.

In a stock exchange filing, China Mobile said last year it had rolled out 470 enterprise 5G projects, launched nine industry platforms and built 2,340 showcase apps for 15 industry segments. China Telecom said it had signed contracts with around 1,900 5G customers and launched 1,100 use cases.

The change in direction has an air of inevitability about it. The telecom players found they were unable to turn hundreds of expensively customized applications into a scale business. They have also struggled with the very different kinds of customer engagement, product development and business case development required.

Lu Qingjun, director of the National Telemedicine and Connected Health Center, said the organization was testing a dozen 5G use cases including mobile ward rounds and medical imaging. But it had abandoned remote surgery, despite its great potential, because of the huge cost, he told Economic Observer.

A China Telecom exec said the company had established project relationships with nearly 5,000 customers. But out of thousands of 5G projects, it was retaining just 360, with plans to make further cuts next year. The "showroom" applications were ultimately just a promotion for 5G, the executive said. The best way forward for operators would be to implement a set of standardized solutions that enterprise clients could customize.

On the vendor side, Huawei's recent formation of four new business teams has also been driven by a need to maximize resources on the most promising 5G areas. It is culling business segments and use cases that can't get scale in the Chinese economy, for example, high-end manufacturing. Huawei had deployed a 5G private network for state aircraft-maker COMAC, but it won't pursue the business further because potential customers are few and far between.

Instead it is leaning heavily into the coal industry, which is set for another growth spurt as China grapples with its energy crisis. Early this year, Huawei set up a dedicated coal team with more than 200 staff  the largest it has allocated to any enterprise segment.

As an industry that operates at scale, plays a critical role in the economy and is willing to invest in digital technologies, coal is a valuable target for 5G technology, Huawei said.