Big Data Is Slowly Paying Off for Axiata

For most telcos, the data lake is still a murky environment where experts struggle to sift the valuable nuggets from the heaps of redundant information. But Axiata has already turned up a few gems. The Malaysian telco has been using data analytics to cut unnecessary spending on network rollout, and its data activities are now organized along different business lines to a rigorous degree. Axiata is even starting to combine network and external sources of data to improve performance.

Using analytics to aid network planning is a big deal in Asia, where some telcos have been investing up to 35% of their revenues in capital expenditure, against European levels of 15% to 20%. "The importance of analytics for marketing and sales is overstated, but people are underestimating its importance for network planning," says Pedro Uria-Recio, the man in charge of Axiata's analytics operation. 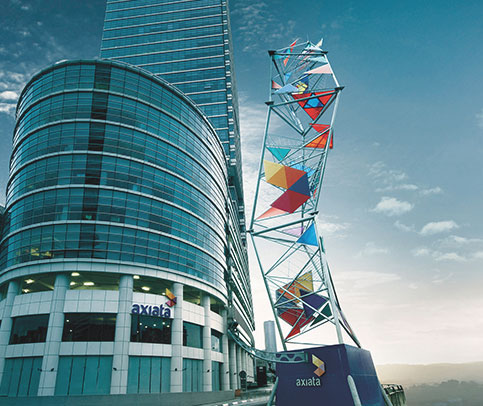 Meeting with Light Reading at this month's Digital Transformation World event in Nice, Uria-Recio says Axiata's first use of analytics for network planning came in Indonesia in 2016. That ultimately paid off last year, he says, when Axiata's market share grew at the expense of its Indonesian rivals. In 2018, the impact of analytics across the entire business was calculated at roughly $80 million.

For a business generating $5.7 billion in annual sales, that sounds relatively small, and it is unclear how Axiata arrived at its $80 million figure. But analytics could become vitally important as the operator starts to invest in higher-speed 5G networks that might not deliver an increase in connectivity revenues.

By fine tuning its analytical models to reduce capex, Axiata could avoid building out too much network capacity and ultimately slash spending by as much as a fifth, according to Uria-Recio. The alternative is to focus on boosting latent demand -- or potential revenues -- where an increase of 10% to 15% is feasible, he thinks. Axiata is currently setting up a framework to measure the full impact of analytics as a key performance indicator: Incremental revenues are added to cost reductions and then shown as a percentage of earnings for each operating business.

Such models could be instructive for other telcos that want to know where to focus their 5G investments and where 2G and 3G systems can be decommissioned. But while network planning may hold out the most promise, it is just one of four broad categories that Axiata's data specialists have targeted. Marketing, customer experience and digital represent the other three, with a data engineering unit providing support across them all. Customer experience is largely about using artificial intelligence in call centers and to support fraud detection, while the digital effort looks at customer interactions with websites and apps, Uria-Recio explains.

In total, some 170 people -- including data scientists, engineers and other professionals -- currently work in analytics across an organization that had about 12,000 employees last year. At each of Axiata's 11 key subsidiaries, an analytics team reports back to a group function with 46 members of staff. Uria-Recio sits atop the pyramid.

His skepticism about the importance of analytics on the marketing and sales side does not stem from any lack of data expertise, he says. "The big problem here is the telecom channel with the clients, which is becoming less and less relevant," he explains. To extract value from insights into customer behaviour, Axiata must interact with its clients through text messages or apps. Nobody reads the former, says Uria-Recio, and app penetration remains low in many countries. "You can use a call center, but that is expensive," he adds.

Axiata is, however, trying to position analytics as an external sales opportunity. Advertising and mobility form two broad "use cases" for the operator. Sensors that calculate footfall in a shopping center, for instance, could generate valuable insights for retail outlets. "It is an opportunity that will take some years to materialize," says Uria-Recio. "Telecom operators don't have the agility of a startup."

Conscious of the need to run such activities at arm's length from the main telco business, Axiata has already set up an advertising business called Ada (standing for analytics, data, advertising). Formed in 2017, and employing about 250 people, Ada is billed as the largest digital marketing agency in south Asia and today serves around 200 accounts. Boost, another spin-off focused on digital finance, provides mobile money services to about 3.5 million Malaysian customers. A third venture called Apigate is building a digital platform that allows local businesses to address millions of consumers.

The contribution these digital businesses make to overall sales is likely to be very small, however. Right now, the bigger pay-off may come from gathering data outside the telecom world and combining this with network analytics to improve performance at the core business. "Telecom data as such is not enough to transform the business because managers have been exposed to it for decades and have their own intuitions," says Uria-Recio. "We have to invest in getting external data."

It is not hard to see why mapping information, indicating the shape of houses or the location of high-income neighborhoods, would be handy for a telco. Social media data generated by Google and Facebook would also aid network planning if it is made available, says Uria-Recio. And even meteorological data would be useful, he adds. "When it rains too much you can have blackouts," he says. An Axiata in possession of detailed weather forecasts could dispatch technicians before outages occur and avoid too much disruption. The owners of prized data sets must be rubbing their hands.