Toyota tries putting the Apple Car back in its box

Apple is fervently trying to enter the car market, but Toyota's president offered a sharp rebuke, warning the tech company the car business may be harder than Tim Cook's company thinks.

"After making a vehicle, I'd like them to be prepared to deal with customers and various changes for some 40 years," quipped Toyota President Akio Toyoda on Thursday to a trade body he chairs.

Cupertino may be five years away from making an autonomous, electric automobile carrying the Apple brand. Meanwhile Toyota still reigns as the world's largest carmaker by number of vehicles sold. 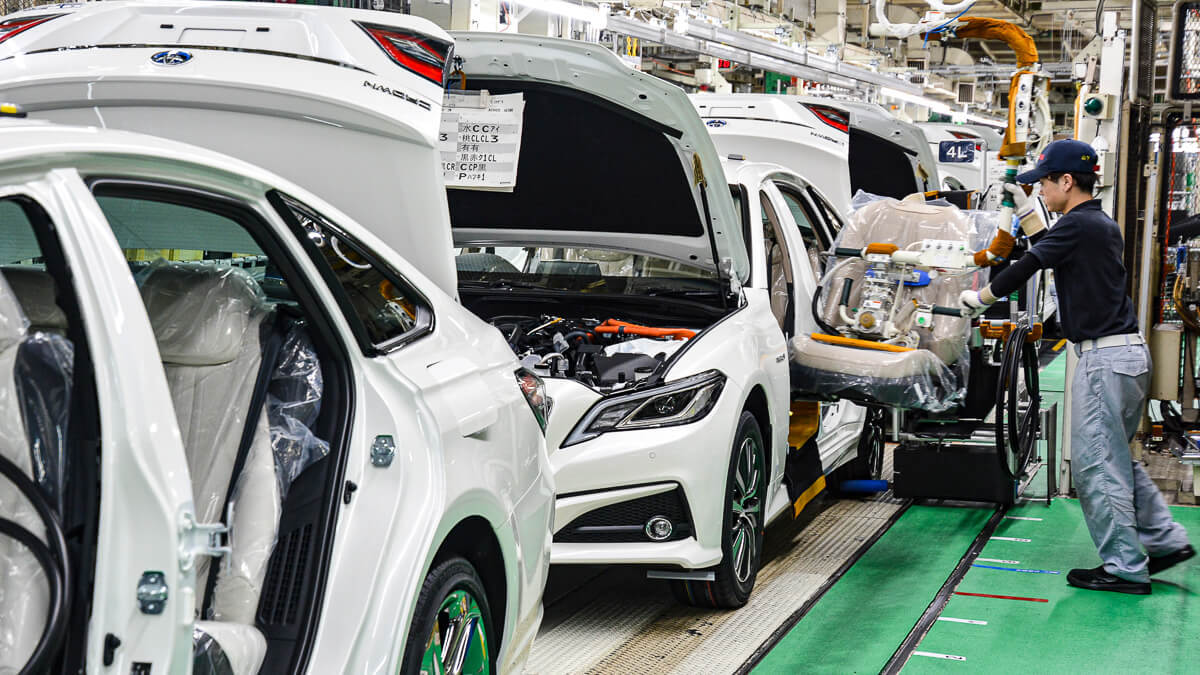 Get in line: Toyota chief Akio Toyoda has warned Tim Cook that Apple might not find the motor industry as easy to crack as he thinks. (Source: Toyota).

But Apple has been the gossip of the car industry nonetheless, as it scours for a carmaker partner. Even if it must overcome automakers' fears of becoming the "Foxconn of the auto industry," the Taiwan-based company that makes half the world's iPhones in a factory in northeast China.

Talks with Nissan about concocting a self-driving car together broke up after a row over branding. Other Japanese carmakers like Mazda, Subaru, and Honda also have been coy on whether they would consider a deal. But there is the double edge of how former Japanese stalwarts like Sharp and Panasonic have faded from global consumer brand status to supplying components to Apple and Tesla.

South Korea's Hyundai also recently made, then retracted, a statement saying it was in talks with Apple. Behind Toyoda's disparaging remarks may thus lurk an undercurrent of broadly shared fear about whether Apple may succeed in disrupting the automotive market, if it succeeds in gaining a foothold in it.

Data you can drive my car

Cars are increasingly data platforms, as already been shown by the success of Elon Musk's Tesla as a tech company on wheels.

Musk tried to sell Tesla to Apple at a period when the company was within a month of bankruptcy, during the chaotic early production of its Model 3, he admitted in late December. But Cook refused to take his call, Musk says. Meanwhile, carmakers have struck their own deals with telcos.

And Hyundai has rolled out an open-platform data developers' portal, to give startups access to data gathered through all its connected cars.

Get enough connected cars on the roads and you can do much better dynamic routing, with each car that slips over a pothole informing coming cars to watch out for it.

Cooking for a prom date

If car companies are reluctant to help Apple disrupt their sector, then Cupertino may be increasingly likely to look to a longstanding contract manufacturer like Foxconn and Magna.

Foxconn, for example, has never minded terribly that its name doesn't appear on the iPhone. Or if it did, enormous annual orders have encouraged it not to. And possibly trailing its coat to a broader relationship with Apple, Foxconn has paired with US electric car startup Fisker to make a quarter of a million cars for it annually.

It also made a partnership in February for China's Geely, which owns Volvo, Polestar and Lotus.

Magna is another company you've possibly never heard of. Even if your BMW 5-series, Mercedes G-class, or electric Jaguar I-Pace was in actuality made in Austria by its subsidiary Magna Steyr. Its strong carmaking chops may make it an extremely strong contender. Apple already courted it five years ago, when its carmaking ambitions first started.

So with other dance partners lurking for Apple, there may be more edge to Toyoda's quip.