Taking a leaf out of the COVID-19 playbook of Telefónica CEO José María Álvarez-Pallete, the Spanish giant's German operation said it was "not immune" to the pandemic.

And just like Álvarez-Pallete, Telefónica Deutschland  on presenting its Q2 results  very much wanted to give the impression it was "resilient" in the face of what is an unprecedented crisis.

Year-on-year turnover was up a microscopic 0.3%, to 1.79 billion (US$2.1 billion), largely because of a decline in mobile services revenue.

Helping handsets
"Growth" would have gone into negative territory were it not for "sustained handset and fixed revenue growth."

It said government-imposed restrictions, particularly mandatory closure of O2 shops between mid-March and the end of April  Telefónica Deutschland operates under the O2 brand  resulted in "weaker trading." 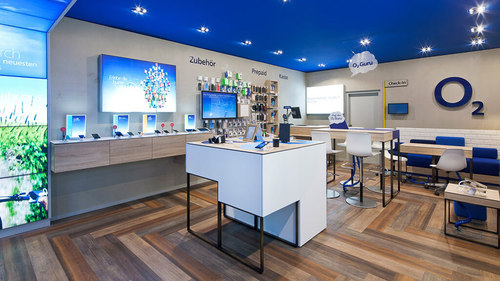 If that wasn't enough to be getting on with, "worldwide travel restrictions compromised roaming patterns."

But it's not all doom and gloom. Because of a pickup in trading conditions towards the end of the quarter, Telefónica Deutschland stuck with its full-year guidance of flat-to-slightly positive revenue growth and profits.

Telefónica Deutschland claimed it was preparing 5G network rollout in Germany's "top five" cities but appears in no rush.

Huawei's uncertain RAN fate in Germany might be a reason for caution. Bonn is not expected to make up its mind about the Chinese supplier until September.

Although Telefónica Deutschland has signed preliminary contracts with Nokia and Huawei for 5G RAN kit, CEO Markus Haas claimed supplier contingency plans were in place in the event that Germany gives Huawei the elbow.

"We have contracts with all the main vendors and would be in a position to make a switch within a few weeks," Haas told reporters on a Q2 conference call.

Telekom Deutschland, which seems committed to Huawei until the coalition government says otherwise, claims to cover some 40 million people (half of Germany's population) with 5G.

There were some "temporary supply chain disruptions" for key LTE elements, but these have apparently been solved.

The country's mobile network operators have been getting it in the neck from BNetzA over missed coverage targets. The regulator, much to Telefónica Deutschland's irritation, has threatened to impose penalties if coverage targets aren't met by the end of this year.