Back on March 3, a big percentage of the world's telecom executives would have felt rather like Will Smith did early this week  not embarrassed about slapping Chris Rock in public, but nursing a hangover after a night of revelry and trying to reconstruct what happened from the damaged footage playing in their minds. For many, 'twas the final evening of Mobile World Congress Barcelona and an excuse to celebrate their release into the telecom jungle after a three-year COVID-19 hiatus.

In that state, relatively few people would have bothered reaching for their laptops and downloading Nokia's just-published annual report. This was no attempt by the Finnish vendor to bury bad news. It had already reported full-year numbers, enjoyed a good final quarter and always cranks out the annual report around that time of year. The document is mainly for the benefit of shareholders, too, most of whom were probably not boogying in Barcelona.

Yet its annual report is the only place where Nokia publicly discloses details of headcount, and this year's results are more interesting than ever.

Under the turnaround plan conceived by Pekka Lundmark, Nokia's current CEO, the company aims to prune staff numbers to between 80,000 and 85,000 by March next year. The aim is to cut annual costs by about 600 million ($665 million) and plow most of this into research and development (R&D). Investments there fell under Rajeev Suri, Lundmark's predecessor, and Nokia's competitiveness suffered. Shareholders would have linked one to the other. 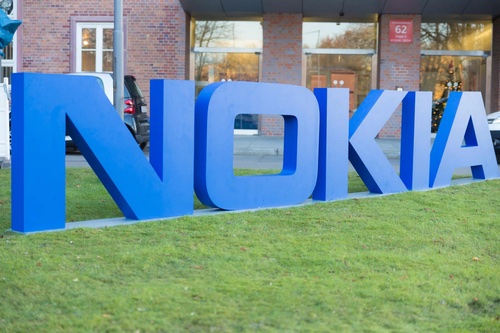 But progress since then has been relatively sluggish, by Nokia's own admission. Its latest annual report indicates there were 87,927 employees on average last year, about 4,000 fewer than Nokia had in 2020. On that basis (and the current figure may be lower), Nokia needs to slash between 3,000 and 8,000 jobs in the next 12 months to hit Lundmark's broad target. At the midpoint, about 75% of the cuts would still need to happen.

The excuse Nokia gives in the annual report is, essentially, that the company was busier than expected last year. Or, in its own words: "Given the strength in our end markets in 2021, the pace of restructuring in 2021 has been slower than we initially planned. The overall size of the plan, however, remains unchanged."

Measuring progress to date is awkward, partly because cutbacks carry a short-term expense. On the plus side, Nokia now expects the entire restructuring program to cost between 500 million ($554 million) and 600 million, down from its earlier estimate of between 600 million and 700 million ($775 million). But it is not upfront about run-rate savings so far  at least, not in its annual report.

What it does reveal is that Nokia's gross margin rose 2.3 percentage points last year, to 39.8%, and that its operating margin gained 5.7 percentage points, to 9.7%, despite only a modest 2% sales increase. Investors clearly feel in much better spirits than your average MWC partygoer the morning after. In Helsinki, Nokia's share price is 45% higher than it was this time last year (although still 9% lower than it was in early 2019).

There may be some degree of unease, though. Nokia's comment about the slow pace of restructuring sounds like it is saying it would struggle to serve thriving markets with fewer employees (even if it was not intended that way). More importantly, the slower the restructuring, the longer it will take to boost R&D spending.

Nokia is, without question, more thinly spread than the mainly mobile Ericsson, which injected about $4.5 billion into R&D last year and does not have to worry about fixed or optical networks. A scandal in Iraq, where Ericsson has admitted staff may previously have paid Islamic State to use roads, could be a boon for Nokia if the reputation of its Swedish rival suffers badly. But an extra few hundred million euros for R&D would be most welcome.