The smile on Pekka Lundmark's face was a little wider than usual this morning as Nokia's boss hailed a return to mobile growth after three quarters of decline. The uptick of 1% in constant currency at Nokia's biggest sales unit, accounting for 44% of second-quarter revenues, is small but significant. Earlier drops, triggered by contractual setbacks in China and the US, had left a question mark hanging over Nokia's competitiveness, despite a product revamp. The improvement is a confidence booster, and Lundmark expects an even better mobile performance in the second half of the year.

Overall, this was a strong set of results for the Finnish equipment vendor, which has restored profitability under Lundmark by cutting jobs, pumping extra money into research and development and ditching previous attempts to market an "end-to-end" portfolio of products. Boosted by the fast-growing network infrastructure business (fixed, Internet Protocol and optical) and the strong US dollar in Nokia's most important geographical market, net sales rose 11% year-on-year, to about 2.6 billion ($2.7 billion), while net income soared 31%, to 460 million ($469 million). Not bad in an inflationary market starved of chips. 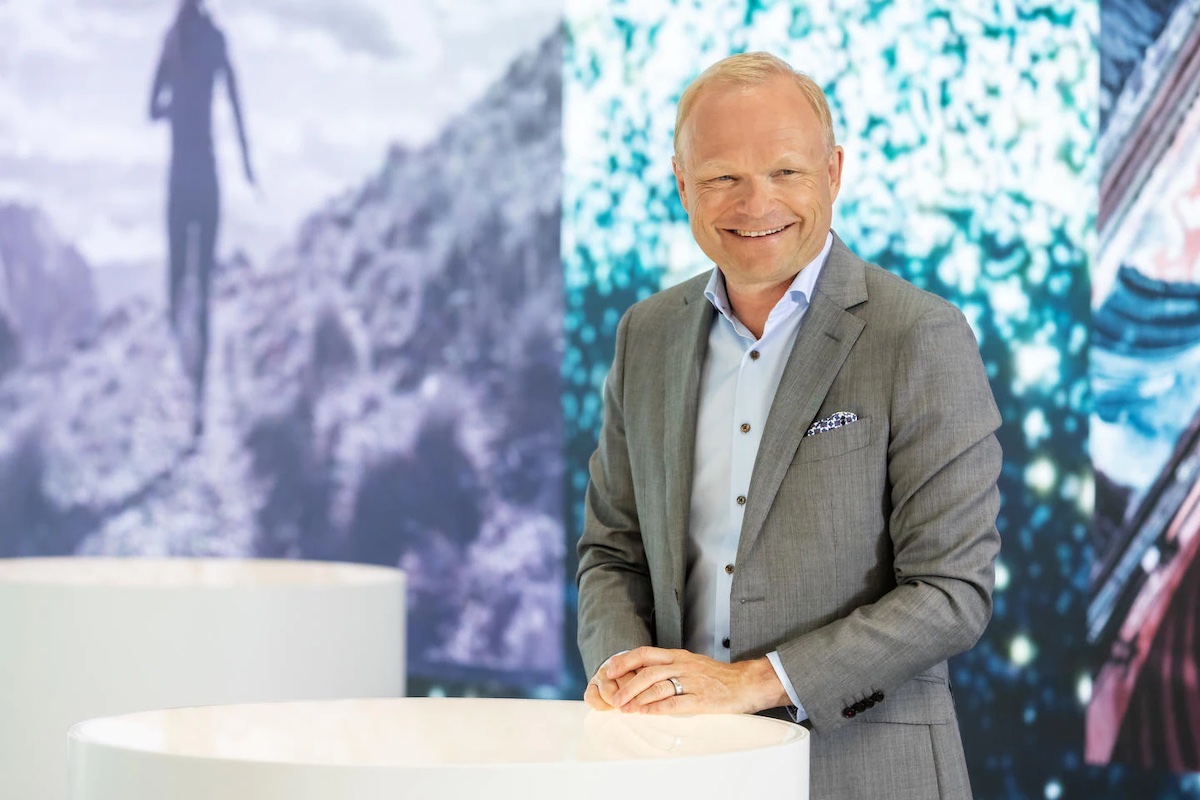 Indeed, without supply chain constraints, Lundmark believes mobile would have sold even more than it did. Nokia's commentary here is in marked contrast to that of close rival Ericsson, which insists it has been able to meet all deliveries while incurring higher costs. Last week, the Swedish firm reported a 6% year-on-year sales increase at its main networks business (roughly equivalent to Nokia's mobile unit) along with a dip of 2.8 percentage points in its gross margin. Its share price tumbled 8.5% that day.

The potentially good news in Nokia's case is that an order backlog has built up, and Lundmark is more optimistic than other industry executives about an easing of those supply chain constraints in the second half. "There are signs of improvement" in the market for semiconductors, he told Light Reading on a call earlier today. "We are hopeful about mobile in the second half." Despite the 2% year-on-year contraction in mobile sales for the first six months of 2022, he expects full-year sales to rise 5%.

The performance and outlook had driven an 8% rise in Nokia's share price just after noon in Helsinki. Industry analysts concerned by gross-margin erosion at Ericsson's networks division will note the gross margin at Nokia's mobile unit fell just 0.7 percentage points, to 40.2%. What's more, Nokia blamed that entirely on an unfavorable comparison with the year-earlier quarter, when it landed a high-margin software deal worth about 80 million ($81 million). Excluding that, the figure would have risen, it said in its earnings report.

At a group level, the gross margin has steadily improved from about 36% three years ago to more than 40% in the recent quarter as Nokia has continued to phase out less profitable 5G products. The percentage of 5G shipments that use lower-cost system-on-a-chip technology hit 91%. By the end of the year, Nokia expects to have entirely purged the costly field programmable gate arrays (FPGAs) it was forced to adopt several years ago after slip-ups by Intel, an important chips supplier.

If there is lingering concern about mobile it is that Nokia has lost market share since 2019 outside China, despite a widespread backlash against China's Huawei in many parts of the world. At the end of 2019, Nokia claimed a 27% share of the 4G and 5G market for radio access network products outside China. In May, Tommi Uitto, the head of Nokia's mobile unit, said the figure had "stabilized" at 26%.

Ericsson, meanwhile, has been on the attack, growing its share of the overall RAN market outside China by six percentage points since 2017, to a dominant 39%, according to its own estimate. The next challenge for Nokia is to prove it can do more than just defend its current position. "We have a chance not just to win in 5G but also take more share," Uitto told Light Reading in May.

It may have to do that in nasty economic conditions, as well, with costs on the rise. "In all new deals that we make we of course take into account all the new cost information that we have, and we are continuing to book good orders," said Lundmark today. "When it comes to old, existing contracts, there it is significantly harder to go back and change prices that we have earlier agreed. That is something we need to mitigate through improved operational efficiency, through improved productivity, and we did a pretty good job in the second quarter."

His not-unreasonable hope is that customers will continue to invest in more advanced technologies that can boost their own operational efficiency. "There is the 5G deployment, the fiber deployment, more capacity in networks and the big mega trend of industrial digitalization to improve productivity, to improve resource efficiency in industries," he said. "If there is a recession there may even be an increased need to do that type of investment."

The continued strength of Nokia's network infrastructure unit provides encouragement, with sales up 12%, to nearly 2.2 billion ($2.2 billion), and rising as much as 11% on a constant-currency basis. While every single product line reported growth, the high-flier remains the fixed-line business catering to the world's broadband addiction. Enjoying its role as the only big non-Chinese vendor in this market, Nokia watched its revenues grow more than a third, to 713 million ($726 million).

The results were not unconditionally positive. The cloud and network services unit reported a 7% increase in sales (although zero growth on a constant-currency basis), to 753 million ($767 million), but saw profits evaporate, swinging to an operating loss of 5 million ($5 million) from a small profit of 10 million ($10 million) a year earlier. Little explanation was offered, but the unit is still targeting an operating margin of between 4% and 7% for the full year.

Nokia Technologies, responsible for brand and technology licensing, also had what appeared to be a disappointing run. Sales fell a quarter, to 305 million ($311 million), and operating profits dropped 35%, to around 217 million ($221 million). Nokia blamed market-share changes in the smartphone world and said two licensing agreements ended in 2021 and are up for renegotiation. Perhaps thanks to the growth at Nokia's big equipment units, investors did not seem too bothered.