Verizon last year agreed to spend more than $50 billion to acquire midband C-band spectrum licenses for 5G. Then it negotiated a high-profile battle with the US airline industry to put those spectrum licenses into commercial operations at the beginning of this year.

During the course of the first quarter of 2022, Verizon launched a C-band 5G network covering 130 million people  almost half of the US population. By the end of the first quarter, around 40% of Verizon's customers owned 5G gadgets capable of accessing the network, and it's already carrying almost a third of all of Verizon's data traffic where it is available.

And the performance of the network is incredible. According to results from network-monitoring company Ookla, Verizon's 5G download speeds doubled virtually overnight thanks to its C-band network launch.

But the effort has been costly. Verizon's quarterly capital expenses (capex) spiked during the first quarter thanks to the $1.5 billion it spent during the period on the network equipment necessary to put its C-band licenses into action. That figure doesn't include the extra money Verizon spent on its massive marketing campaign, which included $1,000 handset subsidies and a $1,000 switcher credit, during the quarter to promote the new network.

What does Verizon have to show for all its midband 5G investments? So far, not much.

In the first quarter, Verizon lost 36,000 postpaid phone customers. While that's certainly an improvement over the operator's quarterly performance from a year ago, and also better than some financial analyst expectations, it stands in stark contrast to the 691,000 new postpaid phone customers AT&T netted during the period. AT&T, for its part, has delayed slightly its own big midband 5G network buildout until next year.

Moreover, Verizon executives acknowledged that the company saw a slowdown in new customers signing up for Verizon service starting in February and accelerating into March, just as the operator's C-band marketing campaign ramped up. 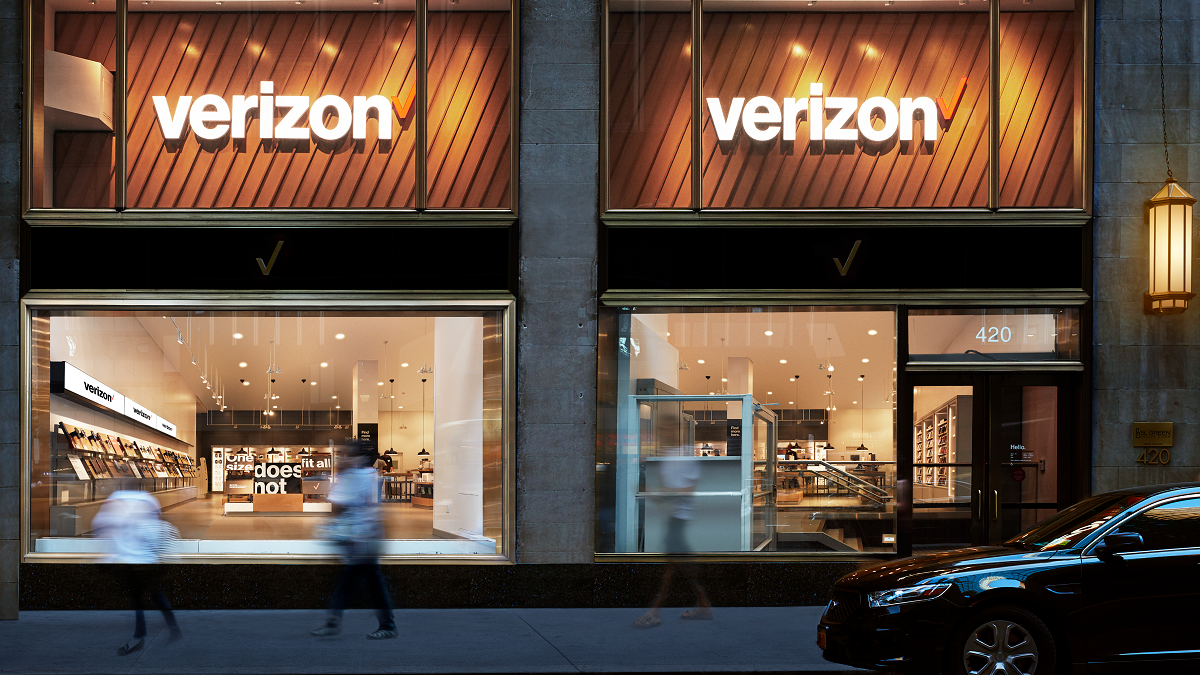 David Barden, a financial analyst with Bank of America Merrill Lynch, called out the situation during Verizon's quarterly conference call on Friday. "There was a time when Verizon had the best network and could charge the highest prices. And on these calls we would talk about margins and obtainable market share," he said. "You guys are now [market] share donors. And we're celebrating how many 5G phones we have and how much C-band we're deploying, but it's not obvious that that's translating into something tangible that investors can celebrate in terms of financial reward. So can we talk a little about that?"

Verizon's management team, including CEO Hans Vestberg, argued that "our focus over time is to grow this business."

"We're going to compete well," Vestberg said, adding that "we see more excitement in the market where we offer C-band."

"This is going to pay off big time in 5-10 years," he said of Verizon's broad 5G investments.

However, he also conceded that Verizon could suffer from inflationary pressures on its labor and energy costs. And, like AT&T CEO John Stankey, he said Verizon may consider raising service prices as a result.

Further, Verizon warned that it now expects its full-year 2022 financial results to come in at the low end of its previously announced guidance. The company's stock fell 5% in value at the news.

Some financial analysts aren't so sure.

"Verizon is growing neither its subscriber base nor its ARPU [average revenue per user]. At a time of rising inflationary pressures, pricing power is nowhere to be found," wrote the financial analysts at MoffettNathanson in a note to investors following the release of Verizon's first-quarter results. "And on the unit side, Verizon is already losing share. Unless something changes for 5G revenues that still seem rather intangible (IoT, MEC [multiaccess edge computing], or private networks), the growth runway for Verizon would appear rather weak."

Others offered a similar outlook.

"We do remain concerned about Verizon's longer-term prospects in wireless, fueled by T-Mobile's lead over Verizon on deploying upper midband [spectrum] and big lead on total holdings in midband spectrum," wrote the financial analysts with New Street Research in their own evaluation of Verizon's quarterly results. "Verizon management's aspirations for strong service revenue growth driven by rising ARPU and growing subscribers also still seem way too optimistic in the face of rising competition from a challenger [T-Mobile] with a similar (if not soon-to-be better) network offering priced at a steep discount."

The New Street analysts also acknowledged that there are widespread expectations that overall growth in the US wireless industry will start to slow sometime this year and that Verizon could be the first 5G operator to suffer from that trend that may eventually affect all of the market's players.