The government of Narendra Modi, India's Hindu nationalist prime minister, is an enthusiastic basher of foreign investors and lover of protectionism. Numerous outsiders who bought into India's telco sector ultimately reversed course after years of bad treatment at the hands of regulators. Vodafone, one of the last foreigners standing, clings on through Vodafone Idea, an unprofitable joint venture that had lost 15 million customers in a year when it last reported quarterly results.

Meanwhile, government favoritism has helped local billionaire Anil Ambani and his Jio business to come out of nowhere and zoom to the top, a feat unimaginable in any other country. Photographs that show Ambani and Modi embracing or flashing smiles at each other indicate the chumminess between the two men. Accusations of corruption have dogged Modi.

Besides foreign telcos, no one in telecom has lost out as badly under Modi's regime as China's big kit vendors. Siding geopolitically with the US against China, India has been squeezing Huawei and ZTE for years. Last month, it introduced new rules to exclude Chinese vendors from any "network expansion" contracts. They were already barred from selling 5G products. 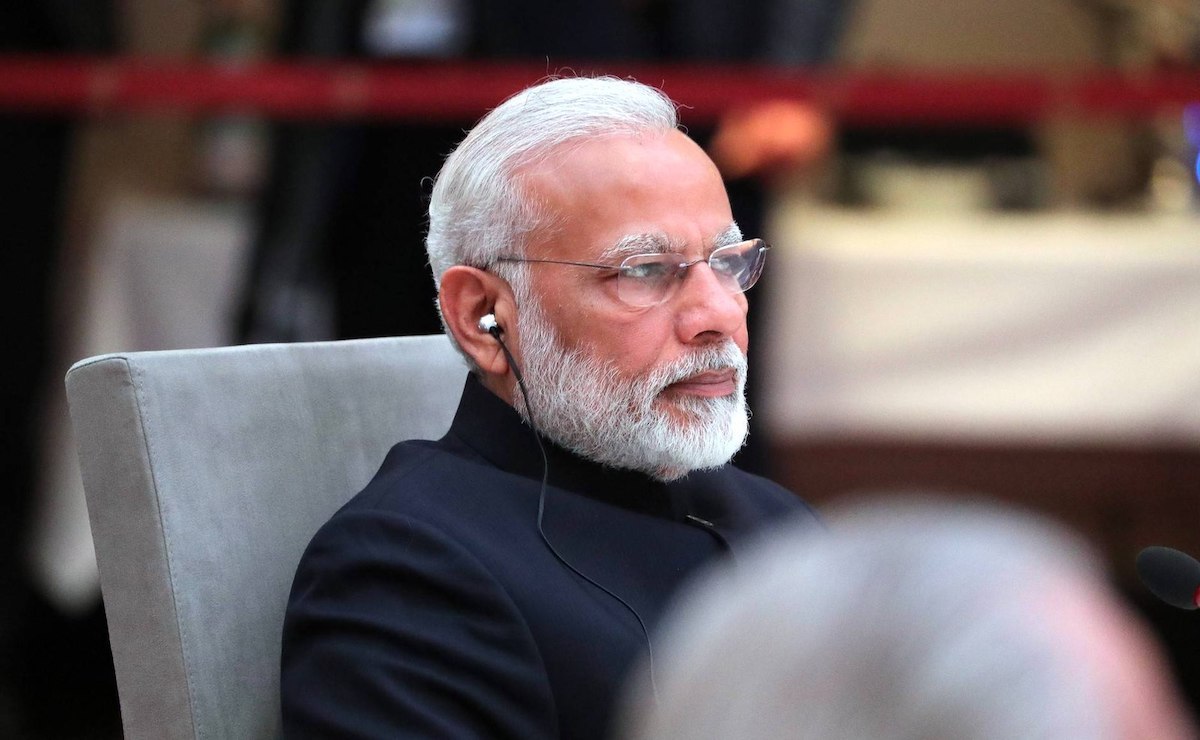 While it throttles Huawei, India has simultaneously been trying to cultivate homegrown alternatives under its "Make in India" initiative. An overarching goal of this plan – which is not restricted to telecom – was to boost the manufacturing sector's share of GDP from about 16% in 2014 to 25% by 2022. A recent sign of the pressure on operators to use homegrown vendors came in April, when Bharti Airtel, India's second-biggest operator, argued there should be tax benefits if telcos buy locally.

All this should make India fertile ground for open RAN. The traditional kit sold by any giant vendor does not play nicely with rival gear, meaning an operator could not match a Huawei baseband unit with an Ericsson radio. Instead, operators tend to buy a fully integrated radio access network from one big vendor's system. Open RAN promises new interfaces, supposedly allowing an operator to combine different suppliers more easily.

This suits specialists whose lack of an end-to-end portfolio has previously shut them out of deals. It also appeals to operator executives and policymakers, who see it as a competition booster in an oligopolistic market. For countries eager to banish Huawei and ZTE, open RAN is a potential answer. Nationalists have seized hold of it and used it to advance their make-at-home agendas.

India's 5G tardiness should make it an even juicier target for open RAN. The concept and the specifications that go with it were still embryonic when many countries began awarding 5G spectrum and contracts. This no longer holds true. Greenfield operators in three developed economies – Germany, Japan and the US – are investing in nationwide deployments that do not involve the RAN oligopoly. Vodafone is replacing 2,500 Huawei sites in the UK with a panoply of open RAN vendors.

One of the world's most prominent open RAN companies seems to agree about India. "It is an opportunity for key US chipset vendors Intel, AMD, Qualcomm, Marvell, Nvidia and cloud vendors IBM/Red Hat, Google, Microsoft, AWS to have access to large-volume business," said Pardeep Kohli, the president of Mavenir, a US software developer, in a post on LinkedIn this week.

"Each of these companies spends a lot more money on R&D than Ericsson, Nokia combined," Kohli continued. "They have much greater capability to design energy efficient and more integrated chipsets than any of the existing telco vendors. Open RAN provides access to the market that is currently closed for them."

Made in Europe and South Korea

Yet the early signs are that neither open RAN nor Indian vendors will figure prominently in India's 5G rollout. Wrapping up this week, an auction of 5G airwaves raised $19 billion from just four bidders – existing operators Jio, Airtel and Vodafone Idea, plus a new entrant in the shape of the Adani Group, an Indian business conglomerate. Airtel has already announced it will rely heavily on incumbent vendors, making not a single reference to open RAN or Indian suppliers in its statement. Jio is reportedly doing the same.

Airtel is sticking with Ericsson and Nokia, vendors it used to build a 4G network, while introducing Samsung as a third supplier. The big loser, unsurprisingly, appears to be Huawei, which has catered to Airtel's 4G needs but is now excluded from any 5G business. Nokia boasts it has a 45% share of the work, implying it is the main vendor, unless either Ericsson or Samsung is responsible for only a tiny percentage of the rollout.

Although Jio has not released an official statement, reports in the Indian press say it has chosen the same three suppliers as Airtel. This would mark a big setback for Samsung, the sole supplier of 4G products to Jio. Whether the South Korean firm has been able to offset this loss through gains at Airtel and other companies is unclear.

There is still the possibility that Vodafone Idea and/or the Adani Group opts for a different approach. Yet Vodafone Idea spent less than $2.4 billion in the auction and faces a bleak future unless it can stem customer losses. As for the Adani Group, its outlay was a relatively insignificant $26.8 million. Its focus is likely to be on building private 5G networks for its ports and other businesses. 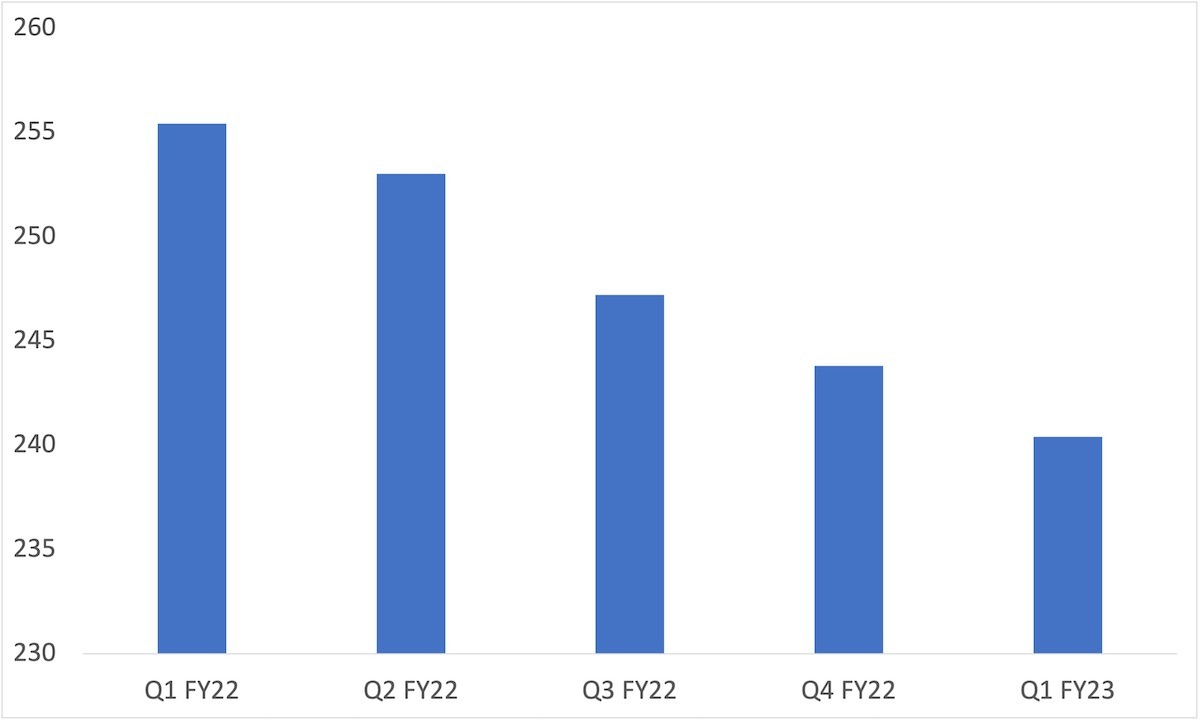 Another possibility is that Airtel and Jio introduce Indian companies at a later stage. "It does not mean that Indian vendors won't play any role in 5G," said Remy Pascal, a principal analyst at Omdia (a sister company to Light Reading) in an email commenting on the developments. Operators could request "openness guarantees" from their selected vendors, allowing them to introduce local suppliers in the future, Pascal points out.

But he is unsurprised there has been no major contract for an Indian company. India's homegrown solutions "are not yet fully competitive," he told Light Reading. "The technology may work but when selecting vendors operators take into consideration a lot of aspects including field-tested performance, reliability, features, power efficiency, price, security and more."

For all Modi's bluster, India does not yet have much to show for its "Make in India" policy. Data from India's National Statistical Office revealed the manufacturing sector's share of GDP has declined in recent years, dropping from 16.3% in 2014/15 to 14.3% in 2020/21. Homegrown developers of RAN products are especially hard to identify.

Jio has bragged for some time about its role in developing "indigenous 5G infrastructure and network services" in India. In the 2020/21 annual report of parent company Reliance Industries, it claimed to have built its own "5G stack." It also drew attention to Radisys Corporation, a company it bought for a reported $75 million in 2018. Among other things, Radisys develops RAN software and could, in theory, power a 5G network based on general-purpose equipment and white-box radios. 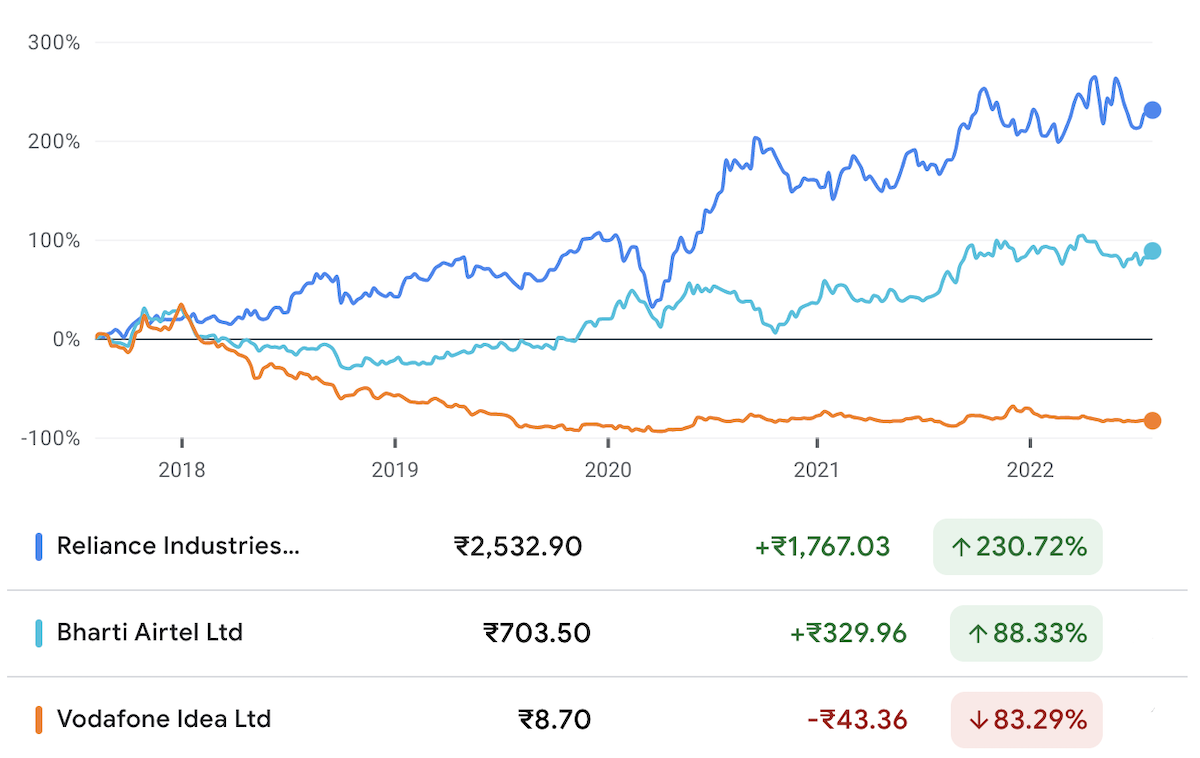 But Radisys has shown up in few RAN deals so far. A breakdown of numbers in Reliance Industries' recent annual reports puts "income" (by which it appears to mean revenues) for Radisys Corporation at only $109.42 million for the 2020/21 fiscal year, up from $103.52 million for 2019/20. Over this period, it also appears to have swung from a small net profit of $9.21 million to a loss of $5.62 million.

Formerly known as Sterlite, STL is a more muscular Indian vendor, reporting sales of about $724 million (at today's exchange rate) for 2022. But its chief activity is making fiber-optic cabling, the passive infrastructure that runs underground. It is relatively new to 5G, acknowledged Ankit Agarwal, STL's managing director, during a recent interview with Light Reading. "We are seeing that disaggregation of hardware and software being an opportunity for us," he said.

A major Indian deal could be a game changer for a local vendor or open RAN in general. Omdia's Pascal estimates India accounts for a "high-single-digit" percentage of the total RAN market. If the figure were 9%, India would spend about $4.1 billion on RAN products this year, based on Omdia's latest predictions. That would exceed the market-research company's forecast for global spending on open RAN of about $2.3 billion in 2022.

But an open RAN deployment or major deal with a local player could be hard for a telco to manage, for all sorts of reasons. For one thing, India appears more heavily reliant than many other countries on older 2G and 3G services, which open RAN specifications do not cover. According to Ericsson's last mobility report, some 32% of mobile subscriptions across India, Nepal and Bhutan last year were based on those ageing standards, compared with just 14% in Western Europe. Until they can be phased out, the use of open RAN is likely to mean operating two separate networks. This would obviously cost more than running all generations on one platform.

Mobile subscriptions by region and technology

Another possible barrier to the introduction of new vendors is the need in some configurations for compatibility between 4G and 5G. Essentially, that means using the same vendor for both 4G and 5G at any given site. This forced the UK's BT to replace Huawei's 4G equipment in response to the government's 5G ban on Chinese vendors. Because 4G was far more widely deployed than 5G at that stage (and still is), the older technology probably accounted for most of BT's swap-out costs.

While Airtel is introducing Samsung as an entirely new supplier, it is also sticking with the Nordic vendors it used previously. If the reports are accurate, Jio will also continue to rely on Samsung as an existing vendor besides giving some work to Ericsson and Nokia. This all holds out the possibility of 4G swaps – perhaps, in Airtel's case, to remove Huawei. But it was never likely that operators would switch to new vendors across their entire estate.

The bigger problem for open RAN today is the hassle and cost of managing a multivendor network. Specifications cannot (and might never) guarantee two vendors will harmonize without prior rehearsal. Tommi Uitto, the head of Nokia's mobile business, complains there are too many "implementation options" for open RAN to be truly "plug and play" (he would grumble about a concept that threatens his business, say critics).

Systems integration is an operational burden if done internally and a potential new dependency if outsourced. And increasing the number of suppliers to a network often means adding cost, according to Neil McRae, the chief architect of BT. For all the enthusiasm about specialists, this could mean future networks are open RAN in name but single- or dual-vendor in nature. It is an issue that goes far beyond India.