Prices for both new and used Huawei smartphones in Shenzhen's Huaqiangbei electronics market have risen by 400 to 500 yuan ($59 to $74) since only a month ago. 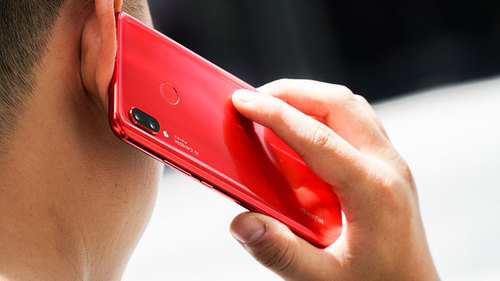 Galloping inflation: As Huawei worries about access to chips, handset prices are skyrocketing.

The threat to Huawei's chip supply began in May when the US announced it would tighten its export controls.

The US Commerce Department said any chip manufacturers using US equipment, intellectual property or design software would need to apply for a license before shipping chips to Huawei.

Peeling away chips Where it gets interesting is the Kirin chips Huawei relies on are actually not made in the US, but by the Taiwan Semiconductor Manufacturing Company (TSMC), located in Taiwan's Hsinchu Science Park.

The US regulation, which came into effect on September 15, targets any chipmaker anywhere in the world which uses any US equipment, intellectual property, or software, saying it needs a license to supply Huawei.

It was clearly drawn up with TSMC in mind. It will hurt the Taiwanese chipmaker as well as the Shenzhen consumer electronics maker.

Huawei accounts for between 15% and 20% of TSMC's annual revenue, and is its second-largest client after Apple.

TMSC is the world's most valuable semiconductor company, with a market capitalization of $408 billion.

Other chipmakers that supply Huawei are also warning the market for memory chips, like those made by Kioxia Holdings Corp (formerly Toshiba Memory), could quickly become oversupplied, with prices plummeting.

Huawei, like Apple and Samsung, designs its own chipsets, but outsources the making of them.

And its Kirin chips rely on an advanced technique known as a 7-nanometer process. The cutting edge is shifting towards the next standard, a 5-nanometer technique.

It also uses US equipment.

Chips ahoy Qualcomm would very much like to apply for a US government license to sell to Huawei.

And in its favor, it is an American company, based in San Diego.

Whether it meets with success largely depends on the outcome of the November US presidential election.

With Trump's sharply anti-China stance, Democratic nominee Joe Biden may try to win support from US tech firms, which would benefit from selling to Huawei.

If the stakes are high for Qualcomm, they're enormous for Huawei.

Huawei became the world's largest smartphone vendor in the world in July, selling 55.8 million devices in the second quarter, compared with 53.7 million for second-placed Samsung.

Even then, though, its overseas sales were quickly shrinking, dropping 27% from April to June compared with the same period in 2019.

A big problem for Huawei is its newest devices can't use Google services.

"Due to government restrictions, Googles apps and services are not available for preload or sideload on new Huawei devices," says Google.

This is less of a problem in the domestic Chinese market, where Google services are blocked anyway – but it's a big one for overseas markets.

There are 1.5 billion active Gmail users. Google Chrome controls about 64% of the browser market, with its mobile app downloaded over 5 billion times.

Outside China, Google is a big part of the app market. And without apps, smartphones aren't very smart.

The more reason to worry if you are Huawei, or one of its many suppliers.

If you're a competitor, though, you may well be icing the champagne.