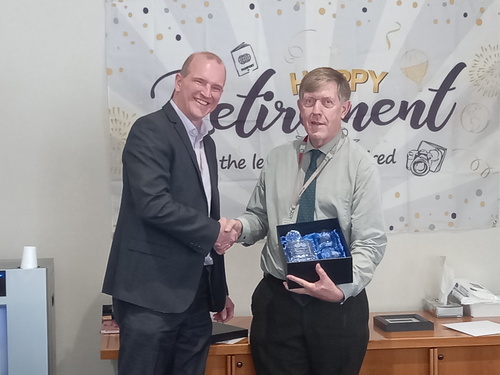 Farewell, and thanks for all the fiber: Michael Robertson receives his retirement gift from Huawei's John Turton.
(Source: Huawei)