Ericsson lets Intel inside as midband 5G gets cloudy

At almost any Ericsson-equipped 5G site today, both the radio at the top of the mast and the compute gubbins at its base are supplied by the Swedish vendor. But a change that would have been unthinkable just a few years ago is now coming.

Under a deal announced today, customers deploying all-important midband spectrum for their 5G services will effectively be able to use general-purpose equipment based on Intel silicon instead of Ericsson's compute hardware.

Why would Ericsson offer this and potentially lose the revenues it generates from compute hardware sales? Largely because some of the world's biggest operators have been demanding "virtualized" products from their suppliers. In the traditional set-up, Ericsson's compute hardware and software are interdependent and tightly coupled. Virtualization would pry them apart and allow Intel inside, running Ericsson's software on top. 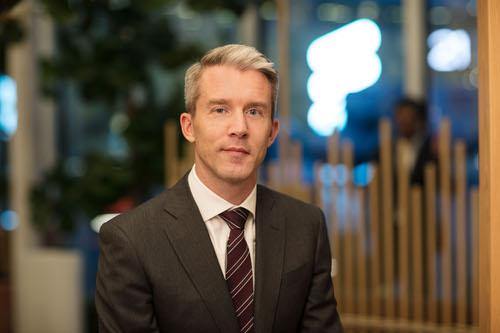 Tier 1 service providers such as Verizon, which apparently worked with Ericsson on the development of the latest products, believe virtualization will bring benefits. Hardware and software decoupling, for instance, would allow operators to set up "baseband hotels," or data facilities that aggregate the compute hardware usually installed at sites. Instead of having a baseband deployment for every cell in the network, an operator could potentially serve numerous sites with less equipment and a leaner operating model.

The familiar rebuke is that general-purpose equipment is no match for customized products on performance and energy consumption. But the gap may be shrinking. "One year ago, I wouldn't have guessed we would already be here," says Per Narvinger, Ericsson's head of product area networks. "Intel has made huge progress in the last 12 months."

Pedal to the metal for x86

Improvements have come partly thanks to RAN-optimized software libraries in Intel silicon and what are known as hardware "accelerators." These typically pair x86 processors with chips known as field programmable gate arrays (FPGAs) to improve throughput and energy consumption. Intel claims to have married the favorable elements of this FPGA technology with features of application specific integrated circuits (ASICs), the kind of customized chip found in Ericsson's traditional baseband gear.

The resulting "eASIC," according to Intel, would offload some of the compute-intensive processes, including a function known as forward error correction, to boost capacity. "General-purpose hardware has become more special purpose," says Narvinger.

Cloud RAN architecture might generate other benefits for operators, too. Even if the general-purpose hardware remains inferior to customized products on a like-for-like basis, the entire system could be more efficient. "The overall cost of operations and operational flexibility may be better in cloud RAN because you are sharing facilities, hardware and operations with other applications," says Gabriel Brown, a principal analyst with Heavy Reading. 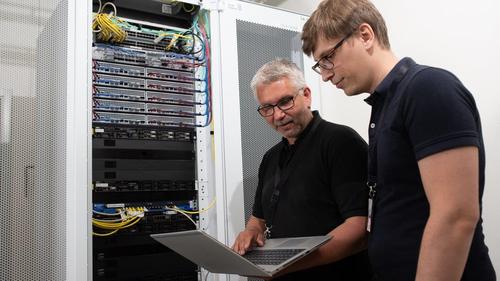 Technicians set up one of the baseband units featuring Intel's hardware.

But the appeal of Ericsson's cloud RAN products may be limited by upfront investment. The "fronthaul" connections between radios and baseband equipment need high-capacity fiber links between mobile sites and baseband hotels. Facilities are also required for those baseband hotels. "Today, cloud RAN is in play at relatively few operators," says Brown. "It hasn't quite taken off because you need a lot of investment in a switched fronthaul transport network."

Ericsson hopes to ease adoption through a software product called Cloud Link, allowing the cloud RAN to work in tandem with more traditional technology. "Operators can take something with a totally new technology and still connect it to the existing network and we call that bluefield," says Narvinger. "It is not like they have to take all the equipment they have bought from us over the years and throw that out of the window." Around 7 million radios it has already deployed could be used with the new cloud RAN products, Ericsson estimates.

Nevertheless, another issue for Ericsson is that customers will have to wait until the second half of next year before midband cloud RAN is ready  an unusually long gap between a product announcement and the date of general availability. That could suit Intel's silicon roadmap and its introduction of even more capable processors under the Sapphire Rapids and Granite Rapids codenames.

Heavy Reading's Brown says this long lead time indicates Ericsson feels the need to put down a marker and make a public commitment on 5G virtualized RAN to counter competitors. But his medium-term view is that it will not leave Ericsson far behind its challengers. "Ericsson is proposing a relatively complete system," he says, citing the Cloud Link feature for interoperability with existing Ericsson deployments.

Another example is the work Ericsson is doing to optimize the cloud RAN architecture itself. "The company expects to optimize how fronthaul and the edge cloud infrastructure interwork," says Brown. "This is important for workload scaling and, in time, could see fronthaul integrated with the edge data center switching."

Virtualized, but not yet open

The deal with Intel is bound to be assessed in the context of open RAN, an initiative that aims to scrap any proprietary use of interfaces so that operators can build truly multivendor networks. An open fronthaul interface, for example, would allow Ericsson's baseband software, running on Intel's hardware, to be used in conjunction with another supplier's radios. Ericsson is stopping short of that for now.

"Everyone agrees that an important first step is to go to cloud and virtualization and that is what we are enabling," says Narvinger. "We are using the same interface that we have in purpose-built and that is why we can have this Cloud Link working. Then we will see over time what happens with open fronthaul."

Even so, Intel is not the only hardware company that stands to benefit from the launch of Ericsson's cloud RAN products. HPE has already been named as a maker of servers that will incorporate Intel's processors in the Ericsson network. "In the end, we see that our customers will procure the servers independently of us," says Narvinger. "That is disaggregation of hardware and software and that is a major technology shift."

By contrast, there is no commercial role yet for Nvidia, a designer of graphical processing units (GPUs) that was first named as a cloud RAN partner in October 2019. Narvinger insists the goal is to ensure products can eventually work on any platform in any cloud. "We have built a cloud RAN solution that we see as agnostic," he says. "You are not going to be able to support all platforms from day one."

Short of current alternative server platforms that use Arm-based processors or GPUs, Intel and x86 still look like the main beneficiaries of RAN virtualization.

This week's update should not be a massive surprise, important though it is. Ericsson had first promised cloud RAN products for midband deployments in October last year as a follow-up to the less-demanding low-band cloud RAN systems coming later in 2021.

"It is under-appreciated that Ericsson has been close to virtual RAN and open RAN for a long time," says Brown. "They have consistently said that if this turns out to be the best way to build a RAN, they will do it." Intel will be delighted.