5G. It slices. It dices. It juliennes fries.

Kidding aside, the promise of 5G does cover a lot of ground – more speed, more capacity, more specialized, low-latency and automated services. But in the eyes of CommScope EVP and CTO Morgan Kurk, there's something else that is central to the next-gen mobile and wireless platform.

"5G is really about efficiency," Kurk said in an online keynote posted Thursday as part of a 5G-focused online forum hosted by CommScope. 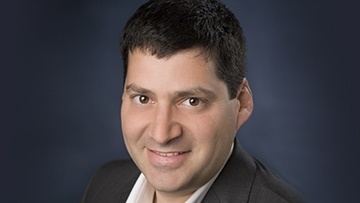 Services that use the next-gen standard will become increasingly critical to help boost flattening wireless revenues, yet the "needs of the network, the number of bits that need to be moved, continue to skyrocket," he said.

While arguments abound on what kind of return mobile operators can expect to get from 5G and when those efforts will bear real fruit, Kurk sees low-latency, highly reliable industrial IoT services (with automated factories being among the examples), involving tens of billions of devices as an early, primary use case for the technology.

But achieving that kind of scale also requires the kind of efficiencies that a 5G network will enable, he added, noting that all of those devices will need to be managed differently based on their varying, individual requirements. Some will need more power and speed and high reliability, and others will require those elements but to a lesser degree.

Alongside the use of highly available and low-latency networks to support untethered people and automated robots in factories and other industrial settings, Kurk also outlined other big 5G use cases, including home broadband and a surge of consumer IoT products.

"But all use cases will require more bits for less money," he said.

Again, those systems and networks are colliding and getting jammed together in the name of efficiency, he said, noting that new technologies being baked into Wi-Fi are paving the way for scheduling and security elements at the radio and backhaul layers that more closely mirror licensed platforms.

Kurk also expects the efficiency-facing requirements of 5G to play a big role in network virtualization as operators look to add more scale and flexibility at the core and reduce potential bottlenecks.