Aiming to ease the path of service providers to Wi-Fi 6 without requiring them to make big alternations to the advanced features that run on their legacy Wi-Fi mesh platforms, AirTies says it has adapted its edge and cloud software for the new Wi-Fi EasyMesh standards.

While that sounds like an obvious move to make as cable operators, telcos and other service providers start to migrate to Wi-Fi 6-based products, it's a bit more complicated than that. Operators will want to ensure that their legacy and next-gen Wi-Fi mesh systems work together and support the same set of features and capabilities across both environments – features that include device steering and the ability to change channels when network congestion is encountered (or anticipated to be encountered, as AI-based systems keep tabs on ever-changing network conditions). 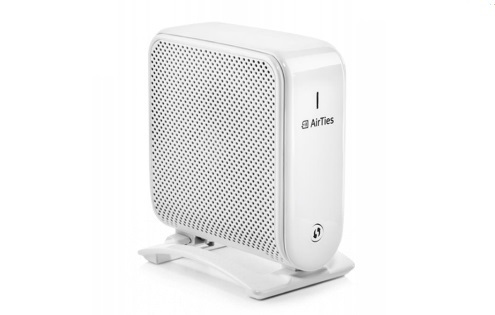 The Air4960 Wi-Fi 6 extender is among the AirTies products that support Wi-Fi EasyMesh and the company's edge software.
(Image source: AirTies)

Although Wi-Fi EasyMesh standardizes the lower level communications functions between gateways, access points and the extenders, they don't define the smarter elements of the network that are enabled by the data that's collected at the edge and then analyzed in the cloud, Metin Taskin, CTO of AirTies, explains.

That means deploying Wi-Fi 6 products equipped wtih EasyMesh is just one step of that larger process.

Before the Wi-Fi Alliance's EasyMesh standards hit the scene, vendors such as AirTies built their own lower-level communications function software that could then be woven into the Wi-Fi chip to support those other higher-level, value-added functions. EasyMesh essentially standardizes those lower-level functions, allowing vendors to put more focus on the more advanced features and capabilities found in Wi-Fi mesh systems.

Taskin says AirTies, which tangles in the Wi-Fi market with rivals such as Plume, has taken that to a level that ensures its edge software and cloud platform is compatible with the vendor's legacy systems as well as EasyMesh.

While that kind of integrated setup might sound complicated, there are benefits for service providers and suppliers to make the jump to EasyMesh, rather than continuing to broaden the deployment of the older technologies.

For one, vendors can put more emphasis on product differentiation and the enhancement layers if they no longer have to worry as much about the lower-level protocols defined by EasyMesh. But establishing that clear interface also accelerates product development, testing and the ability to troubleshoot problems. Or at least that's the idea.

"Now we can focus more on the logic parts, the smartness parts, rather than making the mechanics work," Taskin says.

Australia's Telstra, which began to hitch its wagon to EasyMesh in 2019, is the first announced AirTies partner heading in this direction. AirTies hasn't revealed others, but potential candidates include service providers that have previously worked with AirTies, including Altice USA, AT&T, Singtel, Sky and Telia.