Telefónica has given the competitive mobile infrastructure community another major boost by announcing plans to trial not just 4G but also 5G open RAN technology in Germany, Spain, the UK and Brazil this year.

That's a significant move, says Heavy Reading principal analyst Gabriel Brown, because to date all the open RAN activity has been focused on 4G/LTE systems.

"Up to now, the open RAN action has been all about 4G. In 5G, the major integrated systems vendors [Ericsson, Huawei, Nokia, Samsung, ZTE] have been supplying their state-of-the-art systems to the market for about 18 months," creating a big gap between what is available from them and what can be sourced from the open RAN community, says the analyst. "This move by Telefónica could help to stop that gap getting too much wider."

To achieve its goal of multiple 4G and 5G open RAN trials in 2020, Telefónica has teamed up with a set of key technology partners to focus on the planning, design, testing, integration and deployment of disaggregated radio access network (RAN) systems – comprising radio baseband functionality running on standard servers, open interfaces based on O-RAN Alliance specifications and baseband software running in the cloud – for the trials. Those partners are (in alphabetical order):

Telefónica says the collaboration is focused on: the Distributed Unit (DU) elements – baseband radio functions deployed on Intel Xeon processor-based servers featuring the chip giant's FlexRAN software reference platform; Remote Radio Units (RRUs) connected through open interfaces based on O-RAN fronthaul specifications; and "suitable software" to manage the RAN from a telco cloud setup. The DU and RRU elements will be "designed with 5G-ready capabilities, hence being able to work in either 4G or 5G mode by means of a remote software upgrade," while the underlying distributed and centralized servers will have "identical hardware configurations" to exploit "the simplicity and economies of scale of the IT components," stated the operator. "Open RAN can bring substantial cost benefits thanks to the richer diversity of network suppliers that the model can bring, especially in terms of the baseband hardware where significant economies of scale can be exploited from the IT Industry," it added.

Telefónica is no stranger to open RAN: It has already used the alternative architecture in a joint deployment with Facebook in Peru and is also involved in the Evenstar open RRU development program being led by Deutsche Telekom and Vodafone.

It notes in its press release (in which it highlights the operational and service delivery advantages it hopes to gain from open RAN deployments) that it hopes the trials will help identify the hardware and software components as well as the processes needed for a successful open RAN deployment, including testing procedures and how such disaggregated access network elements can be managed using its virtualized telco cloud platform (Unica Next), which has been in development for more than six years.

"Once again, Telefónica is leading the transformation towards having the best-in-class networks  Open RAN is a fundamental piece for that purpose while widening the ecosystem," stated the operator's CTIO, Enrique Blanco. 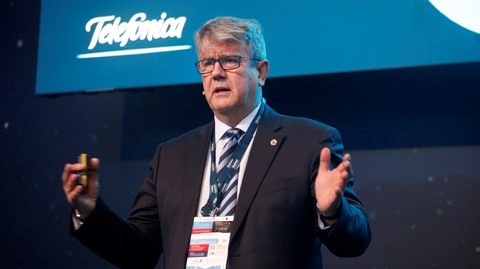 Heavy Reading's Brown says Telefónica's move is a positive one for the industry. "It's about time we had a traditional telco take control and show leadership in terms of an open RAN integration effort," adding to what Rakuten Mobile has been doing to show which elements work together and which suppliers are committed to the development of disaggregated access network deployments.

What's also important, adds Brown, is that the operator and its technology partners don't need to try and replicate all the work that's already been done in the 5G RAN sector before pressing ahead with the plans. "The open RAN ecosystem doesn't need to replicate all the functionality that is available from the integrated systems vendors straight away  there doesn't need to be feature parity immediately, it can give up a bit on performance to start with," says the analyst, though that starting point will only get operators such as Telefónica so far: "That gap will need to be closed pretty quickly," says Brown.