Adding a new wrinkle to its video strategy, T-Mobile has signed on to be the exclusive mobile distribution launch partner for Quibi, the short-form video startup founded by Jeffrey Katzenberg that is preparing for an April 2020 debut.

While T-Mobile is set to promote Quibi under the exclusive partnership, consumers will still be able to access the short-form video service through any mobile carrier, Variety reported. Quibi's current plan is to debut on April 6 and offer two tiers -- a $5 per month service with ads, and an $8 per month ad-free offer. 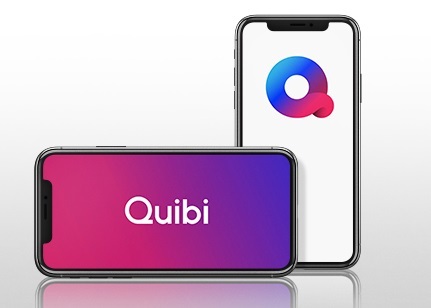 Quibi's short-form, mobile-focused streaming service will market service tiers with and without ads.

Though the OTT video market is saturated with a subscription- and free, ad-based services, Quibi, led by CEO Meg Whitman, hopes to stand out with high-quality, short-form content (individual episodes won't exceed ten minutes) tailored for smartphones and young audiences. The track record for such services isn't great, given that go90, a mobile-focused video service from Verizon, failed to gain traction and shut down in July 2018.

Still, Quibi has some other things going for it -- experience and a heap of cash. Katzenberg, who sold DreamWorks Animation to NBCU in 2016 for $3.8 billion, is an iconic filmmaker and media mogul in his own right. Last year, WndrCo, the holding company behind Quibi, raised $1 billion, so it has some critical, financial runway. On the content end, Quibi is reportedly working with A-list talent such as Guillermo del Toro, Steven Spielberg and Trevor Noah, and has signed deals with programmers such as NBC News, CBS, ESPN, Entertainment Weekly and Hearst, among others.

Whitman told Variety that Quibi plans to launch with 7,000 pieces of original content for its first year and is already looking to raise another $500 million to reach break-even. Quibi is also entering its first year with an ad inventory worth $150 million, according to the Los Angeles Times.

T-Mobile and Quibi didn't announce how the short-form streaming service will be presented, integrated or marketed on T-Mobile's platform or what kind of financial cut T-Mobile is getting from the deal. More detail about Quibi's launch strategy and pact with T-Mobile could come on January 8, when Whitman and Katzenberg deliver a keynote at CES 2020.

Why this matters
For Quibi, the T-Mobile deal will give it an important distribution conduit via a mobile service provider that ended Q2 with 83.1 million customers. Quibi's integrated exposure via T-Mobile could rise further if T-Mobile is successful in merging with Sprint.

For T-Mobile, the Quibi partnership gives it some added cache merely by its association with Katzenberg's new streaming venture, aided by the potential to drive in fresh subscription and ad dollars. The Quibi team-up also will give T-Mobile access to a menu of quality content and add another component to its evolving video strategy, which includes a home pay-TV service, TVision, and work underway with Xumo on an ad-supported "snackable" video app.