The world's chip supply will be tight as a drum brake through the first half of the year, says Volkswagen.

Smartphone and car manufacturers alike are now feeling the pinch of a global chip shortage caused by a lockdown surge in sales of laptops, games consoles and TVs.

Computer sales, for instance, exceeded 302 million units in 2020, the most since 2014 and up 13% from the previous year, says International Data Corp. 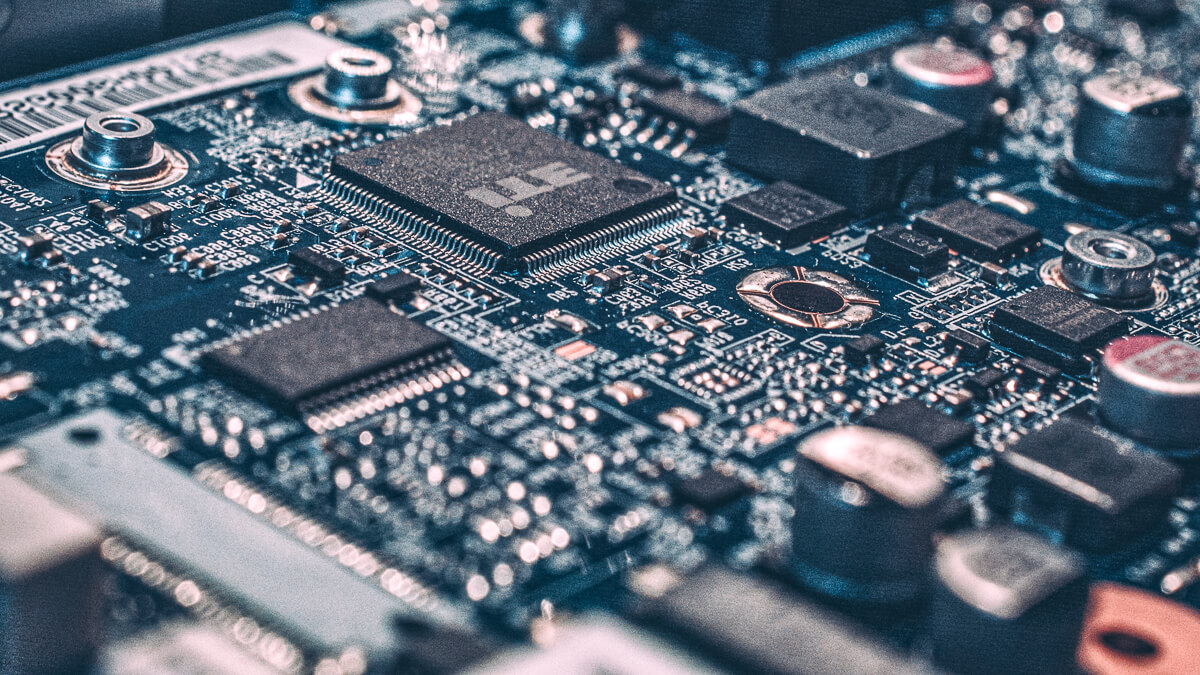 My precious: As the supply of chips is squeezed even further, rows are brewing about who is to blame.
(Source: Infralist.com on Unsplash)

Adding to the effect now is a resurgence in other sectors such as car sales. Cars rely on semiconductors for a range of features, from their anti-lock braking systems to their power steering and console systems.

Trump-era US sanctions on Chinese chipmakers, such as Semiconductor Manufacturing International Corp (SMIC), have exacerbated this shortage by making smartphone makers like Huawei and ZTE hoover up semiconductor supply to bolster their chip stocks.

This has tightened an already pinched market supply.

Getting around the US measures was a key consideration for Huawei in exiting the smartphone business entirely, first by divesting its lower-end Honor line.

All this does not come at an ideal time for smartphone makers.

But the crunch still affects smartphone makers too.

Apple's Chief Executive Tim Cook noted as far back as October that semiconductor supply chains were a major issue.

Sony says the shortage has crimped production of its new PlayStation 5 gaming consoles.

Get out of the foundry, get into my car

And on the road side, the Wolfsburg-based automaker will make 100,000 fewer cars in the first three months of 2021, for lack of chips.

General Motors, meanwhile, is closing three big factories and reducing production at others through at least mid-March.

"This is an industry wide issue," its chief executive Mary Barra said recently to analysts, and Ford, Honda, Fiat and Chrysler have suffered hits also.

Not being able to make cars will cost carmakers $60.6 billion in revenue globally this year, says consultancy firm AlixPartners.

The chip pinch has led already to a few rows. Some may eventually turn legal.

Volkswagen has hit out against its suppliers, saying it gave them ample notice car demand would bounce back in the second half of 2020. But suppliers only told Volkswagen of the impending chip shortage at the end of November, the company says.

Volkswagen has previously sourced its supplies from large first-tier suppliers like fellow German companies Continental and Robert Bosch, but now says it will consider buying straight from manufacturers.

Carmakers also tend to get politicians' ears, and now is no different.

The White House meanwhile is preparing an executive order based on "identifying potential chokepoints in the supply chain", says press secretary Jen Psaki, though so far the Biden administration is vague on details.

In the medium term, the chip shortage will encourage each country to try to boost its foundries, in the outbreak of a new chip nationalism.

The US Congress has passed the CHIPS Act to set aside funding to boost domestic semiconductor manufacturing.

The chief executives of Intel, Qualcomm and GlobalFoundries have written to Biden expressing alarm about the declining US share of worldwide chip production.

And in China, the government is newly aware of its vulnerability to the US squeezing its chip supply.

Accordingly Beijing is backing a new consortium aiming to help China catch up with its southeastern Asian neighbors.

The silicon shortage doesn't have a clear end in sight, and will stretch at least to the middle of the year.