Cellular networks can sometimes play an outsized role in disasters because they can often function on backup power sources like generators. Meaning, when nothing else is working, cell phones can connect calls.

But the nation's biggest wireless providers  as well as a variety of other entities  are pushing against suggestions that the federal government mandate the use of backup power generators at all cell sites.

"Planning and managing backup power resources thus requires case-by-case judgments that are not amenable to prescriptive rules," Verizon told the FCC in a recent filing. "Rules and policies that micromanage or enable regulators to routinely second-guess or delay these granular network engineering decisions will do more than aggravate a service provider's legal department. They will have a daisy chain effect on site placement, cost, and service reliability across a geographic area  an already complex process under existing state and local zoning and landlord restrictions."

For example, Verizon argued that a requirement to store fuel in one area that still has power could prevent wireless carriers from moving that fuel to another area that has run out of fuel. "Only flexible, feasible, uniform and predictable standards could serve the public interest," Verizon argued.

Planning for the worst

In general, the US wireless industry has rejected increased federal oversight over providers' operations. That position stretches across topics, including net neutrality and network coverage. And in the case of backup power, network operators generally argue that they're already heavily using generators and other backup power technologies  but that federal rules could get in the way of their efforts to quickly respond to troubles.

"As just one example, in advance of Hurricane Ida [in 2021], AT&T arranged for over one million gallons of fuel to be available to it in anticipation of extensive and prolonged power outages and to support AT&T's fleet during its significant restoration efforts," AT&T told the FCC.

But the carrier said it can't install backup power generators at all of its cell sites. "Carriers also have to work within municipal fire codes that may limit the size of fuel tanks for generators because the fuel tanks themselves present a threat of fire and architectural restrictions on placing generators on roofs because of weight, vibration, and noise considerations, as well as the need to have clear paths for exhaust," AT&T wrote. "Even in areas where we have permanent generators, if the area is inaccessible to fuel trucks after a storm, AT&T will be unable to refuel those generators, which eventually will cease operating."

Similarly, American Tower  one of the nation's largest cell tower owners  said it too makes extensive use of backup power technologies. The company operates around 43,000 cell towers in the US for most major service providers, and it told the FCC it currently counts around 5,000 "shared generators" that it can move wherever necessary. "Since 2010, American Tower's shared generators have provided over 420,000 hours of backup power due to outages, with over 90,000 hours of power provided due to outages in 2020 alone," the company wrote. "The success of our shared generator program is largely due to the joint efforts of our carrier customers and American Tower's operations personnel." 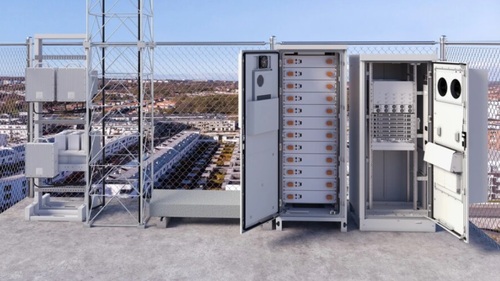 But American Tower too rejected blanket requirements for backup generators at all of its cell sites.

Interestingly, players outside the wireless industry have taken a similar position. "Although UTC continues to support the implementation of extended backup power for commercial communications service networks, it recognizes that there are certain challenges, including the cost and logistical issues of implementing extended backup power," wrote the Utilities Technology Council (UTC), which represents the companies that supply the nation's gas, water, electricity and other utilities.

"When utilities in California turned off power to mitigate wildfires last year it exposed a glaring weakness in our preparation for disaster," she said last year. "In some areas, more than half the cell sites were rendered inoperable. We need to rethink our policies regarding backup power and while we're at it we need to recognize that the topology of our networks is changing. The introduction of small cells means our old ways of tracking the sites that go down and ensuring sustainability is growing more complicated. But what is most important is that we get started on all this now, so our resiliency policies are ready for the 5G future."