Auctions of the licensed portion of the 3.5GHz CBRS band aren't expected to move ahead until 2020. But in the meantime Ruckus Networks says it's ready to move forward today with a product lineup that can support initial deployments focused on the unlicensed parts of the shared spectrum.

Ruckus's plan is to tie into early commercial deployments that tap into that unlicensed General Authorized Access (GAA) spectrum this summer (save for some possible blackout zones along the US coast) as the industry awaits final FCC certification of Spectrum Access Systems (SAS). Those are key elements that will ensure that new users in the CBRS band don't interfere with incumbents such as the US Navy. Full commercial services could follow by Q3, Joel Lindholm, VP of LTE business at Ruckus said.

CBRS is poised to support several use cases, including fixed wireless access, private LTE network services with an eye toward 5G and mobile capacity augmentations, as well as data offloads that can help cable operators cut down on the network costs of their MVNO deals. 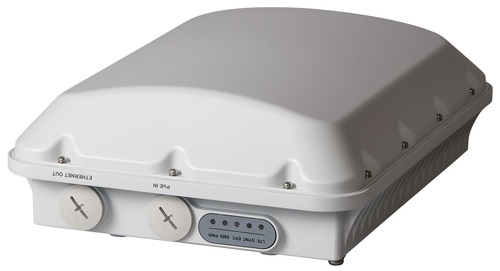 Private, in-building LTE networks that cover cellular coverage gaps are expected to be the "biggest, broadest use case" for Ruckus, Lindholm said, estimating that the company has some 50 CBRS-based proof-of-concepts and trials underway. One such trial is happening in partnership with Boingo at Dallas Love Field. Ruckus expects to see similar coverage needs for other instances, such as railroad and shipping ports.

"We think [CBRS] is the big hockey stock for the business as we go forward," Lindholm said.

Indoor/outdoor product mix
Ruckus, now part of CommScope following the recent closing of the CommScope-Arris merger, said it is reaching into this market with the commercial availability of a CBRS product lineup that includes LTE access points and associated cloud services.

This product mix, Lindholm said, will enable Ruckus to key on a pair of deployment scenarios -- one in which the partner brings their own network (such as a mobile operator or a cable operator) but needs the CBRS-powered access points; and those in which Ruckus teams on the building and deployment of the private LTE network and the associated services that run on it.

In the latter example, Ruckus, which will be doing battle with vendors such as Samsung in the CBRS tech arena, will offer access points and subscription bundles that show up "pre-provisioned" for the network, Lindholm said.

As a point of intended differentiation, Ruckus claims that it and its partners can roll out CBRS-powered private LTE networks for enterprise environments as easily and quickly as they can with WiFi.

Ruckus is also launching the lineup amid the expected introduction of devices that support CBRS spectrum, as well as an Arris-made home gateway, called the NVG558, that provides in-home WiFi with LTE/CBRS backhaul. That sort of product could fit with Charter Communications's "inside-out" mobile and wireless strategy. As part of this strategy, the MSO is emphasizing in-home mobile/wireless networks that connect to Charter's cable infrastructure, and is complemented by the macro network that comes way of its MVNO agreement with Verizon Wireless.

A big part of Ruckus's CBRS strategy this year is to spread the word that the technology and product lineup are now available to business and enterprise customers.

"The broader enterprise community doesn't know they have this great new tool for LTE," Lindholm said. "Job number one is to let them know it's there."

He also doesn't believe that future auctions for licensed CBRS capacity will slow down the near-term demand for deployments, as most enterprises don't have a need for licensed CBRS spectrum. One possible exception could be airports that might need guarantees that unlicensed spectrum can't offer. While the bigger carriers will likely pursue licensed CBRS use cases, some 90% of the use cases for the band will be sufficient with the unlicensed portion, Lindholm said.