One of Ericsson's top executives says Europe's habit of running costly spectrum auctions is partly to blame for the region's failure to produce any billion-dollar Internet companies and could leave it badly trailing the US and China in a future digital economy.

Arun Bansal, the head of Ericsson's business in Europe and Latin America, said charging exorbitant fees for spectrum licenses has slowed down the deployment of the advanced data networks that are needed to attract technology entrepreneurs.

"Europe used to lead in mobile connectivity and then came the era of high spectrum costs and since then it is lagging in tech innovation," he told Light Reading during a meeting in London. "We have industrialized companies, but I cannot name a single billion-dollar market-cap digital startup in central Europe because Europe is lagging in digital infrastructure."

Arun With a View 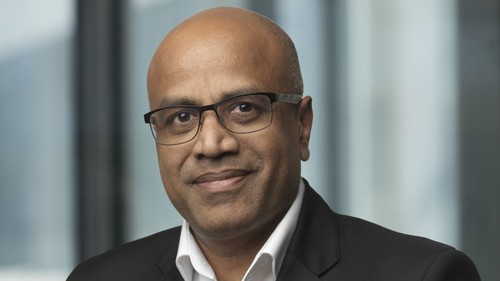 Ericsson's Arun Bansal is no fan of Europe's typical approach to spectrum licensing.

Bansal's remarks reflect growing concern that Europe lacks any of its own digital champions to rival the likes of Netflix and Uber in the US, or Baidu and Alibaba in China.

One theory is that companies like Uber took shape in the US partly because of the country's leading position in 4G: Uber's ride-hailing app could not function without reliable mobile Internet connectivity.

If next-generation 5G technology gives rise to new services, then countries that are slow to build networks could miss out on the opportunity to produce the next Uber.

German authorities have also been accused of trying to maximize proceeds during a 5G auction that has dragged on for months. Bids hit 6.2 billion ($7 billion) last week -- around 1.2 billion ($1.4 billion) more than experts thought a sale would fetch -- as four companies tussled over a small amount of spectrum.

The regulator has reportedly increased the minimum bid size as it tries to bring the sale to an overdue conclusion.

Timotheus Höttges, the CEO of German telecom incumbent Deutsche Telekom, has previously criticized the regulator's decision to hold back one quarter of mid-band airwaves for sale to industrial groups. The move has driven up spectrum costs and means operators will have less money to spend on infrastructure, he reportedly said.

Any spending squeeze is bad news for Ericsson, which is largely focused on the development of 5G network technology, although Bansal insisted that recent events in Germany would not affect the company's outlook. "Always in our planning we have assumed that Europe will be slow, and the frustration level goes up," he told Light Reading.

Bansal also takes issue with the German decision to reserve spectrum for industrial groups, which does not suit Ericsson's strategy of selling to operators. "Operators are in the best position to serve enterprises well," he said. "We will work through them and we have signed enterprise deals through service providers in Germany."

Both Ericsson and Finnish rival Nokia have this year complained that Europe has been slow to release spectrum to operators for new 5G services. Bansal is now advocating the adoption of a Scandinavian "beauty contest" format as an alternative to the usual auction process.

"Operators are required to make a certain commitment in terms of coverage and infrastructure and then countries can flourish," he said. "It is short-term thinking by governments and regulators to get high fees up front. Then development doesn't happen, and we lose out in the next 20 years."

Concern about high auction costs in Europe is likely to have grown after China's government last week issued four commercial 5G licenses a year ahead of its original schedule. Unlike in Europe, operators are not charged for their spectrum but will be under government pressure to realize coverage targets.

Bansal is not the only senior industry executive to have warned about the consequences of a late 5G launch. During a press briefing in London earlier this year, Scott Petty, the chief technology officer of Vodafone UK, said technology developers might flock to other European countries if the UK lagged on the rollout of 5G networks.

But not everyone is convinced a late launch would be a disaster for the telecom industry. Angus Ward, the CEO of digital platform solutions for BearingPoint, a consulting firm and software developer, says operators are still not ready to sell 5G services to the enterprise market, which is typically viewed as the biggest 5G growth opportunity.

He thinks a delay could reduce the risk operators get sidelined by faster-moving Internet companies, provided the telcos use that time to adapt their business models and attract the right partners.