In the first, the operator has been testing a glass antenna, which sounds mad but is intended to be installed directly and discreetly on the inside of office buildings' glazed facades. The antenna is called Waveattoch and has been developed by AGC. It can be used with any mobile technology (2G, 3G, 4G, 5G). 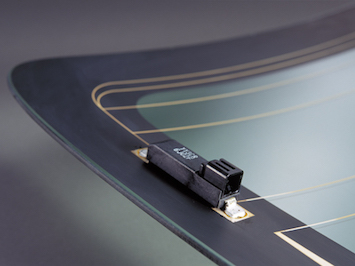 AGC's glass antenna has been tested by Proximus.
(Source: AGC)

Second up, Proximus has signed a partnership deal with HCL Technologies under the terms of which HCL will manage and service the operator's private cloud infrastructure. Proximus believes the agreement will allow it to innovate quicker and strengthen its cloud offer to enterprise customers, while operating its data center infrastructure in a more sustainable and efficient way.