IBM faces tough barriers to adoption and profitability for its Watson AI platform, according to a note from financial analyst firm Jefferies LLC.

The problems? Watson requires "hefty services component." IBM is also "outgunned in the war for AI talent and will likely see increased competition" and "returns on IBM investments aren't likely to be above the cost of capital," according to the note from James Kisner, Jefferies senior vice president, IT hardware and communications infrastructure equities research, sent Wednesday.

To be sure, the opportunity is big. A wide range of organizations are exploring using AI in their business, mostly machine learning and deep learning for image recognition, but the competitive environment doesn't favor IBM, Jefferies says. 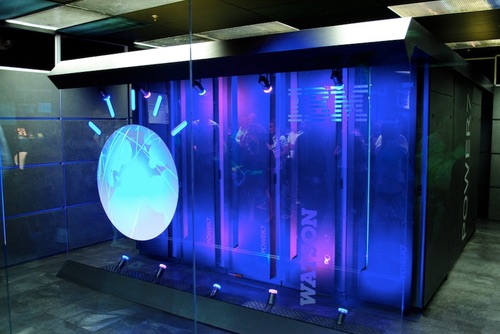 IBM Watson is "one of the most complete cognitive platforms available in the marketplace today" but "many new engagements require significant consulting work to gather and curate data, making some organizations balky at engaging with IBM," Kisner says.

And IBM faces a competitive market, with investments growing over 50% to $4.25 billion, and a whopping 1,900 startups. Moreover, other companies are doing more than IBM to attract talent -- "Amazon, for example, has more than 10x the job listings of IBM," Kisner says.

As for profitability, IBM "barely recoups its cost of capital from AI investments," Kisner says.

IBM did not respond to a request for comment.

However, in past statements IBM acknowledges that its Watson services are high-touch. They're customized to individual companies and based on in-depth knowledge of vertical industries including finance and health. It's a big-ticket purchase -- but delivers big-ticket value, IBM says.

In contrast, IBM's public cloud competitors Amazon Web Services and Microsoft Azure are focused on delivering tools to allow enterprises and cloud application providers to build their own services based on AI.

IBM is looking to Watson, cloud and related services -- which IBM calls "strategic imperatives" -- to counter the drag that its legacy business has on earnings. Overall revenue has fallen 20 quarters in a row as of the quarter ending March 31, to $18.2 billion, down 3% year-over-year. But strategic imperatives revenue was $7.2 billion, up 12% year-over-year. (See Legacy Business Still Dragging IBM Down.)

IBM on Wednesday announced it is expanding Watson into new territory, offering Watson services to automate and streamline IT support for enterprise customers. (See IBM Automates IT Services With Watson.)

Ariella 7/25/2017 | 9:25:37 AM
Re: Marketing @kq4ym It does make sense to get on the AI bandwagon now. It is developing with great speed, so much so, that Elon Musk felt compelled to say that it is time to proactively regulate before major harm is done. He believes there is much greater potential for harm in this form of technology than in others that we've seen.
Reply | Post Message | MESSAGES LIST | START A BOARD

kq4ym 7/25/2017 | 8:19:55 AM
Re: Marketing It does seem that IBM is looking at a different market and has an entirely different agenda for AI. "It's a big-ticket purchase -- but delivers big-ticket value, IBM says." While it's developing for that market it also seems to have perhaps a social agenda to develop ideas that will benefit society in general over the long term and a big stake in healthcare. It will be interesting to see what happens over the longer term at IBM.
Reply | Post Message | MESSAGES LIST | START A BOARD

Ariella 7/17/2017 | 11:51:25 AM
Re: Marketing @Danielcawrey True, the reality rarely lives up to the hype. But IBM really is working Watson in many ways. I recently interviewed a founder of a start that partnered with IBM to use Watson's abilities in analyzing feelings of people from their tweets.
Reply | Post Message | MESSAGES LIST | START A BOARD

danielcawrey 7/16/2017 | 3:21:27 PM
Marketing You have to admit, Watson has been a marketing wonder for IBM. My question would be whether or not this will amount to anything long-term. There seems to be questions popping up now - a classic issue between what we see on television ads versus reality.
Reply | Post Message | MESSAGES LIST | START A BOARD
EDUCATIONAL RESOURCES