That was fast. Apple has released iOS 11.0.1, an update to iOS 11 for iPhones and iPads that fixes a bug that meant some users were unable to send mail to Office 365 and Exchange.

Articles describing the bug were updated on Apple and Microsoft websites Tuesday. Previously, iOS 11 users experiencing the problem would see the error message "Cannot Send Mail. The message was rejected by the server," when attempting to connect to Office 365 or certain versions of Exchange server. (See Whoops! Apple's New iPhone Software Breaks Office 365.) 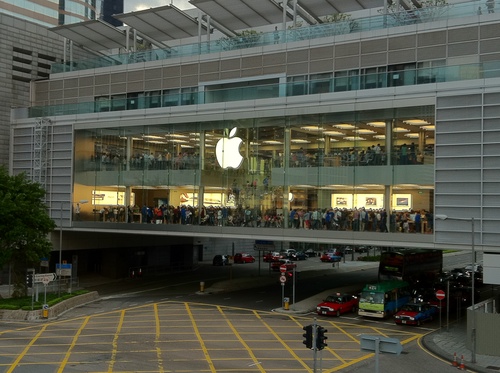 iOS 11, which shipped this month, is particularly focused on beefing up the iPad as a tool for business, with new multitasking features and a Files app to make it easier to access information located on iCloud and other cloud storage services, including Box and Dropbox. Previously, Cisco, SAP and IBM have partnered with Apple on making iPhones and iPads good citizens on their enterprise estates. (See Apple's Cloud Strategy Will Save the iPad and Apple Launches Animated Poop Emoji, iPhone X.)

Joe Stanganelli 10/14/2017 | 11:31:17 AM
Re: fix Yes, bringing this around full circle, it seems that the only real-customer UX issues that Apple cares any figs about are the headline grabbing ones -- which are typically only when something is tremendously wrong (Antennagate) or when, as in this instance, there is a fundamental incompatibility with a *major* third-party tool that its users rely upon.

Apple knows that, at the end of the day, they stand to lose a critical mass of users if those users can't use major apps like Office 365 or Uber. Other problems, however? We're pretty much told its either third-party devs' fault, or its our own fault as users.
Reply | Post Message | MESSAGES LIST | START A BOARD

From what I've been reading, the pure Android UI is improving in ways the iOS is failing. I wouldn't know for sure since I still use an older phone running Android 4.4.
Reply | Post Message | MESSAGES LIST | START A BOARD

I finally had the opportunity to check out and play with the update fairly recently, and HOLY CRAP IS IT AWFUL.

Some of the default apps  have utterly redundant labels in big bold hipster font that take up tons of valuable screen real estate.

Taking a screenshot now puts the screenshot (or series thereof) into the bottom left corner of the screen and keeps them in your way a while until you either do something with them or wait what seems like about one and a half eternities.

Certain apps -- Office 365 aside -- simply do not work with iOS 11 if the devs haven't speciically updated the app to work with it.

(Sure, if you're one of the cool kids who hates Microsoft in a socially acceptable way, all is well and good, but what about if you rely on, say, Dragon Dictation (which has not, last I checked, been updated for iOS 11) -- one of the best voice-transcription tools available? Or if your favorite game, or other app, hasn't been updated?)

There are other things I remember not liking about it, too, but those are the top three that come to mind immediately.
Reply | Post Message | MESSAGES LIST | START A BOARD

That said, the expert I cite -- Andy Crestodina -- is a smart guy and his arguments are compelling. I see both sides of the argument -- and I think it ultimately may come down to a case-by-case basis and/or how elegantly you do it. On some websites, this motif works just fine. On others, it's frustrating.

Here's the relevant piece, in which I cite both Crestodina and a fellow marketing analytics guy, Justin Rondeau: (link)
Reply | Post Message | MESSAGES LIST | START A BOARD

[email protected] 10/12/2017 | 12:07:21 PM
Re: fix Joe I respectfully disagree with your expert the scrolling or below the fold information is always missed. For mobile sites it's even more critical. Just porting a standard sit to a mobile site is a big mistake in design the user experience on a phone is completely different from the user experience on a  laptop.
Reply | Post Message | MESSAGES LIST | START A BOARD

Michelle 10/11/2017 | 9:43:42 PM
Re: fix Indeed. I see it all the time. This particular designer makes design decisions and tries to justify them by citing research they most likely didn't read and isn't relevant to the industry. It's frustrating to work with people like this who seemingly make products for themselves alone. UX experts and UX writers make a huge difference!
Reply | Post Message | MESSAGES LIST | START A BOARD

Actual UX experts understand the importance of focus-group-like work with categories, using real users, so that they can know from real people what a site should look like.

Design nerds, meanwhile, are too busy daydreaming about their favorite hipster font sparsely populating a bunch of bleak whitespace, or whatever.
Reply | Post Message | MESSAGES LIST | START A BOARD

Michelle 10/4/2017 | 10:02:43 PM
Re: fix Mobile web trends have infected desktop design and it's mostly terrible!! I've seen the infection affect a designer for a very large project. When asked about design choices they cited a big news site as justification for poor user experience and even worse font size choices. The design created was barely usable on desktop and didn't work well on mobile. Designer remained smug and arrogant even though people couldn't make sense of the design (still has the job too).
Reply | Post Message | MESSAGES LIST | START A BOARD

As someone who quickly tires of scrolling and just wants to find what I want to find, I definitely beg to differ.
Reply | Post Message | MESSAGES LIST | START A BOARD

Joe Stanganelli 10/3/2017 | 4:10:09 PM
Re: fix @Michelle: I've definitely notcied this. I'm particularly displeased when sites don't work well on my mobile device because they're trying to hijack their content to get me to download their app. I'm even more displeased at how difficult it is to find stuff on mobile-optimized sites -- and, in those cases, even more so when they make it next-to-impossible if not downright impossible to load the desktop version of the site.

And all of this is not to mention the worsening of desktop design because of mobile trends. "Mobile friendly" does not equal "desktop hostile".
Reply | Post Message | MESSAGES LIST | START A BOARD
Page 1 / 3   >   >>
EDUCATIONAL RESOURCES

Solving the complicated integration challenges of a digital transformation
How do your business processes stack up against the competition?
Successful cloud migrations require end-to-end services
A seamless approach to migrating data to the cloud
More Blogs from Wagners Ring
Podcast: Don't Call Us an SD-WAN Provider  Cato Networks