IBM and Oracle are looking to rival each other in the cloud market by announcing significant customer agreements within a few days of one another.

On June 26, Oracle announced that it has signed an agreement with Bank of America to supply the bank with its cloud-based enterprise resource planning (ERP) and other financial applications.

The applications will run on-premises within Bank of America, but use Oracle's hardware, according to CNBC. Both the ERP and financial-planning apps will be used within the bank's international general ledger, as well as its broker-dealer system.

"We anticipate 80 percent of our technology workloads will be delivered on the cloud within the next few years, and this solution for general ledger reflects our evolving strategy and the improvements in cloud security and economics," Cathy Bessant, chief operations and technology officer, noted in a statement. 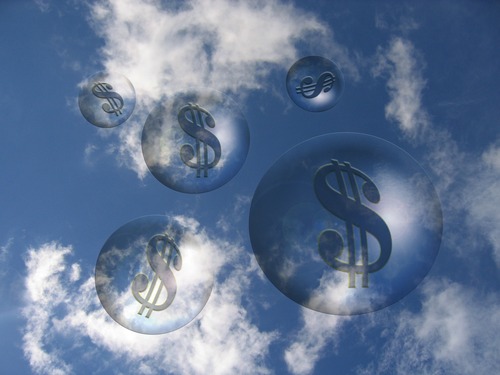 CNBC also reported that the Oracle ERP apps are displacing some SAP workloads used by Bank of America.

Not to be outdone, IBM announced a deal with America Airlines on June 27 that will see the airlines move several critical applications, including its main, customer-facing website -- AA.com -- along with mobile applications, check-in kiosks and other workloads to Big Blue's public cloud.

Although customer-facing parts will run on IBM's public cloud, American will still use its on-premises systems and other third-party software to maintain backend connectivity.

"We also wanted a partner that would offer us the agility to innovate at the organizational and process levels and have deep industry expertise with security at its core," Daniel Henry, American's vice president for Customer Technology and Enterprise Architecture, wrote in a statement on Tuesday.

IBM and Oracle have each tried to make their way in the public cloud market even as the two companies struggle with legacy offerings, including on-premises software requiring long-term contracts, and customer bases looking for more flexible offerings that are in the cloud.

In Gartner's recently released Magic Quadrant for infrastructure-as-a-service (IaaS), IBM and Oracle are each listed in the leadership category, but remain far behind Amazon Web Services when it comes to execution. Microsoft and Google also outranked Oracle and IBM in the report.

kq4ym 7/6/2017 | 11:31:37 AM
Re: Says it all It will be interesting to watch IBM and Oracle as they not only battle one another but to see if they will try to play catch up with Google and Microsoft or play for a more niche role in the cloud service arena.
Reply | Post Message | MESSAGES LIST | START A BOARD

JohnMason 6/30/2017 | 4:30:19 PM
Says it all This says it all: "We anticipate 80 percent of our technology workloads will be delivered on the cloud within the next few years." Maybe sooner!
Reply | Post Message | MESSAGES LIST | START A BOARD

Scott_Ferguson 6/27/2017 | 5:06:31 PM
Re: ERP @danielcawrey: And Oracle has really doubled down on ERP, especially in the cloud. It seems what BoA wanted out of the deal was some type of hybrid solution, but Oracle manages the heavy lifting.
Reply | Post Message | MESSAGES LIST | START A BOARD

danielcawrey 6/27/2017 | 3:32:50 PM
ERP For big companies, Enterprise Resource Planning, or ERP, is a big component to making all the gears move. SAP and Oracle seemed to be locked in as major rivals in the ERP space, and I find it interesting they defined these products as cloud because the servers are on-premise.