US cable operators have seen a massive spike in broadband subscriber growth during the pandemic as consumers clamored for solid Internet connectivity, but pure demand is just one reason for the surge, reckons a top industry analyst.

"Cable is, in short, a COVID winner," Craig Moffett, analyst with MoffettNathanson, surmised in a fresh analysis (registration required) of the US broadband industry for Q2 2020. "But it's a little more complicated than that."

A rise in new household formation during this period is yet another key contributor. But a key one occurring more quietly behind the scenes is that cable operators have accelerated their footprint expansions through "edge-outs"  expansions of their networks into adjacent rural markets that lack wireline broadband or only have access to relatively slow DSL services.

"Faced with a seemingly inevitable pull-back in new household formation, cable operators have begun to look inward. Or, if you prefer, outward to the edges of their networks," Moffett wrote. "Cable operators are quietly accelerating homes passed."

According to Moffett's analysis, the top four publicly traded US cable operators  Charter Communications, Comcast, Altice USA and Cable One  have, with the help of these aforementioned edge-outs, boosted the growth rate of their overall homes passed: 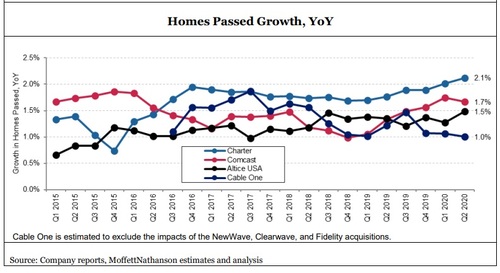 Those operators aren't alone. Network edge-outs have long been a hallmark of WideOpenWest, a competitive cable overbuilder. Last month, WOW reported that its edge-out projects had reached a total of 189,700 homes passed and 45,200 subs since the program's inception. WOW's edge-out initiative has reached an additional 2,400 homes so far in 2020.

Moffett points out that Charter and Comcast have already signaled plans to speed up edge-outs, with Comcast going about it alone and purely organically while Charter explores it with the aid of government subsidies, including a plan to participate in the multi-billion-dollar Rural Digital Opportunity Fund (RDOF). Moffett also expects Altice USA to be a significant player in the upcoming RDOF auction, and speculates that Comcast might step in for the second phase of the RDOF auction.

"All this is likely just an appetizer to what will very likely be an even larger rural broadband push after the election in a post-COVID stimulus bill," the analyst explained. "A House infrastructure bill passed earlier this year called for $80B for broadband. We expect cable operators to be significant players in all rural broadband buildouts going forward. 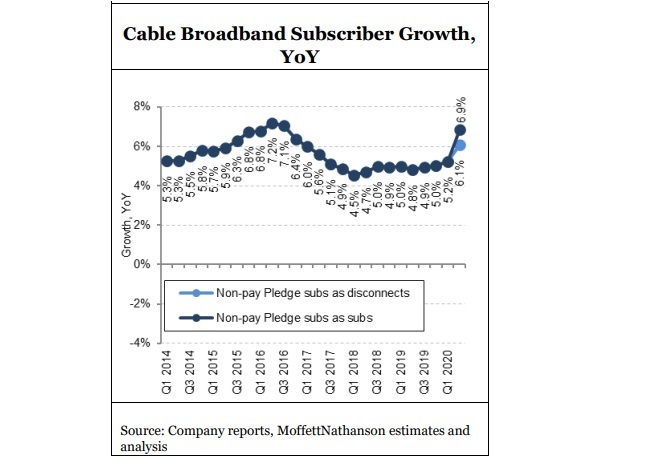 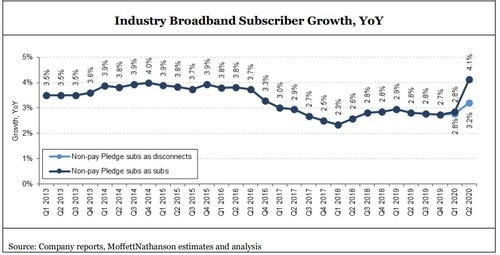