Disney+, ESPN+ to launch on Comcast's X1 and Flex platforms

Comcast said it expects to add Disney+ and ESPN+ to X1, the cable operator's pay-TV platform, and Flex, a streaming/smart home product for broadband-only customers, in the first quarter of 2021.

Following integration, Disney+ and ESPN+ subs will be able to log in through both Comcast platforms, and new customers will have a variety of ways to sign up for those services, including through Comcast, "in the future," the companies said. Financial terms of the arrangement, and how much of a cut Comcast might get from new Disney OTT customers that come through the cable operator's door, were not disclosed. 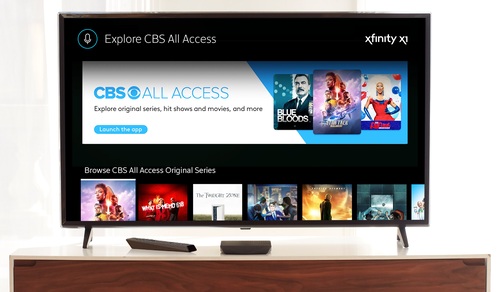 Comcast added CBS All Access to X1 this week, following an earlier integration on its Flex platform. The additions of Disney+ and ESPN+ should aid Comcast's plan to adapt its X1 software platform to smart TVs on a global basis.

The deal will of course give Disney+ and ESPN+ more exposure to Comcast's US base, which includes 19.22 million residential video subs and 27.83 million residential high-speed Internet customers. Disney has also cut a deal with Charter Communications that paves the way for future integrations of Disney+, Hulu and ESPN+ on Charter's pay-TV platform.

At the end of Disney's fiscal Q4, Disney+ had 72 million subs worldwide along with 32.5 million Hulu SVoD customers and 10.3 million ESPN+ subs.

At its investor day Thursday, The Mouse announced that Disney+ has jumped to 86.8 million subs worldwide. Disney is also launching a new bundle with Disney+, ESPN+ and Hulu's ad-free SVoD service for $18.99 per month, compared to a bundle with Hulu's ad-supported tier that runs $12.99 per month.

"From day one we have set out to make our streaming services available both widely and broadly to audiences and we're excited to extend this promise to the millions of Xfinity customers," Michael Paull, president of Disney+ and ESPN+, said in a statement.

The new streaming integration deal with Disney could also assist Comcast's broader streaming platform ambitions, including a plan to adapt X1 to smart TVs on a global basis. Comcast has reportedly held talks with Walmart about developing, distributing and promoting connected TVs outfitted with Comcast's software and apps.

Comcast has already integrated several major streaming services, including Netflix, NBCU's Peacock, Amazon Prime Video, Spotify, YouTube, Pandora and CBS All Access. Comcast is in the process of integrating HBO Max, the supersized SVoD service from WarnerMedia that launched May 27.