Tonga faces a month without Internet in wake of eruption

The island state Tonga will be without Internet services for at least a month in the wake of last weekend's massive volcano eruption.

Subsea cable company SubCom has said it will take at least four weeks to get the cable repaired, the New Zealand Foreign Ministry has advised. 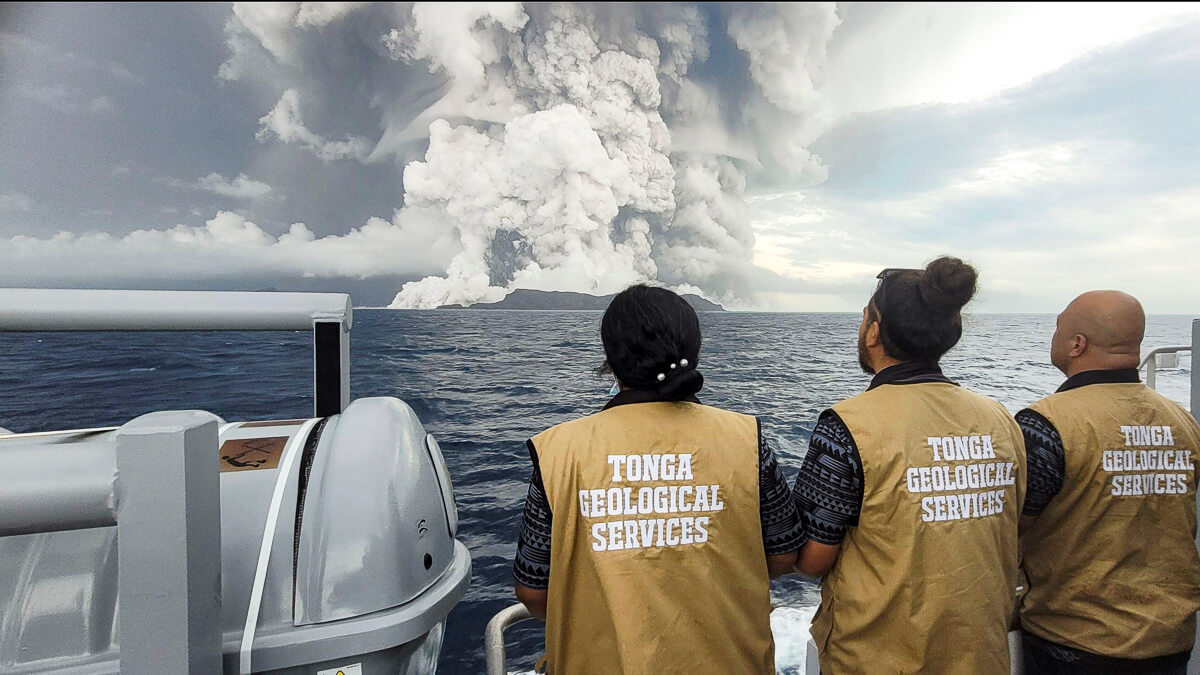 The company said it is working with Tonga Cable Ltd to mobilize a cable ship to the region, the BBC and Reuters reported.

Currently Tonga's connection to the world is through satphone and limited satellite Internet.

Domestically, mobile phone company Digicel has set up a temporary system on the main island of Tongatapu using the University of South Pacific's satellite dish, which can support a 2G connection, the NZ ministry said.

The network has only 10% of full commercial capacity and will prioritize voice and SMS.

Tonga's Hunga Tonga volcano just had one of the most violent volcano eruptions ever captured on satellite. pic.twitter.com/M2D2j52gNn

The giant explosion brought down the 830km Tonga Cable System (TCS) that connects the kingdom to Fiji, 827km to the northwest.

The cable lands in Suva, where it links to the northern leg of the Southern Cross network that runs across the Pacific from Sydney to the US West Coast.

Owned and operated by state-owned Tonga Cable, TCS was completed in 2013 at a cost of $36 million, funded mostly by the World Bank and the Asian Development Bank.

Prior to the cable's deployment, only 2% of the population had access to the Internet and just 0.9% could use broadband, according to the ADB.

The cable cut, the second in three years, underlines the precariousness of Pacific communications and the need for some high-bandwidth redundancy.

An obvious opportunity beckons here for Starlink, OneWeb and other satellite broadband services.

It may be that they are already prepping to provide emergency capacity to support the rescue effort. But there must be a business case for long-term satellite-based redundancy across the Pacific.

With the US and China competing for influence in the island states, it's likely that funding won't be hard to come by.

Tonga prime minister Siaosi Sovaleni has described the eruption just 65km north of the capital as an "unprecedented disaster".

Data gathered so far suggests the volcanic explosion is the biggest on Earth in 30 years, creating 15-meter waves that demolished several islands and sending ash a record 39km into the atmosphere.