Six things to watch for in Apple's iPhone 13 announcement

Apple is expected to unveil a new iPhone next week, and the event will be carefully watched by the telecom industry. More than a decade after entering the smartphone industry, Apple remains a major telecom trendsetter globally, and its annual iPhone unveilings often set the tone for much of the rest of the industry.

This year is no different. Here are six themes to track as Apple shows off its latest smartphone wares:

AT&T came out swinging during Apple's iPhone launch last year with a free phone promotion it continues to offer today. As a result, T-Mobile and Verizon have been forced to respond with promotions of their own.

Now, as a new iPhone looms, the question becomes: Will the carriers ratchet up their competitive intensity?

"It will be interesting to see what Verizon has in store for the 2H21 iPhone/holiday season amid the [pandemic] reopening, continued elevated competition, and balancing growth with profitability as we consider both AT&T and T-Mobile continuing to be aggressive on the promotional front," wrote the financial analysts at Cowen, in a recent note to investors.

The financial analysts at LightShed Partners noted that 2021 is a unique year because US wireless carriers collectively stand to gain a total of 9 million new postpaid subscribers, up from a norm of 6 million. The analysts expect things to cool down next year  and for AT&T to gain an outsized number of customers throughout 2022.

Regardless, some financial analysts expect T-Mobile, AT&T, Verizon and the nation's cable companies to pull out all the stops when it comes to selling Apple's new iPhone 13.

"We could also see more aggressive wireless promotional activity around the upcoming iPhone launch as carriers increasingly subsidize upgrades as well as switchers," the financial analysts with Morgan Stanley Research wrote in a recent note to investors.

2. Will the iPhone 13 connect to satellites?

In recent weeks, there has been speculation that Apple will somehow use satellite connectivity to allow its customers to augment  or potentially bypass  services from their traditional, terrestrial network services provider.

Adding fuel to such rumors, longtime satellite veteran Globalstar has generated millions of dollars in revenues from a mystery customer that some believe to be Apple. Bloomberg reported that Apple is working on an emergency alert service using satellites, but noted the feature would not be ready for this year's phones.

Nonetheless, ongoing reports of Apple's interest in satellites dovetail with a wider trend among satellite providers to integrate their offerings into terrestrial networks. For example, AT&T this week announced a new deal with low-Earth orbit (LEO) satellite operator OneWeb for connectivity in rural areas.

3. How will Apple address midband and highband 5G?

Apple's iPhone 12 launch last year focused heavily on the inclusion of 5G into the vendor's gadgets. And a big part of Apple's 5G story centered on the capabilities of 5G running in highband, millimeter wave (mmWave) spectrum.

That emphasis was such that the CEO of Verizon, a major proponent of mmWave 5G, took a starring role in Apple's iPhone 12 unveiling last year to talk up the speedy capabilities of 5G on the operator's highband spectrum.

However, US operators including Verizon are now in the process of shifting their attention to midband 5G networks. In fact, in the months since Apple announced the iPhone 12, Verizon and AT&T collectively spent roughly $80 billion acquiring midband C-band spectrum licenses. They're now constructing C-band 5G networks that ought to launch near the end of this year.

Not the new iPhone 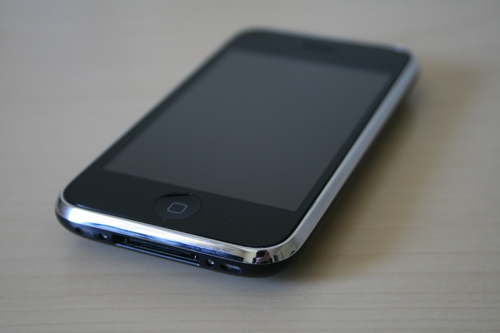 The iPhone 13 likely will support that C-band spectrum, but it's not clear whether Apple will spend time during its event next week wading into the differences between highband 5G and midband 5G.

But Apple's stance on midband 5G will be important to T-Mobile because the operator is making significant strides building its own midband 2.5GHz 5G network. T-Mobile would undoubtedly be pleased if Apple touted the benefits of midband spectrum  and Apple may well have a reason to mention T-Mobile during its event next week considering T-Mobile is now offering the Apple TV+ streaming video service in its most expensive unlimited plans.

As noted by PCMag, Apple's newest 5G tablets do not support the spectrum bands that Dish Network is using for its new 5G network.

It's not clear whether Chapple will be able to influence Apple's iPhone roadmap this year, particularly considering such roadmaps are often years in the making. But an iPhone supporting Dish's spectrum bands would clearly represent a huge win for Dish.

After all, Dish won't have much to show for its open RAN 5G investments if customers have no devices that can actually connect to the network it has promised to build around the country.

It's no secret that the supply of all kinds of electronics  from video game consoles to automobiles  has been affected by ongoing chipset component shortages. The situation has even cut into the rollout of fiber networks around the US; AT&T recently reduced its fiber deployment goals for 2021 due to the issue.

Apple has so far managed to remain unaffected by supply chain constraints. "At this point, channel checks seem to suggest that issues are largely being seen in the Android ecosystem rather than for iPhones, with particular challenges at the lower end of the market particularly among prepaid customers," wrote the Morgan Stanley Research analysts of component shortages in the smartphone industry.

However, there are indications that Apple may well find itself facing difficulties in supplying enough iPhone 13s to meet demand. And that's important considering Apple is reportedly planning to make 90 million iPhones this year, a 20% increase over its production plans for the iPhone 12 last year.

6. Will Apple put 5G into other devices?

Although it likely makes little difference to rank-and-file Apple users whether their watch or laptop connects to 4G or 5G, the issue is paramount to network operators hoping to cash in on 5G growth.

The reasons are clear: 5G is a more efficient technology than 4G, and as a result operators are working hard to move their 4G customers onto their new, shiny 5G networks. More importantly, though, those operators are also hoping to sell monthly service plans for devices beyond smartphones. Already many charge an extra $10 per month for Apple watch users to add their cellular-capable devices onto their existing smartphone service plans. A 5G-capable laptop from Apple would essentially create a new category of Apple devices that operators could profit from.

There are already a handful of 5G-capable laptops from the likes of Lenovo and others, but 5G operators would doubtlessly be pleased to expand their 5G gadget lineups with laptops from Apple.

AI/ML for the 5G RAN
5G for the Internet of Things: Connecting Everything, Everywhere
Deploying mmWave to unleash 5Gs full potential
Whats in the future of 5G millimeter wave?
How to build high-performance 5G networks with vRAN?
More Blogs from DanoVision
A look at FWA's Pyrrhic victory over cable

I took a tour of the company's Riverfront campus in Colorado, which houses around 1,000 employees who are all working to build and sell the company's new 5G network. Here's what I saw.