NEC waltzes off with Blue Danube to bolster 5G unit

Another American 5G company has been netted by Japan Inc. Months after Rakuten bagged the remainder of Altiostar, a US software company it had already part-acquired, NEC has waltzed into the States and picked up Blue Danube, a specialist in beamforming for massive MIMO (more on that later). The deal is just the latest sign of Japanese and NEC ambitions to be a lot more visible on the 5G dancefloor than the 4G one.

Blue Danube first came to attention a few years ago when AT&T began using its beamforming technology in 5G trials. The general idea with beamforming is to focus a wireless signal on the end-user device, rather like a spotlight on a performer, instead of wastefully blanketing wide areas with a much weaker service. Using a retrofitted unit that Blue Danube supplied, AT&T was able to boost throughput by two to five times in areas of high traffic demand  or so Blue Danube claimed.

AT&T was impressed enough to become an investor in the firm, however, alongside private equity firms Northgate, Sequoia and Silver Lake. Since then, Blue Danube says it has carried out numerous other trials globally based on massive MIMO, a high-performance 5G system that essentially works by cramming dozens of receivers and transmitters into the antenna. Its software can be used in both FDD and TDD spectrum bands and has been shown to boost capacity threefold, it says. 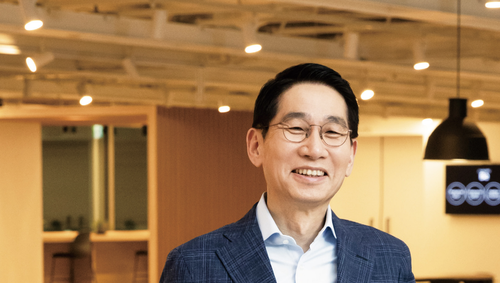 The NEC acquisition  the financial terms of which have not been disclosed  provides some endorsement of those claims. The Japanese technology giant began making waves in 5G when it was chosen to supply advanced radio units for the mobile network Rakuten is building in Japan.

It subsequently added 5G core network software to its product portfolio and is due to unveil software for the radio access network at the Mobile World Congress show in Barcelona next month. Rakuten is using NEC radios in conjunction with Altiostar software, taking advantage of a concept called open RAN, which unlocks interfaces so that different RAN components do not all have to come from the same supplier.

Telco enthusiasm for open RAN partly explains why NEC is landing contracts. In theory, the concept means specialists without an end-to-end portfolio of RAN products can more easily compete against the big kit vendors  Ericsson, Huawei and Nokia. With Huawei barred from some countries for geopolitical reasons, operators seem interested in finding alternatives to avoid over-reliance on the Nordic vendors.

As things stand, NEC looks tiny in 5G next to the industry giants. Last year, it made about $370 million in revenues and ran up an operating loss of around $110 million. To put that in some context, the overall RAN market alone generated $45 billion in sales, according to Omdia, a Light Reading sister company.

But NEC is not short of ambition. By 2026, it is targeting $1.7 billion in annual sales and an operating margin of 10%. It also aims to have captured a fifth of the entire market for open RAN products by 2030. If Blue Danube makes some prospective customers look at NEC more seriously, those lofty targets may be easier to reach.

The nature of Blue Danube's technology is likely to prompt some comparisons with Cohere, another US startup that is also focused on beamforming. Cohere's technology is able to work entirely through a software application that sits on a server in the distributed unit, the part of the open RAN responsible for baseband processing.

Blue Danube looks different in several ways, according to Gabriel Brown, a principal analyst with Heavy Reading (another Light Reading sister company). It functions in the antenna system itself, he says, and in trial days Blue Danube had developed its own chip technology, as well as the associated software. The company currently markets various antenna panels under the BeamCraft brand on its website.

NEC's takeover  expected to finalize in March  will add to the sense that US and Asian firms are racing ahead of the Europeans in the nascent open RAN market. Worried Europe will lack its own ecosystem of suppliers, Europe's big operators have even written jointly to local authorities, requesting government support for startups and trials. The quandary, perhaps, is doing that without tripping up Ericsson and Nokia.