BT is in talks about using Ericsson as a replacement for Huawei in its radio access network (RAN), and does not expect to make any significant commitment to open RAN technology for at least six years, a UK parliamentary committee was told this week.

Howard Watson, the UK operator's chief technology officer, revealed that his company is now in "commercial discussions" and trials with Ericsson, following the UK government's recent decision to ban the use of Huawei's 5G equipment beyond 2027.

Under rules introduced this year, BT will still need to restrict Huawei to just 35% of its 5G RAN by January 2023 and will not be allowed to buy any 5G products from the Chinese vendor after December 31 this year. 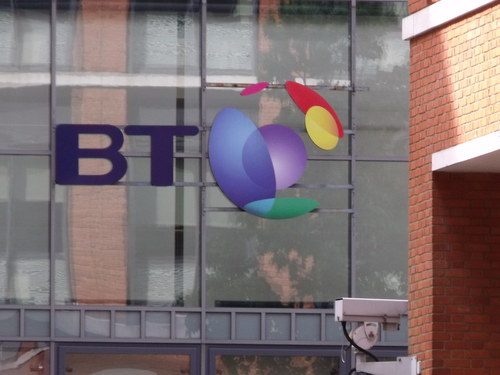 The odds have shortened on a 5G deal between BT and Ericsson.

The 35% cap was announced in January, but rules were recently tightened after the US government announced much tougher sanctions in mid-May to prevent Huawei from acquiring semiconductors made with US manufacturing tools or software.

As a result of those sanctions, the UK's National Cyber Security Centre has said the risks associated with Huawei can no longer be managed.

The Chinese firm currently supplies equipment used across about two-thirds of BT's 19,000 mobile sites, with Finland's Nokia serving the rest.

One option still on the table is to assign a bigger role to Nokia, which has also been carrying out trials at Huawei sites, although BT is unlikely to make Nokia its only RAN vendor.

BT has ruled out the use of a 5G "overlay," which would allow it to build a separate 5G network on top of Huawei's existing 4G one.

Accordingly, it needs to replace the 4G equipment as well, using the same vendor for both technologies to maximize performance and avoid any technical interoperability problems.

However, its reliance on "single RAN" basestations, which deliver 2G, 3G and 4G services over the same kit, means the new vendor must have 2G and 3G products as well.

This also rules out the use of South Korea's Samsung, which has focused exclusively on 4G and 5G technologies.

BT executives say they can replace Huawei at an incremental cost of just £500 million ($648 million) because much of the network equipment would have been due for replacement in the timeframe of the ban.

Closing the door on open RAN
Yet an investment in mainstream products made by Ericsson and Nokia means BT is unlikely to use emerging open RAN technologies  allowing an operator to combine equipment from different vendors, including smaller software companies, at the same site  for at least six years, Watson told UK politicians this week.

"I will already have swapped a significant amount of equipment out for new equipment, which from an economic perspective I need a seven-year life for, and that will in the main be equipment that exists today," he said. "In the BT mobile network, I think I am probably looking at the back end of the 2026, 2027 time period before I could usefully deploy open RAN."

The remarks come days after Vodafone CEO Nick Read talked up the prospect of a rural open RAN network next year and one for urban areas in 2022.

Proponents say the technology would stimulate competition in a RAN market currently dominated by Huawei, Ericsson and Nokia, helping to lower costs through the use of general-purpose equipment and new software tools.

But it remains immature and largely unproven, according to Scott Petty, the chief technology officer of Vodafone UK.

"The technology is very new and hasn't really been trialed at scale for everything across 2G, 3G, 4G and 5G  the places it has been deployed are just for a single technology, perhaps 4G or 5G only," he told the parliamentary committee. "We need to learn how to operate those techs and make sure they are secure and fully validated and tested for the different vendors we use in the ecosystem."

Petty reckons an open RAN network would be feasible in rural communities by 2023 and in more demanding urban areas by 2025.

Vodafone's options
Open RAN is likely to play a major role in the network of Vodafone UK, which currently uses Ericsson at about two thirds of its 18,000 mobile sites and Huawei at the remainder.

Vodafone will probably want to avoid overreliance on Ericsson and took an earlier decision to phase out Nokia, implying some dissatisfaction with the Finnish vendor's technology.

A 5G deal with Samsung is a possibility, despite the technical constraints, and Japan's NEC could also figure in Vodafone's plans.

"Samsung lacks capabilities in 2G and 3G to be deployed at scale, but they will have a significant role to play in open RAN, as will likely NEC," said Petty.

Replacing Huawei will be a costlier exercise for Vodafone than it is for BT, however. Vodafone has only just completed a major upgrade of its equipment and would have to write off much of the expense.

Petty declined to provide a more specific number this week.

"We have done calculations on the cost impact. That is commercially sensitive data. I would be happy to share in writing but not in a public forum," he told politicians.