WiCipedia: Fake it till you make it  the confidence edition

This week in our WiCipedia roundup: Confidence seems to be the topic du jour for women in tech; black female founders take the stage; a venture capital battle of the best; and more.

Put on your Wonder Woman gear 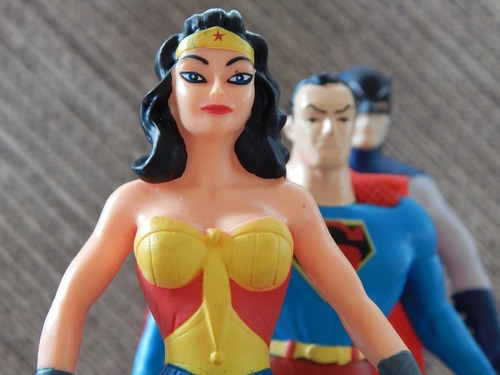 Let's just call it like it is: Pixabay images are really, really sexist.
(Source: Pixabay)

Like what we have to say? Click here to sign up to our daily newsletter
Related Stories
COMMENTS
Newest First | Oldest First | Threaded View
Add Comment
Be the first to post a comment regarding this story.
EDUCATIONAL RESOURCES
sponsor supplied content
5Gs Impact on Edge Infrastructure
Watch the video: Challenges to Defending Against DDoS Attacks in the Age of Digital Transformation
Improve network stability and accelerate DDoS attack mitigation  get the success story
Find out why over 90% of ISPs trust NETSCOUT with their Smart Security in this solution brief
Learn which vertical is #1 in vertical industry attacks (you may not be surprised)
Network Data is the Key to Meeting Challenges for Service Providers. Stephanie Gibbons and Dr. Vikram discuss the key ingredients for success.
Watch the video with NETSCOUT and Light Reading: Service Providers  Are You Cloud Confident?
NFV Success Story: Get NFV Cloud Ready
Educational Resources Archive
More Blogs from WiCipedia
WiCipedia: How to create a diverse board