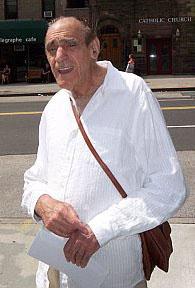 This is either a proprietary
switch or Abe Vigoda.
Either way, not dead.

White boxes can provide some network functions, such as security, Nicklas said.

"But if you're in the path of high volumes of data -- 100 to 500 ports -- you need high performance," Nicklas told us after the discussion. A typical Internet provider has a point-of-presence in a city and requires high-performance hardware in that PoP. "You won't have enough slots to put 10G cards in a white box."

That said, software is becoming increasingly important to network operations and requires new relationships with vendors and skills from network managers, Tarazi said. Vendors need to become partners, willing to commit to long-term relationships, with robust software for operations and management. For most service providers, the days of just buying cheap, powerful switches are over.

Network managers need to have both networking and software skills, Tarazi said: "You need a new skillset. We call them 'white unicorns.' You can't find them."

Ciena Corp. (NYSE: CIEN) has a headstart there, president and CEO Gary Smith said, noting that over 70 percent of its engineers are software engineers.

Service providers' changing needs change the vendor relationship, Smith said. "Historically, Ciena has been buried deep in the network, and occasionally we stuck our head up and said, 'What's going on?' " But now Ciena needs to be more aware of service providers' business needs. Ciena spends as much time with customer marketing departments as it does with engineers, as well as spending a lot of time with CIOs. (See Ciena CEO: I'm So Excited!)

Replacing proprietary switches with white boxes running open-source is a central tenet of SDN. (See Defining SDN & NFV.) But that's the purist vision. As with open-source movements in IT, purists want to cleanse the city by driving out proprietary infidels (so to speak). Pragmatists look to leverage the advantages of open-source and commodity hardware while continuing to use proprietary technology where it makes sense. (See 6 Degrees of Separation: SPs Define 'Open'.)

Roz Rose 3/13/2014 | 10:17:41 AM
The jury is still out on white boxes in telco dc Very interesting, Mitch. I'm in the midst of doing research on this very topic right now, and there doesn't seem to be any consensus on how suitable white boxes are for the telco dc. The telcos need to match the cost structure of the Web guys to really compete for cloud services, but as pointed out here, there's more than cost to consider. The issue of the telcos having the necessary programming skills to manage an increasingly IT-looking environment has come up in nearly all of my discussions.
Reply | Post Message | MESSAGES LIST | START A BOARD

anikolai 3/13/2014 | 10:38:56 AM
Re: The jury is still out on white boxes in telco dc I've always seen white boxes as capable of offloading or optimizing but very rarely replacing. Higher performance networking hardware and higher complexity networking functions are definitely required, the likes of which will require some traditional networking equipment; the question is, can they be implemented more efficiently on a subset of traffic.

(By always I mean the last few months...things are moving quite quickly in Telecom now.)
Reply | Post Message | MESSAGES LIST | START A BOARD

mendyk 3/13/2014 | 11:03:20 AM
70 percent -- big deal Ciena's boast that 70 percent of its engineers are software engineers sounds impressive, but Cisco is claiming an 85 percent figure for its software engineers. Who will be the first to hit the magic 110 percent mark?
Reply | Post Message | MESSAGES LIST | START A BOARD

DOShea 3/13/2014 | 1:22:15 PM
Re: 70 percent -- big deal Interesting percentages, but in the age of open networking it begs another question--what percentage their time is being spent on open source software work?
Reply | Post Message | MESSAGES LIST | START A BOARD

mendyk 3/13/2014 | 1:23:37 PM
Re: 70 percent -- big deal As neither company is a nonprofit, we can assume they are working on initiatives that benefit their employers.
Reply | Post Message | MESSAGES LIST | START A BOARD

Mitch Wagner 3/13/2014 | 6:11:13 PM
Re: The jury is still out on white boxes in telco dc I'm still not entirely clear on what the "IT-ization" of service providers means, even after sitting through a panel on the subject. It seems to invovle telecoms becoming more agile.
Reply | Post Message | MESSAGES LIST | START A BOARD

dwx 3/13/2014 | 6:19:21 PM
Re: The jury is still out on white boxes in telco dc I think the common thoughts are you can scale out instead of scaling up, and the software will manage the scale portion of it.   That's what has happened in lots of other arenas.  One issue I've seen recently is around things like symmetric flows through a piece of equipment doing some kind of traffic management.  The white box scale out approach requires ECMP and we are starting to see symmetric hashing be commonplace but not in all areas.

The other place there are issues is at the very top of the network when the traffic isn't necessarily east/west.  Today people want to use 100G and white boxes are sitting at 40G.  Scaling out at some of those points in the network where things aren't really distributed is kind of difficult and chances are you aren't saving much in space/power by using 4 white boxes rather than 1 larger chassis.
Reply | Post Message | MESSAGES LIST | START A BOARD

mendyk 3/13/2014 | 6:21:52 PM
Re: The jury is still out on white boxes in telco dc I'm surprised Chairman Ray didn't make reading his Bridging the Chasm (between network and IT) manifesto a job requirement.
Reply | Post Message | MESSAGES LIST | START A BOARD