YouTube TV has developed a new technical workaround as the dispute between the streaming TV service and Roku shows no signs of coming to a quick resolution. 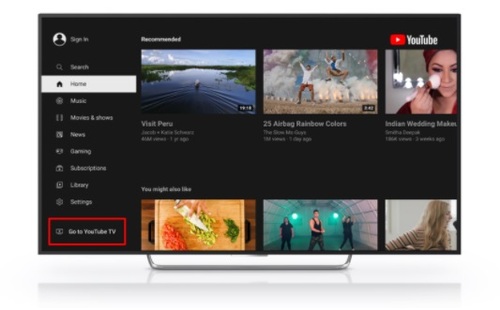 "This update will be available to all YouTube TV members on Roku over the next few days, and we will expand to as many devices as we can over time," YouTube explained in this blog post. "We're also in discussions with other partners to secure free streaming devices in case YouTube TV members face any access issues on Roku."

The workaround is rolling out roughly a week after Roku removed YouTube TV's app from its channel store after the two sides failed to forge a new distribution deal. For now, Roku is allowing YouTube TV users to access the service on its platform if they downloaded and installed the YouTube TV app prior to its removal and were wary enough not to delete it.

Update: In a statement, Roku called Google's actions the "clear conduct of an unchecked monopolist bent on crushing fair competition and harming consumer choice," and the type of behavior that is grabbing attention from regulators.

"The bundling announcement by YouTube highlights the kind of predatory business practices used by Google that Congress, Attorneys General and regulatory bodies around the world are investigating," Roku's statement continued. "Roku has not asked for one additional dollar in financial value from YouTube TV. We have simply asked Google to stop their anticompetitive behavior of manipulating user search results to their unique financial benefit and to stop demanding access to sensitive data that no other partner on our platform receives today. In response, Google has continued its practice of blatantly leveraging its YouTube monopoly to force an independent company into an agreement that is both bad for consumers and bad for fair competition."

YouTube TV has previously directed customers to another workaround that enables subscribers to cast the YouTube TV service to the TV via their mobile devices.

Nesting access to YouTube TV in the main YouTube app could help the Google-owned OTT-TV provider temporarily sidestep similar distribution issues should it find itself in similar disputes with other streaming platform providers.

Meanwhile, this new workaround is a clear indication that the two sides aren't close to striking a new deal.

Google has already countered that it has made no requests to access user data or to interfere with Roku search results, and that it is working in "good faith" to strike a new deal with Roku.

Meanwhile, Protocol attributes the stalemate partly to Google's desire to boost hardware adoption of AV1, an open source codec that includes Google, Netflix, Apple and Amazon among its backers.

With an apparent nod to those AV1-focused discussions, YouTube TV acknowledged that it is also in "ongoing, long-term conversations with Roku to certify that new devices meet our technical requirements. This certification process exists to ensure a consistent and high-quality YouTube experience across different devices, including Google's own – so you know how to navigate the app and what to expect."

This distribution battle is one of several that have involved Roku and major streaming services in recent months. It's also a clear example of the kinds of scrums to expect as streaming continues to encroach on traditional pay-TV and video distribution models and methods.

Roku, meanwhile, continues to be a major force in a competitive streaming platform market that also includes Google, Amazon, Apple, TV makers such as Vizio, Samsung and LG Electronics, and even Comcast (via its X1 and Flex platforms). Roku reported this week it added 2.4 million active accounts in Q1 2021, extending its grand total past 53.6 million.