Xperi confirmed today that Turkey-based Vestel has signed on as the first partner to develop and launch a family of connected TVs powered by the TiVo operating system in 2023, with an initial focus on Europe.

Financial terms were not announced, but the agreement covers multiple years, multiple countries and smart TV units in the multiple millions, the companies announced. 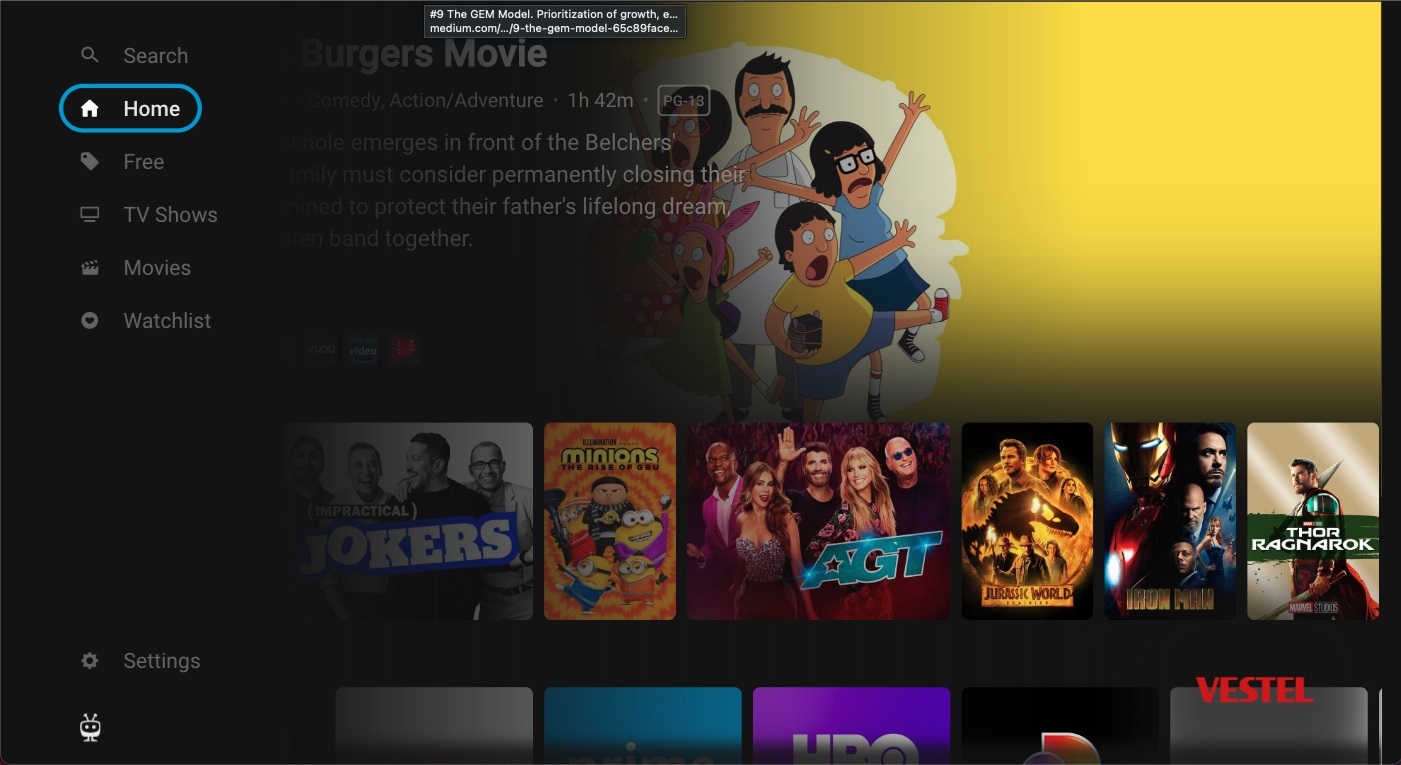 The first Vestel TVs running the Linux-based TiVo OS are expected to start shipping to multiple European markets in the first half of 2023.
(Source: Xperi/TiVo. Used with permission)

Xperi, which merged with TiVo in June 2020, announced that it had secured its first connected TV partner a few weeks ago, but didn't reveal the partner by name.

Light Reading speculated then that Vestel was the most obvious candidate – Vestel was already working with Vewd, a video software firm acquired by Xperi in July, to develop connected TVs tailored for service operators.

Xperi timed the announcement of the new multi-year deal with Vestel with this week's consumer electronics-focused IFA show in Berlin.

Vestel is an original design manufacturer (ODM) that's already a top supplier of TVs in Europe.

Its brand partners include Panasonic, JVC, Hitachi and Toshiba, as well as more localized brands in Europe such as Finlux (Scandinavia), Telefunken (Germany) and Bush (UK). The multi-million-unit partnership paves the way for Vestel to launch a family of "Powered by TiVo" smart TVs

The partnership fits with Xperi's intention to bring an independent player to a connected TV operating system/platform market that includes Google (Android TV/Google TV), Amazon (Fire TV), Roku, Comcast (XClass TV in the US and Sky Glass in Europe), as well as TV makers such as Samsung (Tizen) and LG Electronics (webOS).

"We're pursuing a strategy where we believe we'll have a role to play as a global, independent streaming media platform," Skaaden said, confirming that TiVo's OS for smart TVs is based on Linux.

"This will be a Vestel-branded experience powered by TiVo, which we think is one of the unique differentiators versus distributing on some of the other major platforms."

That approach, he added, will put Xperi/TiVo in position to deliver an unbiased "content-first discovery experience" while also enabling itself and its TV partners to share in the monetization of the platform.

The TiVo+ service, for example, generates revenues from a lineup of about 160 free, ad-supported streaming channels.

Xperi says its internal estimates indicate that nearly 40% of the smart TV market is searching for an independent platform.

TiVo's not alone in taking that independent approach. That strategy is also being pursued by Foxxum, a Germany-based company that is developing an OS for connected TVs based on the Reference Design Kit (RDK), an open-source platform managed by a joint venture of Comcast, Charter Communications and Liberty Global.

Skaaden said retail sales is the initial focus in Europe, but noted that Xperi is also talking to pay-TV partners about the "operator TV" concept that was initially pursued by Vewd.

"We see that [operator TV concept] being very relevant in multiple markets, quite frankly, in Europe and the US, as well," Skaaden said.

"Operators are looking to incentivize people to either switch to their broadband service, or retain them by offering compelling product integration. So that's definitely a key part of our roadmap."

Xperi, which is also in the business of supplying software to connected cars, also intends to extend its smart TV strategy to the US. However, the company has not revealed any timing on possible product introductions in that market.

"Our platform will be billed as a global platform, being able to service all the major markets in North American and Europe," Skaaden said.