The US pay-TV market took another pounding in the first quarter of the year as subscriber losses by traditional service providers accelerated and the collective virtual multichannel video programming distributor (vMVPD) market went negative, according to MoffettNathanson's latest Cord-Cutting Monitor. 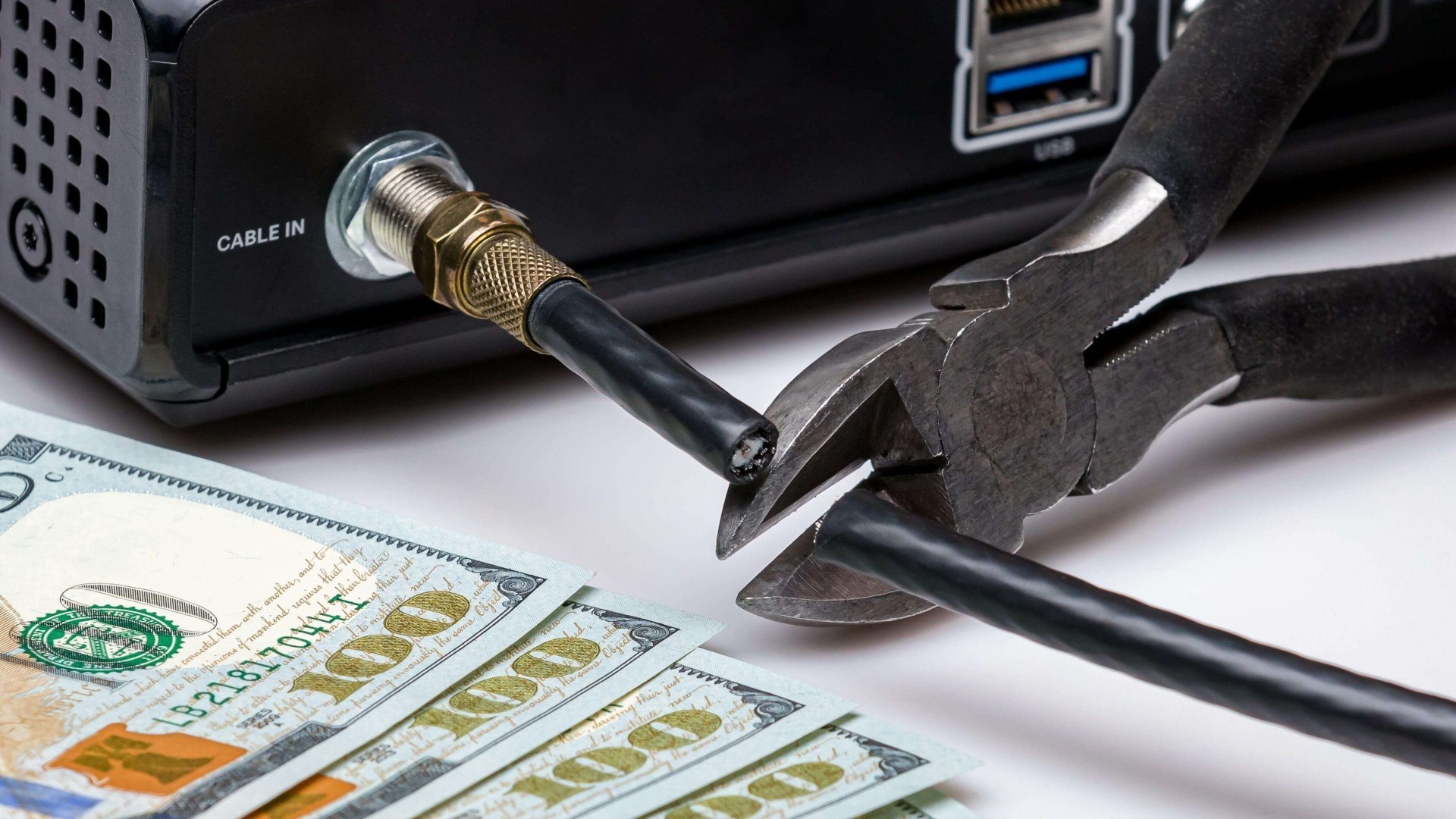 That 9% rate of decline would have been "unthinkable just a few years ago," MoffettNathanson analyst Craig Moffett explained. "For traditional Pay-TV as a whole, there is seemingly no floor; whatever sports and news floor there might be for cable network programming, that need can be met as easily by vMVPDs as traditional ones."

Moffett points out that the market for linear TV is eroding in absolute terms, but definitely in relation to subscription video-on-demand (SVoD) and, increasingly, to ad-supported VoD services. Price has almost always been an issue for pay-TV, but the analyst also says the ongoing decline is also a function of a dip in quality as media companies shift their best content to direct-to-consumer streaming platforms, "leaving their linear cable networks impoverished."

MoffettNathanson's new report comes just weeks before companies start announcing second quarter results. The report didn't forecast expectations for Q2, but the period is usually a soft one for the sector. 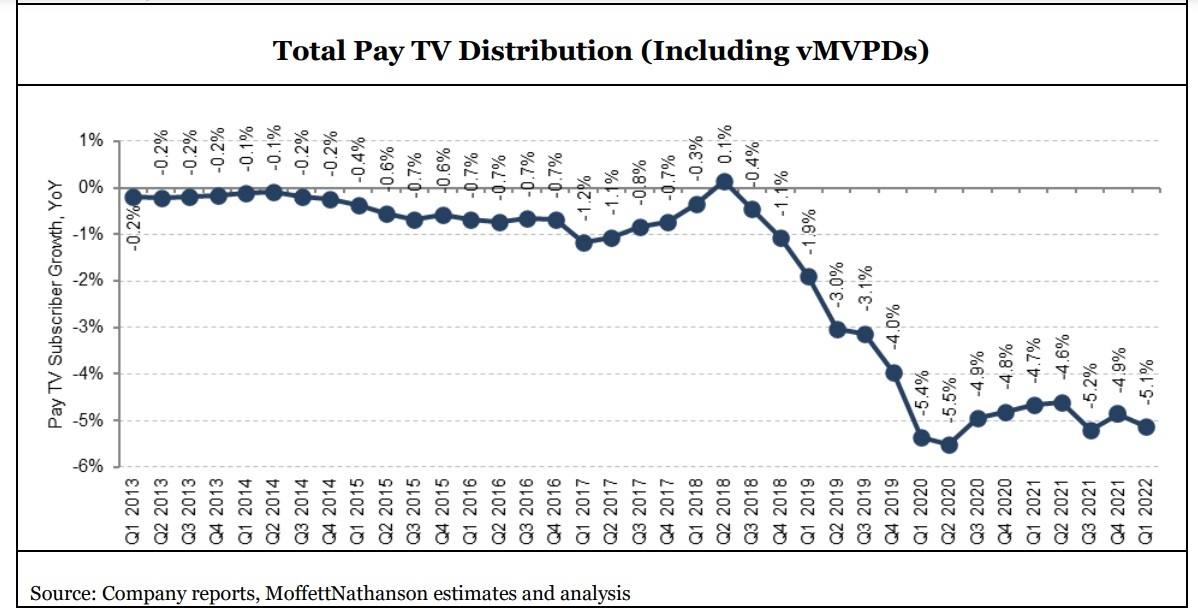 Moffett noted that the vMVPD subscriber cycle is becoming more seasonal, with gains accelerating later in the year, especially in Q3, as the pro and college football seasons start, and disconnects growing after those seasons conclude in Q1 of the following year.

Another issue for the vMVPD is pricing, with the analysts noting that the costs of most major services in the category have nearly doubled over the last four years.