Xperi, which completed its merger with TiVo last June, said revenues from its pay-TV business dropped 9%, to $54 million, in the second quarter of 2021. The dip was "due primarily to subscriber churn broadly consistent with industry trends," Xperi CEO Jon Kirchner said on Tuesday's earnings call.

But Xperi remains bullish about the trajectory of its overall pay-TV business as it starts to more aggressively pursue IPTV service launches and service conversions following its recent acquisition of MobiTV's assets via an auction that took place in May. 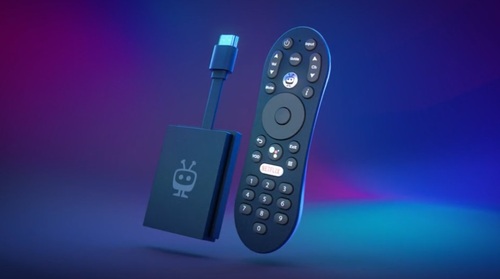 Though overall pay-TV revenues declined in Q2, Xperi said the IPTV piece of that business saw subscriber growth of close to 100% compared to the year-ago quarter.

"This acquisition will help accelerate IPTV conversions and profitable revenue growth," Kirchner said. "The MobiTV assets expand our addressable market within segments such as broadband and fiber-in-homes with a high value IPTV managed service offering from a proven and scalable platform."

He also reiterated that TiVo has already signed new "favorable" agreements with nearly all of MobiTV's customers. As Light Reading reported last month, more than 90% of the National Cable Television Cooperative (NCTC) members that had relied on MobiTV for IP-based TV streaming services have opted to stick with the platform now under TiVo's ownership. Those deals followed the formation of a new master services agreement between NCTC and TiVo. Among recent wins, NCTC member Hotwire Communications has signed on for TiVo's IPTV platform.

Even with the overall decline in pay-TV-related revenues, Xperi's total product revenue rose 6%, to $120.4 million, driven by its connected car business as well as sales of the TiVo Stream 4K, an Android TV-powered device that was launched in May 2020. Kirchner said sales of the TiVo Stream 4K "grew significantly quarter-over-quarter" following retail distribution expansions with Best Buy, Target and QVC along with a recent marketing campaign with YouTube TV, but did not disclose specific unit sales.

Xperi is also pursuing a plan to evolve TiVo Stream into a smart TV OS platform in the 2023-2024 timeframe.

Xperi pulled down intellectual property/patent licensing revenues of $101.8 million in the quarter. Despite salting away an important deal with Comcast in November 2020 and inking recent renewals with Google and Fox Corp., Xperi is still conducting patent battles elsewhere. Notably, the company has filed a second round of litigation against two Canadian operators  Videotron and Bell Canada.