A startup led by a group of video streaming, mobile and media industry veterans is pursuing a plan to deploy a national broadband Internet network that will take advantage of the new ATSC 3.0 signaling standard and spectrum from hundreds of low-power UHF and VHF TV stations across the US.

That company, Synthesis Cloud, believes the IP multicast network it's developing will play a crucial role in providing an alternative, offload distribution channel for video streaming services and other popular, bandwidth-intensive content that threaten to clog today's unicast networks. Further, Synthesis Cloud envisions that its resulting platform will function as a virtual backplane for a massively distributed virtual data center. 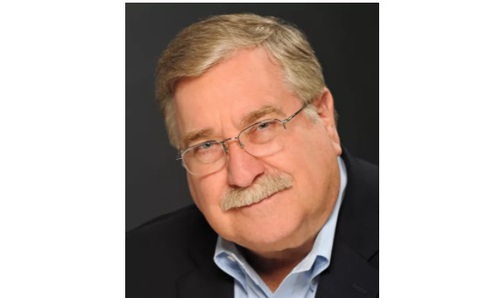 "Adding a one-to-everyone overlay, or offload network, to the unicast Internet seemed to be a very logical addition to the Internet ecosystem, and that's what we've been focused on," Vern Fotheringham, Synthesis Cloud's chairman and CEO, explained. "Prepositioning a lot of the most commonly downloaded content is the core of our addition to the market."

Fotheringham, a vet of the mobile broadband technology industry, said he's always viewed low-power TV (LPTV) as a class of "underutilized and undervalued spectrum." But he believes the time is now ripe to take advantage of it for a national broadcast Internet network.

Big contributors to Fotheringham's view: the emergence of ATSC 3.0, the new IP-based broadcast signaling standard that carries the consumer tag of "NextGen TV," combined with an FCC order released in December 2020 that promotes the deployment of broadcast Internet services as part of the ATSC 3.0 transition.

He said another important piece of the puzzle is a regulatory framework for LPTV-based broadband Internet services that isn't hindered by the stringent market caps and cross-ownership rules that govern full-power TV. That, Fotheringham believes, also provides a path toward the national broadcast Internet network that Synthesis Cloud aspires to be.

Fotheringham notes that the LPTV example (which supports up to 15 kilowatts of power) is only "low" when compared to full-power TV, but can still cover dozens of miles. "That's still a pretty big license footprint," he said.

Another plus: LPTV licensees can pivot to the IP-based ATSC 3.0 standard anytime they want. They aren't stuck with having to maintain a simulcast of their legacy ATSC 1.0 systems until July 17, 2023, as the full-power stations are.

"We've had the ability to flash-cut from the beginning – no mandate for legacy coverage," Fotheringham explains. "That's a burden that we don't have."

One burden Synthesis Cloud must contend with is funding. Fotheringham said his company's fully funded plan is $430 million, which includes the national ATSC 3.0 rollout as well as some satellite spectrum it can use to help drive its international deployment. The plan also calls for Synthesis Cloud to eventually own and operate 580 stations through a combination of affiliates, joint ventures and partnerships, as some might not be inclined to sell their licenses but will still want to participate in Synthesis Cloud's broadcast Internet rollout.

Beyond that, Synthesis Cloud's plan sees a combined TV broadcast footprint of about 1,110 stations covering roughly 85% of the US population. The company is also looking into the integration of TV White Spaces-based services (which use the gaps between active TV channels in the VHF and UHF spectrum bands) to extend the reach of its licensed ATSC 3.0 network. 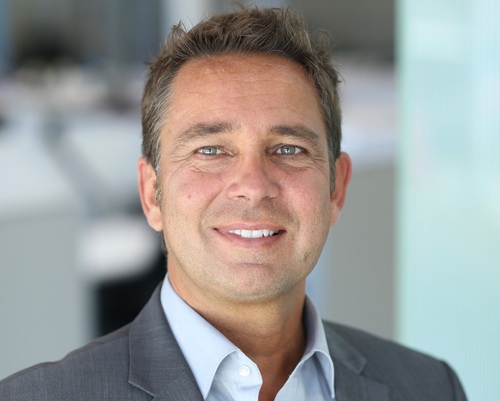 Synthesis Cloud is in the pre-revenue stage today, but the company has some big ambitions. Its plan calls for initial revenues of $35 million this year, rising to more than $987 million in 2023, and more than $5 billion in 2025.

The company intends to secure the funding piece by executing a deal that will transform Synthesis Cloud into a publicly listed Special Purpose Acquisition Company (SPAC) that, in part, rolls up its terrestrial TV broadband and satellite spectrum licenses. That agreement is still in the process of being finalized.

Meanwhile, Synthesis Cloud says it has contractors and tower deals lined up, and has completed the bulk of the strategic planning. "We are shovel-ready," Fotheringham said. "Our financing is all about covering the capex to do that buildout."

Synthesis Cloud, formed as a corporate entity last September, isn't in the hardware business, but it is developing a reference design and a white-label approach to the edge device requirements of its network. That, the company believes, will enable it to start seeding the market with mini-data servers at edge locations.

If all goes to plan, the end result will establish a multi-faceted business, with everything leading to consumer connectivity.

"We're a carrier's carrier in our initial business model," Fotheringham said. "Our network is autonomous end-to-end, but it is connected, literally, to the consumer."

Synthesis Cloud envisions working with ISPs and content delivery networks (CDNs) as an offload partner for repetitive and burdensome traffic that puts stress on their networks. It also sees itself as a potential partner for content owners and video streaming services that don't own or manage an access network themselves. Presumably, Synthesis Cloud could provide that critical, missing piece by hosting their content on its national broadcast Internet network and provide them with a truer, more direct link to the consumer.

Synthesis Cloud says there's interest from direct-to-consumer streaming services that effectively want to "own" the pipe connecting the viewer. Such a move could help them sidestep, or at least augment, the traditional distribution relationships they have with cable operators and other pay-TV providers.

"They can bypass the carriage agreement with the cable company for the first time and own the entire data layer if they wanted to," Ralf Jacob, Synthesis Cloud's COO, says.

Synthesis Cloud has begun to reach out to CDNs about this alternative way of delivering bits and bytes. Jacob is no stranger to that part of the business, as he previously founded and ran upLynk, a video streaming distribution platform company that was acquired by Verizon in 2013. Jacob later served as president of Verizon Digital Media Services (now Verizon Media).

"We want to make clear that we're not a replacement of the CDN," Jacob said. "But we are a potential savior of the capex a CDN has to spend as demand [for bandwidth and hardware] increases."

Under that model, Synthesis Cloud believes it can help lower a CDN's bandwidth requirements and lower its peering transit costs anytime a user retrieves an asset from its IP multicast platform rather than that of the traditional IP unicast system.

"We're approaching the CDNs and saying, let us cache this [content] for you, potentially even on your own nodes. But then let us do the rest of the delivery," Jacob explains.

Synthesis Cloud has already moved ahead with some testing activities. Of note is a connected car pilot in Portland, Oregon, with Auton, a mobile broadband/connected car-focused company that is also tied into the proposed SPAC asset roll-up merger.

That field trial, which featured ATSC 3.0 multicast signals received by Auton's in-vehicle appliance, focused on mobile video streaming to moving vehicles traveling on highways and roads in hilly and forested areas, as well as in valleys. Other partners included WatchTV (an ATSC 3.0 broadcaster), along with a cadre of other companies and suppliers (Iridium, Broadpeak, KenCast, Enensys, Triveni Digital, Dektec, Digital Fortress and Anywave).

Synthesis Cloud isn't alone in such a pursuit. Sony recently headed up a similar connected-car focused ATSC 3.0 trial in Phoenix, Arizona (with the Pearl TV broadcaster consortium), and in Santa Barbara, California (with News-Press and Gazette).

Meanwhile, Synthesis Cloud is also seeking some initial funding to support a proof-of-concept trial in Bend, Oregon, that will utilize two licensed ATSC 3.0 TV stations. It also plans to tie in CBRS, Wi-Fi 6 and TV White Spaces spectrum to help the company explore multiple heterogenous wireless network architectures. Another aim is to establish a template to replicate for the national network buildout.

But using its broadcast Internet network for video streaming is the big, initial focus. Tied into that, Synthesis Cloud is also exploring the use of its network data to help partners build and develop personalized, virtual linear video feeds and dynamic program guides for consumers, based on the TV shows and movies stored in the company's caches.

"If the broadcasters react on this, this is a completely new role of television," Jacob predicts.

Synthesis Cloud also believes its approach has a role in fostering rural connectivity. That angle got more government attention earlier this week following the $2 trillion infrastructure plan proposed by President Biden that sets aside about $100 billion to help bring ubiquitous broadband coverage to the nation.

In addition to providing reach, Synthesis Cloud also believes its approach is cost-effective, estimating that its network will be deployed for about $9 per home, a figure that does not include the edge receiving device, such as a cell phone, set-top box or TV receiver.

"If you compare this to the spend of [Amazon's] Kuiper and [SpaceX's] Starlink, it's a fraction of what is being spent right now, with a much bigger potential penetration," Jacob said.