Roku set more of its plans around original fare in motion Wednesday, announcing that content from its recent acquisition of Quibi's content catalog will be rebranded as "Roku Originals" and launched on The Roku Channel.

Other Roku-produced fare will also be placed under the new Roku Originals branding umbrella and shown on The Roku Channel, the company's free, ad-supported streaming service, in the US, Canada and the UK. The Roku Channel, a service launched in the fall of 2017, reached 63 million US homes at the end of Q4 2020, up more than 100% year-over-year. However, The Roku Channel accounted for 1% of streaming minutes, according to MoffettNathanson's analysis of August 2020 Nielsen data. 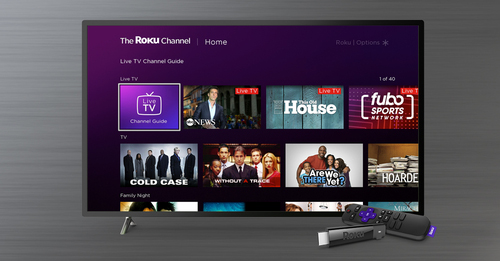 Roku's slate of originals, including rights to Quibi's catalog, will be shown on The Roku Channel, the company's free, ad-supported streaming service.
(Image source: Roku)

Roku hasn't announced how much cash is being earmarked for original fare, but said it will share more details on the launch of Roku Originals in May. However, the company did note that 75 Roku Originals, including a dozen unreleased series, will make their debut on The Roku Channel this year. Among recent moves, Roku inked a deal to premiere CYPHER, a new scripted series, on The Roku Channel on March 19.

Roku's original content plan is taking shape more than four months after Roku snared the global content distribution rights for Quibi's catalog of more than 75 shows and documentaries. Quibi, which raised about $1.75 billion during its brief, hype-filled life, announced last fall it was shutting down the service less than seven months after it was launched last April.

"In order to better compete with a new crop of now fully-integrated AVOD [advertising video-on-demand] competitors, we believe that Roku will have to 'ladder up' into original content (à la Netflix) and away from commoditized library content," Michael Nathanson, analyst with MoffettNathanson, argued in a recent report focused on Roku's business. "The acquisition of Quibi's nascent library is the first step."

Advertising has become a major growth driver for Roku. The company's Platforms business, which encompasses advertising, subscription revenue sharing and license fees from TV makers, soared 81%, to $471.2 million, in Q4 2020.