Peacock to double content spend to $3B in 2022, absorb steeper losses

NBCUniversal's Peacock premium streaming service is about to take the axiom, "It takes money to make money," to the true test.

Realizing it will need lots more content to stoke paid subscriber growth, NBCU plans to double content spending to $3 billion in 2022 (versus $1.5 billion last year), and splash that out to $5 billion in the coming years. 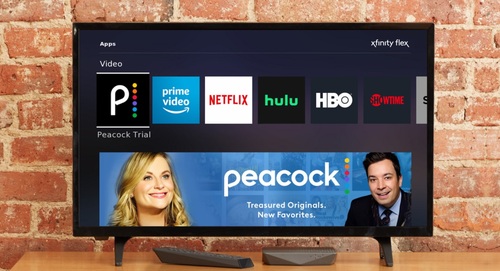 NBCU intends to pair its beefier content spend on Peacock with a plan to accelerate paid subscriber growth for the premium streaming service that launched nationwide in July 2020.
(Image source: Peacock)

Peacock generated revenues of nearly $800 million in 2021, paired with an EBIDTA loss of $1.7 billion.

To hit this year's anticipated spending level, NBCU will reallocate some capital from its more traditional linear TV business. But the company expects the decision to drive an EBIDTA loss of $2.5 billion this year. Heavier spending and steeper losses in the near-term will also extend the horizon on when Peacock, launched nationwide in July 2020, will turn the financial corner.

The spending increase is tied to a strategic pivot for Peacock. Though the original vision was to have Peacock be supported primarily by advertising, NBCU and Comcast say they've discovered that there's much more consumer interest and engagement for the two paid versions of Peacock that deliver the service's full library: $4.99 per month "Premium" tier with a light ad load (about five minutes of ads per hour), and $9.99 for the ad-free tier. Peacock's free, ad-supported tier does not provide access to the streaming service's full library.

Peacock will retain a dual revenue model (advertising and subscriptions), but put much more emphasis on Peacock's paid tiers. That focus is also changing as Peacock prepares to claw back some of its TV shows and movie titles from Hulu and HBO/HBO Max.

Peacock ended 2021 with 24.5 million monthly active accounts (MMAs) in the US, reaching about 75% of the guidance that the service had set for 2024. NBCU announced that Peacock now has more than 9 million paid subscribers, with the average revenue per unit (ARPU) approaching $10 per month. The "vast majority" of those paid customers are choosing the $4.95 Premium form of Peacock, Jeff Shell, NBCU's CEO, said Thursday on Comcast's Q4 2021 earnings call.

Peacock has another 7 million users getting the ad-supported Premium tier of Peacock for no added charge (as part of their pay-TV subscription) from the likes of Comcast, Cox Communications and Charter Communications. "We expect strong conversion of this group to paid subscribers over time," Roberts said.

"While the timing of when Peacock breaks even may be pushed out from where we originally expected, we believe that pursuing a dual-revenue stream is the right strategy to create long-term value," Comcast CFO Mike Cavanagh said. "The good news is that we will fund this pivot out of NBCUniversal's cash flows."

Shell said 2023 is expected to be Peacock's peak investment year, but he stressed that NBCU does not view Peacock on a standalone basis.

"We're playing a different game than our competitors," he said. "We really believe that Peacock is not a separate business for us; it's an extension of our existing business."

The bulk of Peacock's initial growth has come from the US. The service is now offered in the UK and Germany, and will soon be available in Italy. SkyShowtime, a streaming joint venture with ViacomCBS that will feature some Peacock fare, is set to launch in other parts of Europe later this year. Shell said NBCU will pursue Peacock distribution in other markets on a country-by-country basis.

"We believe...that you need global scale ultimately to compete in the streaming business," he explained. "That is clear both in terms of your content spend and your technology and brand spend."

Some analysts aren't sold on Peacock's plan, or how the pieces will all fit together.

"Is Peacock a growth engine, a money pit or both?" Craig Moffett, analyst with MoffettNathanson, asked Thursday in a research note. "We've gotten reassuring data about usage and engagement, but we also got a glimpse of the content spending that will be required to grow this business."

He's still unsure if streaming is a good business at all, and whether Peacock will gain a place at the table as a major player.