The US pay-TV industry's troubles worsened in the second quarter of 2022 as losses among "traditional" service providers continued to mount and OTT-TV alternatives failed to pick up much of the slack. 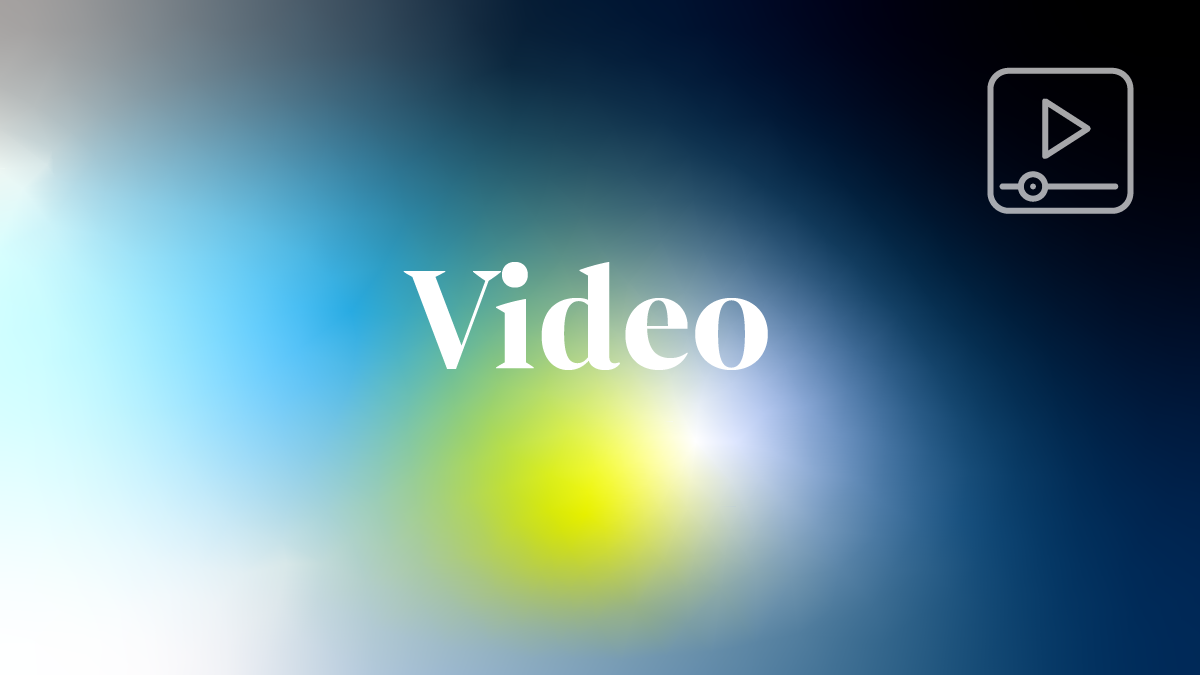 Virtual multichannel video programming distributors (vMVPDs), a group that includes YouTube TV, Philo, Sling TV, Hulu and FuboTV, failed to make up much of the difference. That group added just 42,000 subs in the period, well off the 409,000 they added in the year-ago quarter. MoffettNathanson estimates that the vMVPD "conversation rate" (traditional pay-TV losses that become vMVPD gains) plummeted to 25.6%, off from 40.9% in the year-ago quarter.

With the small gain among vMVPDs included, the US pay-TV sector lost 1.9 million subs, a record decline of 6.1%, according to MoffettNathanson. 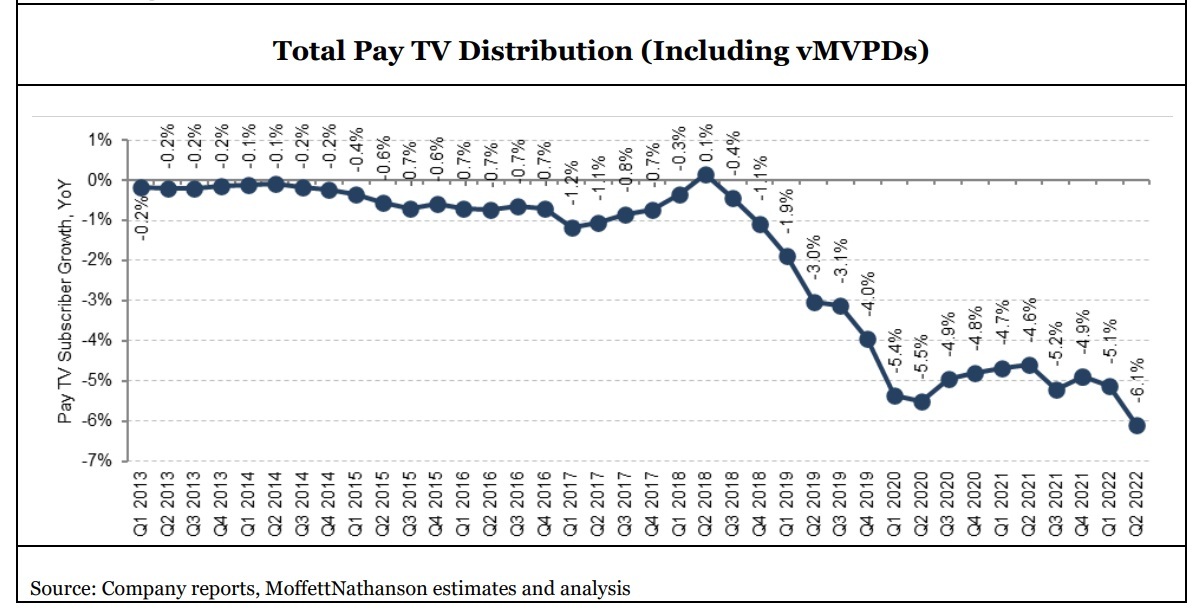 With new household formation included, the penetration of occupied households stood at 50.5% at the end of Q2, "the lowest level in more than thirty years," Moffett noted.

"Problems abound," the analyst surmised. The acceleration of losses, he points out, arrive as the market's "sports safety net is fraying" as regional sports networks disappear from lineups and services such as Apple TV+ and Amazon Prime Video continue to pick up rights for live sports. Meanwhile, new entertainment fare is migrating to streaming as networks put their best content on their own direct-to-consumer (DTC) offerings and other fresh titles continue to head to services like Netflix.

"What's left is news and an incomplete sports lineup, low-cost reality TV, and a mishmash of increasingly off-the-run scripted leftovers," Moffett explained. "With more and more must-have sports content now being made available on streaming platforms – not just by Comcast and Paramount on their streaming platforms, but by Amazon and Apple as well – the linear model is hanging by a thread."

What's "new" about this is that there seems to be a growing recognition or resignation that the linear model can't be saved, so media companies are devoting less energy and money to saving it, Moffett surmised. To wit, NBC, which runs the Peacock streaming service, is reportedly considering handing over its 10 p.m. primetime slot to local stations.

But the shift to streaming and DTC is not yet a Golden Goose for media giants. As Moffett points out, linear TV revenues, at $86.3 billion, still dwarf that of DTC ($22.6 billion, excluding Netflix, which doesn't offer linear TV).

"The dramatic turn in the fortunes of Big Media's digital adventures may get all the headlines, but the dollars at stake in the linear TV business remain vastly larger," the analyst wrote.

And as pay-TV subscriber trends get worse, "there is no obvious floor for traditional video distribution," Moffett added.