Fresh off a quarter in which revenues climbed 156% on a year-over-year basis, the company also announced a pair of acquisitions: computer vision specialist Edisn.ai, and Molotov SAS, a France-based live TV streaming platform/service. 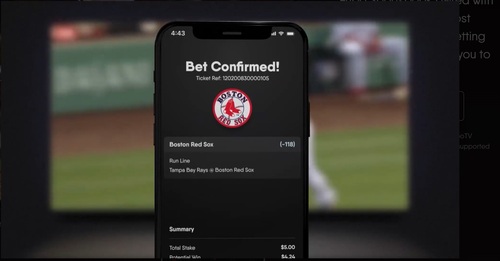 The Fubo Sportsbook launched in Iowa on November 3, and is expected to be available in additional states in the coming months.
(Image source: FuboTV)

FuboTV is trying to differentiate itself from the pack with a gaming strategy that includes free-to-play games that award viewers for correctly predicting actions and results of live sporting events, as well as real money wagering. Fubo Sportsbook launched in Iowa on November 3, with plans to expand to more states in the coming months. The company's free-to-play games exited beta in Q3.

Driven in part by the starts of the college football and NFL seasons, FuboTV added 262,884 net subs in Q3, more than it added for all of 2020. FuboTV expects subscriber growth to continue into the fourth quarter, but not at the same pace. FuboTV's latest guidance is to end 2021 with between 1.06 million and 1.07 million subs, suggesting it will add at least 115,395 in Q4.

FuboTV subs streamed 284 million hours of content in Q4, up 113% versus the year-ago quarter.

FuboTV said the proposed acquisition of Molotov fits with its global expansion strategy, noting that the France-based service has nearly 4 million monthly active users. Molotov operates under a "freemium" business model that features a baseline free tier alongside premium add-on channel packages. FuboTV expects to wrap up that deal in Q1 2022.

The deal for Bangalore, India-based Edisn.ai provides FuboTV with AI-powered computer vision technology that can recognize and track key objects in live video feeds, such as athletes, actors, brand logos and products. FuboTV said it will integrate Edisn.ai with its live streaming and gaming platform, and will also use it to improve the accuracy of the service's electronic program guide and cloud DVR.

Edisn.ai puts FuboTV in position to "extract metadata from the video in real-time," David Gander, FuboTV's CEO said on Tuesday's earnings call. "Obviously, there's going to be advertising opportunities as well, because you'll be able to extract a lot of the contextual value out of the frame that is currently being displayed."

Many investors seem to agree with Richard Greenfield, analyst at LightShed Partners, who has long-held that FuboTV's business  an OTT-TV service focused on expensive sports content that is starting to drift to other streaming services such as NBCU's Peacock  is unsustainable.

The shift of sports and general entertainment content away from traditional TV and toward premium subscription and ad-based streaming options are collapsing the multichannel TV bundle and that, in the end, hurts FuboTV, he argues.

FuboTV is trying to "spin investors on the value of acquiring profitless subscribers that other MVPDs/vMVPDs did not want," he wrote Tuesday in a blog post (registration required).

And that gaming-as-a differentiator strategy? He's not buying that, either. "To make matters even worse, FUBO has taken advantage of retail investors to raise substantial capital this year not only to finance its money losing vMVPD biz, but now to pour down the black hole of a sub-scale sports betting product, all in the hopes of selling the company before investors realize the 'emperor has no clothes.'"

The "goal" of FuboTV, Greenfield argues, "is not to make money, but to spin a great story and sell the company before everyone realizes how bad the underlying financial story actually is."