Evoca TV, a service that uses a blend of ATSC 3.0 broadcast signals and Internet streaming to deliver inexpensive pay-TV packages in a handful of US markets, needs more funding to avoid a shutdown.

The company told subscribers via email Wednesday and in a message posted on its website that, should it be unable to raise more capital, "we are sad to say that Evoca TV will discontinue operations and programming on December 31st, 2022  We will continue service for our subscribers through December but will not accept new orders at this time." 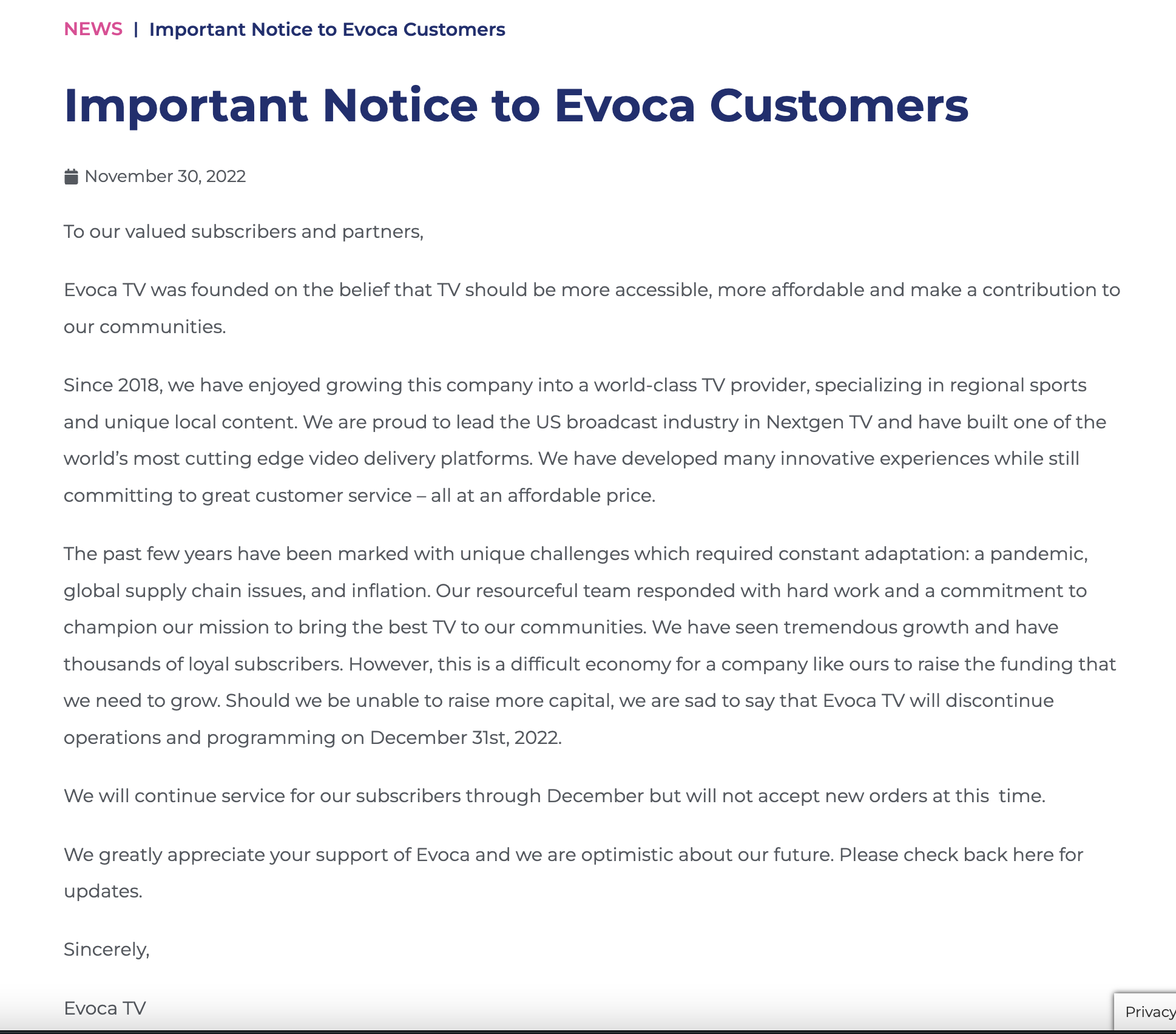 A screen capture of Evoca TV's letter to customers.

Evoca said service for December is free to subscribers and that if it must shut down, it will waive its return policies and let customers hold onto their Evoca equipment. Evoca delivers service through a pair of device options  a Linux-based receiver called the "Scout," and the "Pilot," a newer device made by CommScope and powered by Android TV.

Evoca cited several issues the company has had to adapt to in recent years, including the pandemic, global supply chain constraints and inflation.

"We have seen tremendous growth and have thousands of loyal subscribers," Evoca explained. "However, this is a difficult economy for a company like ours to raise the funding that we need to grow."

Evoca has been asked for subscriber count, how much it has raised to date and what efforts are underway to raise more capital. Light Reading will update the story as more details come in.

Following a recent launch in Traverse City, Michigan, Evoca has been offering service in a handful of other US markets, including Boise and Twin Falls, Idaho; Phoenix; Portland, Oregon; and Denver and Colorado Springs, Colorado. Evoca had previously expressed intentions to expand into parts of Montana, Utah, Texas and Oklahoma. 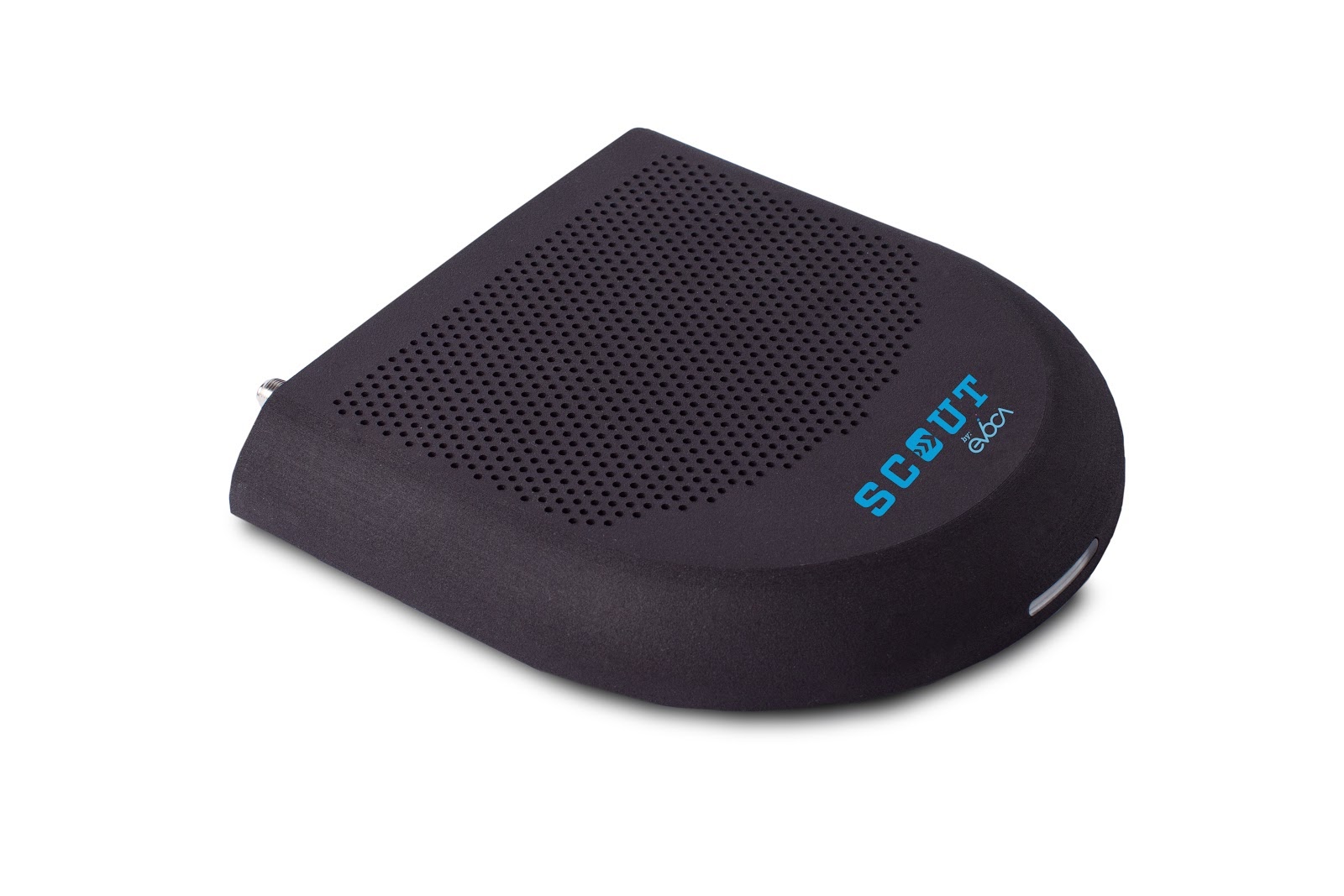 Evoca's service is delivered via a couple of device options; Pictured is "Scout," its Linux-based over-the-air receiver.
(Source: Evoca)

A fleeting option for Altitude TV

Evoca is among the limited options viewers in the Denver area have to get Altitude TV, a regional sports network serving as the home of the Denver Nuggets and Colorado Avalanche that has yet to notch new carriage deals with Comcast, the area's incumbent cable operator, and Dish Network. FuboTV, a virtual multichannel video programming distributor (vMVPD), recently added Altitude TV, providing the market with another option.

Evoca's base, no-contract service starts at about $25 per month, delivering a lineup of local broadcast TV channels, news and entertainment channels and, in some markets, regional sports networks. In May, Evoca launched a new bundling option that combines its service with pay-TV packages from Sling TV, the Dish Network-owned virtual multichannel video programming distributor (vMVPD).