Hoping to avert a looming shutdown at the end of the year, Evoca TV has already secured more than half the funding it's targeting to keep the pay-TV service operating, says CEO Todd Achilles.

"We've been making good progress on our funding," he said. "We feel really good that we're going to get this thing done."

Achilles' comments come the day after Evoca informed subscribers that it would be forced to discontinue operations and programming on December 31, 2022, if it is unable to raise more capital. 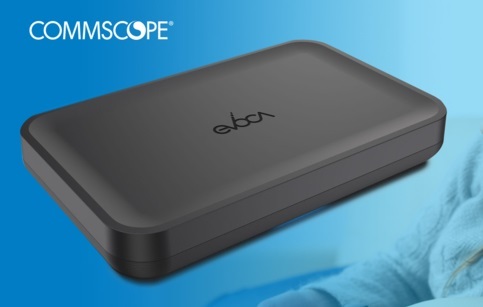 Pictured is the Evoca Pilot, an Android TV-powered device made by CommScope that delivers content through over-the-top (OTT) broadcast signals and Internet streaming.
(Source: Evoca. Used with permission.)

Evoca has raised $35 million over the past four years. And while Achilles isn't giving details about how much the company is trying to raise right now, he characterized the amount as "orders of magnitude less than what Sinclair Diamond Sports has burned through."

Achilles was referring to the struggles of a Sinclair unit that owns 19 regional sports channels but is losing subscribers and running low on cash. Notably, Evoca has been unable to get Diamond Sports to play ball and allow the pay-TV service to carry the Phoenix Bally Sports channel.

Achilles said the notice to subs went out when it was clear there was a "greater than zero chance that we wouldn't get it [the funding round] done  We felt we had an obligation to be transparent."

Several parties are participating or interested in participating in the funding round, according to Achilles. The group includes broadcasters, content companies, sports teams, sports team owners and some private equity investors that are focused on the sports and media sector.

"Since our announcement, we've actually had a couple of new parties pop in and ask about participating," he said.

Achilles said he is optimistic that Evoca will get through this, but acknowledged that "this is the worst time in a decade to raise growth capital. It's really hard for a company like ours to close our funding in this current environment."

Evoca TV, which is approaching about 10,000 subscribers, has been growing at "record rates" recently, Achilles said, and has a churn rate lower than 1% – well below the averages of other pay-TV services.

"There's been an amazing outpouring of support" since Wednesday's announcement, he said. "We've got a lot of fans who like our service."

Still confident about the model

Evoca, one of a small set of pay-TV providers that offers the Altitude TV regional sports network in the Denver area, uses a hybrid delivery platform that relies on both Internet streaming and over-the-air (OTA) distribution using ATSC 3.0 signals. Branded as "NextGenTV," ATSC 3.0 is a new IP-based broadcast signaling format that is being used for new services and applications such as video in 4K and high dynamic range formats, advanced advertising, interactive programming and immersive sound.

"I'm confident that the tech stack we built, a hybrid for OTA and OTT, is really the future," Achilles said. "We've got all the efficiencies of broadcast and reach, and we've got the monetization of cable [TV] and all of the flexibility of streaming."

Broadcasters "really like our 3.0 model," he added. "A lot of people say we've got the only 3.0 model that makes sense."

Evoca has launched services in a handful of US markets: Traverse City, Michigan; Boise and Twin Falls, Idaho; Phoenix; Portland, Oregon; and Denver and Colorado Springs, Colorado. The company has said it also plans to expand into parts of Montana, Utah, Texas and Oklahoma.