Phew. Anyone frightened of being stuck in a Facebook-controlled metaverse, unable to port that expensive avatar to another virtual reality, can wipe the sweat from their goggles and breathe easy.

The world's most powerful technology companies and a few of their lackeys this week clubbed together to form the Metaverse Standards Forum and tackle an issue that must trouble non-Oculus-branded headset wearers as much as nuclear conflict, pandemics, food shortages and skyrocketing energy prices worry the rest of us – metaverse interoperability.

Good thing, too, because with the speed of metaverse development there was obviously a risk that multiple incompatible metaverses (try saying that fast over breakfast for an amusing reaction from other household members) would flicker into being.

The Metaverse Standards Forum promises a single "open metaverse" on the model of today's Internet. Open, then, but dominated by a handful of giant corporations that didn't even exist in the pre-Internet days. 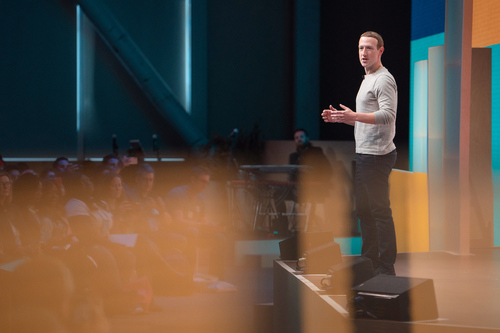 This is all wrong on so many levels. The beauty of the original Internet (before the juggernauts of Amazon, Facebook, Google and Microsoft barged smaller vehicles off the superhighway) is that it wasn't designed like a modern American city. It evolved like a medieval European town.

If the world's biggest companies at the time had conspired to build something based on a novelist's dystopian vision, their bosses would probably have been derided as lunatics.

Worse, they would have looked as sinister as a Bond villain and his lieutenants, plotting the overthrow of the world's governments around a boardroom table.

Because the metaverse, as conceived by Neal Stephenson in his 1992 novel Snow Crash, is about as dystopian as things get.

For the benefit of anyone who hasn't read the book, it envisages an America where central government is in retreat and its role is being filled by big business and organized crime.

The metaverse is a single virtual-reality street lined with buildings and monorail stations. Users create avatars and access it by donning virtual-reality goggles and plugging into a fiber-optic network owned by the villainous monopolist L. Bob Rife, whose goal is world dominion.

Facebook's Mark Zuckerberg presumably missed the point that most of this was not supposed to be very appealing.

Instead of reading Snow Crash as a cautionary tale, he seems to have taken inspiration from it. If so, he would not be alone among today's technology executives in his apparent enthusiasm for fictional worlds of techno-apocalypse.

Tareq Amin, the CEO of Japan's Rakuten Mobile, cites Ready Player One, a story that copies heavily from Snow Crash, as his favorite movie.

"I think we'll be living in this world fairly soon," he told reporters on a recent Zoom call.

"There is no doubt in my mind that the metaverse will be part of the reality of how we communicate and collaborate."

In the Steven Spielberg movie, America seems to have become a never-ending landfill site of burnt-out cars and makeshift, scrap-metal condos one stamped foot away from collapsing like a Jenga tower.

People seek escape not in booze or oxycontin but through travel to the OASIS (Ontologically Anthropocentric Sensory Immersive Simulation) metaverse. Shadowy corporations figure prominently in the story. 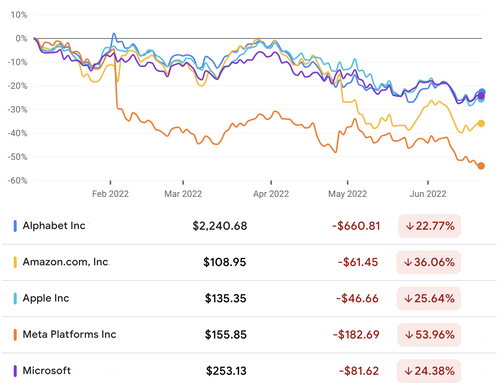 Perhaps Rakuten will brand its own metaverse contribution OASIS. It does not feature as a founding member of the Metaverse Standards Forum, though, and it is far from being the most notable absentee.

In fact, Facebook (now calling itself Meta, of course) and Microsoft are the only founding members from FAANG (a cobbled-together acronym for Facebook, Amazon, Apple, Netflix and Google).

Netflix, with its derisory market cap of $79.5 billion (its share price has plummeted 70% since January), probably doesn't belong in this assemblage of Big Tech players. That Amazon, Apple and Google are not in the Metaverse Standards Forum sounds like a mission problem.

Not a single telecom operator is listed as a member, either. This is curious given that: a) telecom is usually drawn to standards bodies like a full-bladdered dog to a lamppost; b) the metaverse will not exist without telecom networks, even if they are not as critical to it as L. Bob Rife and even if it scares the bejeezus out of executives whose networks are already groaning under the weight of data traffic and c) several operators have made a big deal about the metaverse, with Japan's NTT Docomo and South Korea's SK Telecom already marketing services.

The closest thing to an operator member is China's Huawei, never one to pass up membership opportunities when it is being evicted from some markets.

Opponents who think Huawei is a Chinese government stooge, security threat and intellectual property thief (and there are plenty in US political circles) will be feeling queasier than a virtual-reality gamer on a jittery connection. While most other members are American, Alibaba, China's answer to Amazon, is also involved.

The club president seems to be the Khronos Group, one of those not-for-profit purveyors of openness whose inner workings are usually secretive.

Neil Trevett, its own president, worked an average of 30 hours a week for it in 2020, according to a tax filing, but received nothing in compensation.

Fortunately, he is also employed as the vice president of developer ecosystems by Nvidia, which is not short of change. Currently valued at about $408 billion, the US chipmaker reported revenues of about $8.3 billion for the recent first quarter, a year-on-year increase of 46%, along with a net profit of $1.6 billion.

It is, naturally, a member of the Metaverse Standards Forum.

Those who know their ancient Greeks from their technobabble will recall that Khronos (sometimes spelt Chronos) was a symbol of time.

Paintings show him as a winged, muscular old man with an array of nasty weapons, including a long scythe of the kind subsequently sported by Terry Pratchett's Death. It would come in handy for shredding some of the metaverse hype.

Like what we have to say? Click here to sign up to our daily newsletter
COMMENTS
Newest First | Oldest First | Threaded View
Add Comment
Be the first to post a comment regarding this story.
EDUCATIONAL RESOURCES
sponsor supplied content
Intelligent Innovation - How Open Interfaces Are Driving Innovation
Intelligent Optimization - How Intelligent RAN Automation Will Re-energize the SON Market
Intelligent Operations - How AI Plays a Critical Role in Network Operations
Intelligent Security - How the SMO Can Enhance the Security Posture of Open RAN
The TCO And Environmental Benefits of the Juniper Networks Cloud Metro Network Solutions
The business benefits of network automation-as-a-service
Building the Cloud Metro: Heavy Reading Survey Analysis
NEC sharpens the beams with Blue Danube RF Coherency Technology
Educational Resources Archive
More Blogs from Morris Lore
Rakuten takes aim at VMware, and it's not the only threat