Consolidated Communications confirmed that it is no longer taking orders for "CCiTV," an app-based IPTV service that it introduced in 2019 in partnership with MobiTV.

Consolidated said it will continue to support its existing base of CCiTV customers (at last check, the CCiTV app still appears on Google Play and the Amazon app store).

"We are also exploring other new partnerships and will work to continuously partner with leading content providers to meet our broadband customers' preferences for content," Consolidated said in a statement to Light Reading.

Consolidated made note of its revised video strategy when it announced Q1 2021 results in April. Consolidated's video services revenues declined $2.3 million in the period, "reflecting our strategy change to streaming over-the-top services bundled with broadband services," the company said then.

Consolidated CFO and Treasurer Steven Childers noted at the time that video, on a stand-alone basis, is "slightly negative on a margin basis" given the ongoing acceleration of content costs.

"We are capping our organic video services and are focused on retaining the high-speed data customer relationship as we pursue new and in-demand streaming partnerships," Childers said "We believe this strategy will meet our customers' viewing preferences while allowing us to avoid content cost with no capex spend." 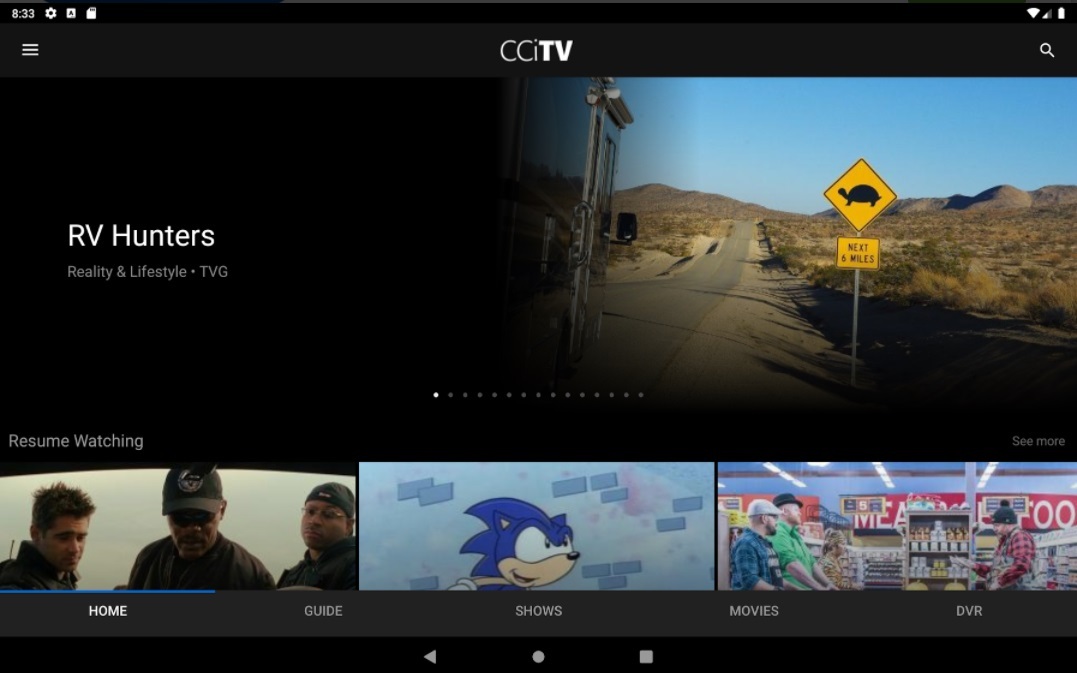 Consolidated launched the app-based CCiTV service in 2019 in partnership with MobiTV, the video tech and software company that is now part of TiVo.
(Image source: Google Play)

Broadband represents the bulk of Consolidated's customer base  it ended Q1 with 794,224 data/Internet connections (up 2,024 from the previous period), compared to 73,986 video connections (down 2,055 from the prior quarter).

To aid its broadband push, Consolidated this week struck a deal with DZS to bring fiber-based gigabit services to 1.6 million locations, a plan that factors in DZS's line of XGS-PON combo and 100-Gig aggregation cards.

Consolidated's decision to back away from its own pay-TV service and to instead focus on third-party streaming partners ties into a larger trend among many service providers that have taken a "broadband-first" posture focused on high-margin high-speed Internet services while de-emphasizing their own pay-TV services or ceding video to the market's myriad streaming options.

Consolidated's move also enters the picture following major changes at MobiTV. The streaming tech and software specialist filed for Chapter 11 bankruptcy in March and was later sold to TiVo at auction for $18.5 million.

TiVo confirmed earlier this month that more than 90% of the National Cable Television Cooperative (NCTC) members that were relying on MobiTV for IP-based streaming TV services had opted to stay with the platform in the wake of the TiVo transaction. TiVo and the NCTC struck a new master services agreement last month.

While Consolidated, one of hundreds of NCTC members, will continue to support existing CCiTV customers for the foreseeable future, it's likewise clear that the company has decided, from a longer-term perspective, to cap its own streaming TV service as it instead puts more weight behind partnerships with third-party streaming services delivered on Consolidated's broadband network.