"What is articulated in those letters is really unfounded," Stankey said Monday at the UBS Global TMT Virtual Conference.

He was referencing a December 4 letter to the US Department of Justice signed by about 30 members of Congress arguing that the proposed transaction "raises significant antitrust concerns." The letter also seeks to determine if the deal might "reduce the amount of diverse and inclusive media and entertainment content available to consumers." 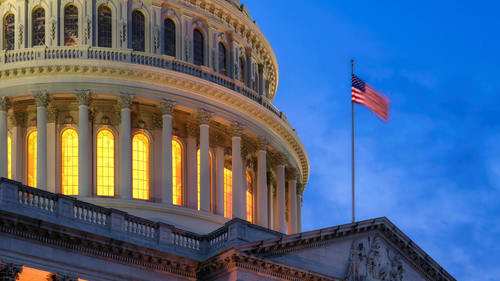 "In particular, the merger threatens to enhance the market power of the combined firm and substantially lessen competition in the media and entertainment industry, harming both consumers and American workers," the letter argues. "In light of these concerns, we respectfully urge the Department to conduct a thorough review of this transaction to ensure that it does not harm American consumers and workers by illegally harming competition."

The merger, announced in May, is undergoing regulatory approval and is expected to close sometime in the first half of 2022. Stankey is confident of that timeline. "I feel good about the process, is the net of it," he said Monday.

Current Discovery CEO David Zaslav is slated to become CEO of the combined company. Both companies have recently launched their own direct-to-consumer streaming services – WarnerMedia launched HBO Max in May 2020 and Discovery unleashed Discovery+ on January 4, 2021.

Stankey said Congressional scrutiny is nothing out of the ordinary. But, he argued, the "foundation of their concerns" expressed in the letter is "not very strong."

"Having been through a number of these [mergers] in my career, getting letters from members of Congress is not unusual," he said. "When you have a lot of members of Congress, there's always going to be those that have a different lens they want to put on something."