With partial 4K coverage now a regular staple of NBCU's Olympics coverage, the programmer and parent company Comcast have started to push toward the next big leap in video resolution: 8K.

But that push does not yet include the TV screen. Instead, Comcast NBCU will initially deliver more than 150 hours of live and on-demand Olympics coverage in 8K in the form of a virtual reality app on the Meta Quest 2 app store. Launched in the fall of 2020, the Quest 2 is Meta's current-gen, fully contained VR headset that starts at $300. 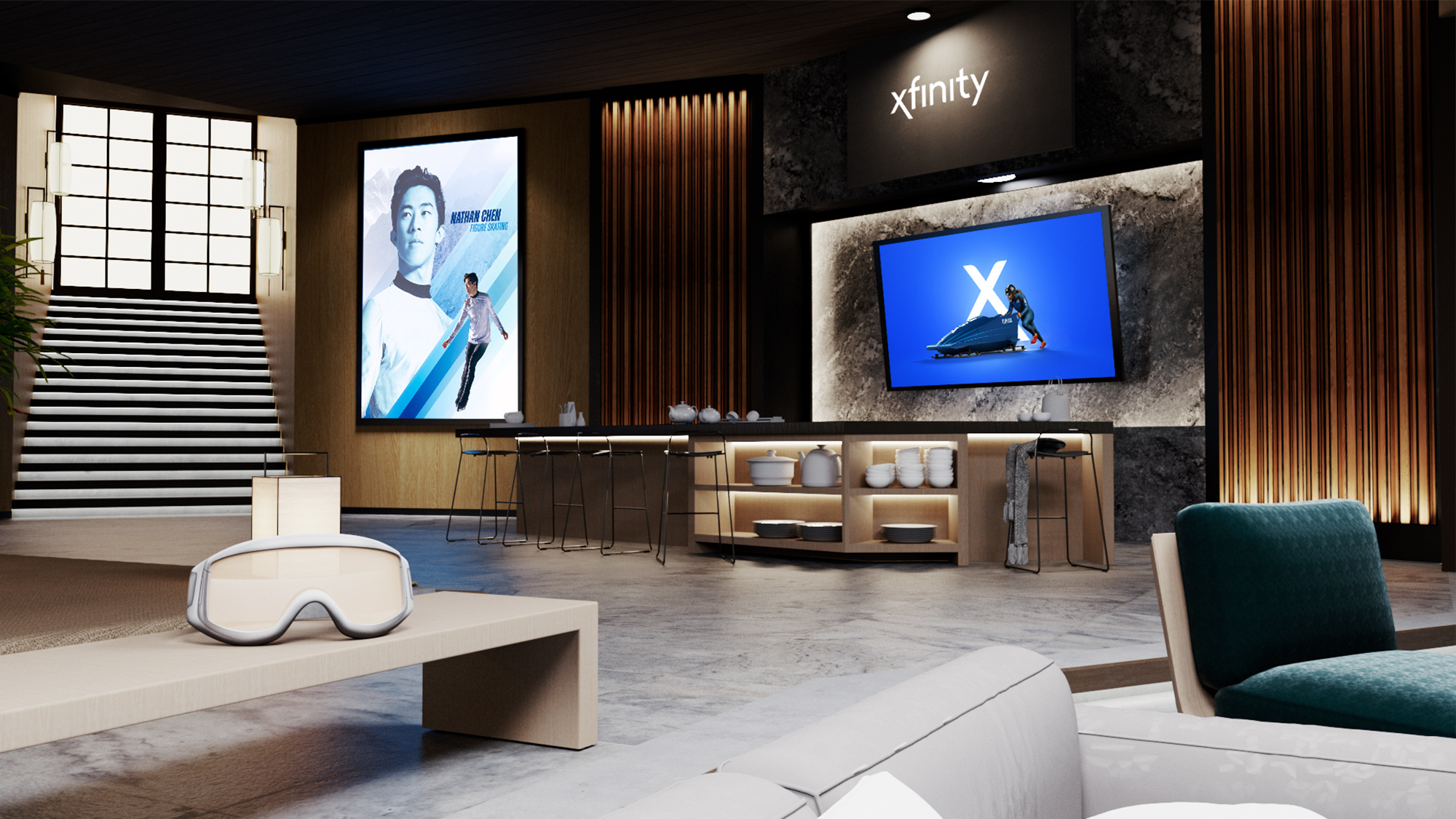 The app, tailored to the Meta Quest 2, will provide access to more than 150 hours of live and on-demand Olympics coverage in 8K.
(Source: Comcast NBCUniversal)

Speculation about sales of the Quest 2 units have been all over the map. Last November at Qualcomm's investor day, Qualcomm CEO Cristiano Amon suggested that more than 10 million Quest 2 headsets have been sold. The chipmaker later clarified that figure as a third-party estimate rather than "an official disclosure of sales numbers by Meta or Qualcomm."

But during its Q4 earnings call this week, Meta claimed that Quest 2 hardware sales have been strong, with people spending more than $1 billion on Quest store content. Meta's Reality Labs unit posted Q4 sales of $877 million, up 22% year-over-year, attributing the growth to solid Quest 2 sales during the 2021 holiday buying seasons.

An app for that

8K content delivered via the Comcast NBCU VR app will include the opening and closing ceremonies from the Winter Games in Beijing, along with select coverage of events such as figure skating, alpine skiing, bobsled, ice hockey and snowboarding.

The app will also enable a viewer to host a "watch party" from a virtual suite with up to three friends who also happen to have the Quest 2.

Access to the NBC Olympics VR by Xfinity app is now available for download from the Meta Quest 2 app store. It isn't limited to Comcast, as all US pay-TV customers can gain access to it with their TV Everywhere credentials.

While this is a VR first for Comcast NBCU, it's not the first time NBCU has used the Olympics to showcase the potential of 8K. Back in 2012, the company demonstrated a sampling of Summer Olympics coverage from the BBC in the eye-popping format.

Although 8K content for the 2022 Winter Games is limited to the Quest 2, access to NBCU's coverage in 4K, Dolby Vision HDR and Dolby Atmos (about 180 hours in all) will be a bit more widespread and available to several US pay-TV distributors such as Comcast, Altice USA, FuboTV, Verizon, YouTube TV and (with a 24-hour delay) via DirecTV.